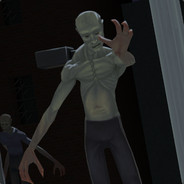 A group of testers for Reanimated Games. Current focus is private beta of Deadburg.

I've just pushed out the Deadburg Steam page . And those who take a look might see there is a release date listed, 3/15!

There will be weekly releases in test up until the release date. Thanks to everyone who has helped out so far, and double thanks to those of you testing the recent builds.

Keys will be going out right after this announcement is posted. I'll be checking Steam fairly regularly and will try to send out keys as fast as possible. If you haven't already please send me a friend request and I'll get you a key!

Setting Expectations
This is the first semi-public test of Deadburg on the PC. It will have a lot of issues. I'm going to try to fix them as fast as I can, but the game will crash on you and it's likely you will lose progress. If you want to have a smoother play experience I would recommend waiting for a week or so as the issues are discovered and patched up.

The game content is identical to the last patch Xbox 360 content. So you will not be finding new weapons/items in this build. They will be added in updates during testing, but right now the focus is on making sure the core game is stable on the PC.

There is no controller support in the current version. I've already heard from some people about that and it may change in the future, but right now it's keyboard and mouse.

Issues/Bugs
If you hit a crash, found a bug, or just want to tell me why the game sucks, you can do so from inside the game. Simply hold B+U+G and you should see a simple UI where you can send feedback to me directly. Please use this as often as you like.

FAQ
Is there an NDA?
Nope, no NDA. If you want to share screenshots, videos or simple descriptions of the game feel free. I would ask that you mention the game is in early test if you do decide to share it somewhere, but I won't be tracking people down if they don't.

Thanks for participating!
Just wanted to thank you folks for following the game and helping out with this test.

Oshawott Mar 3 @ 9:43am
I think it is time I join your discord server

MasterHalo Feb 6 @ 2:40pm
Our prayers have been answered boys