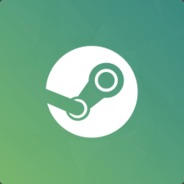 A gorgeous theme for your Steam.

Pressure²
Pressure² is a blend of beauty and function. Every part of Steam has been carefully considered and reworked to create the most fluid and wonderful experience possible, by blending Google's Material Design concepts with added flair Steam looks gorgeous.

This skin is no longer actively developed by the creator, Dirt Diglett, the 1.1 release works as of 16th August 2018.

Post any issues or bugs directly on to the GitHub Issue Tracker for the project.[github.com]

Pressure1 is still available too (Also not maintained by Dirt Diglett).
Download from GitHub[github.com]

Pressure² isn't for everyone.
Everybody's different, so not everyone will love this skin. If you don't there's some other great skins to check out that may appeal to you:

Still no plans to actively update the theme in the future, just was an easy few fixes while the latest update was fresh.

If you haven't already, read the 1.1 release: Download here[github.com]

Lots of shit.. couldn't be bothered doing one. Lots of stuff changed. Go look at the commits to see. As far as I can tell now, everything broken has been fixed.
https://github.com/DirtDiglett/Pressure2/commits/master

REGARDING DARK AND LIGHT THEMES.
Light's the default theme, but I've attached a pre-configured dark theme zip to this release to make it easier on you guys.

If you've got the Light theme and want to go to the dark theme, copy out the contents of the + DARK MODE folder, overwrite the files when asked. Open theme.ini and follow the instructions inside.

TWO SPECIAL THINGS OF NOTE:
1. Valve have shown that the future of Steam clearly does NOT include theming/skinning, so Pressure² and all the other Steam skins are now a dying breed. It's just a matter of time.

2. I lost interest in this stuff a long time ago, I've dragged myself along kicking and screaming to get this skin to you guys whenever I can muster the motivation... but enough is enough. This is my last release of Pressure². It either dies with me, or you guys work together and keep it updated hereon. I'll jump on regularly when there's pull requests and vet them and merge them in as needed going forward but I won't be actively developing the theme anymore.


It's been a fun ride guys. You're all beautiful humans and the only reason I've continued as long as I have is your support.

Dylan Jan 5, 2021 @ 10:59pm
Are there any skins that are compatible with the current version of Steam or have the client updates completely left the concept behind?