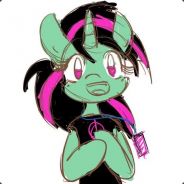 Just some maintenance here. Updated some links, added some upcoming events, spring cleaning n such. Also, we have a Minecraft server - mc.pixelponies.moe. Strange things are afoot at the swamp. Buzz buzz.

In case you missed the memo on the tumblr, as primary Phase One for our plan on actually having a functional legit website and junk we've got forums up and running now. Check 'em out at http://forums.pixelponies.moe/. There's already a forum-based graphical text adventure thing going on there (think Homestuck with far less candy corn and far more eldritch horrors) and we'll be rolling out some new features as fast as I can get around to it (info on some l4d2 games being highest priority atm).