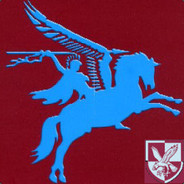 The 16AAB as a Gaming squad was formed back in 2001, playing Novalogics Blackhawk Down. The Group was formed by Ex Military and brought real world training and tacticcs to the Gaming world.
After BHD, we moved in to Novalogics Joint Operations, where we ushered in a High Realism based server which lead to the creation of the reality Mod for Joint Operations, the first ever officially appoved mod for a Novalogic Game.
After Joint Ops became stale, we wandered through the gaming wilderness looking for a new home. We Tried Arma, but its poor netcode and Addon hell failed to meet our needs. We have spent time in BF3, Fuel of War, Bad Company2, Insurgency, BF4. None were fitting our needs.
Now in 2017, We have found our new home, and that home is "Squad" which looks like it will be exactly what were looking for. The mix of playablility and realism is almost perfect.
ВСИЧКИ
ПОПУЛЯРНИ ДИСКУСИИ
ВСИЧКИ (5)
СКОРОШНИ АНОНСИ
TS server change
11 април 2018 - Rambo16AAB | 1 коментара