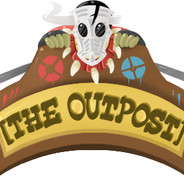 The Outpost (OPST) is a community who love to play games and have fun while playing. We primarily host Team Fortress 2 servers, but we do host other servers for different games on occasion. Feel free to join the group, sign up on the website and wear our tag if you support the group. We encourage a friendly environment on our servers and respect each other.

I would like to apologize if anyone thought I was abusing the other night when DR went down. The issue was that in the process of fixing an issue we have been having recently on the server I accidentally moved the config folder into the model folder, thus when the server moved to the next map, it crashed. The joke I made about switching to 2Fort was a joke, I always make it when map votes happen. I apologize to anyone who thought I actually crashed the server because I didn’t want to play the map, that was not my intention, it was just a mistake I made while fixing issues with the server.

OPST has decided to move forward with our expansion of games! Today we are launching our minecraft like world of ECO, for those who have never heard of ECO, ECO is a sudo Survival game, i say "sudo" because there is no "death mechanics" but if you dont work with other players the planet will be destroyed by an astroid, Or by your actions.

You can find our server here!