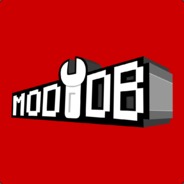 ModDB is the largest website for players and game developers who want to create and play something different. Mod the game.

At ModDB, we are huge believers that mods bring out the best in games. From the moment we launched ModDB in 2002 and started playing mods like Chivalry: Medieval Warfare, Insurgency, Killing Floor (and so many others) we were hooked. Today, indie games like RimWorld and Cities: Skylines with incredibly active modding communities inspire us, and reinforce our belief that enabling the creativity of the community is a very powerful thing.

Two years ago we started working on mod.io, an open mod API[mod.io] for game developers (much like Steam Workshop) that allows user-friendly browsing, uploading, and installation of mods. With mod.io we are building a highly customizable drop-in platform to support mods (for studios large and small), that has allowed us to work closer with game developers than ever before.

Now that mod.io has approached the point where we are ready to onboard games to further our vision and help developers succeed, we are proud to announce a brand new initiative: Modularity[modularity.games]. Modularity is a new games publishing division with a focus on investing in and supporting games that are created by modders, inspired by mods, or have strong modding support themselves.

Modularity is looking for the next generation of games that have the chance to stand tall as mod-focused titles. Games with a fierceless independent streak. Games that dare to do something different. Games that, in finding success, steer the industry in a whole new direction with their creativity, innovation, and strong sense of identity. Find out more about Modularity[modularity.games] and reach out[modularity.games] if you are building something related to mods.

Modularity is thrilled to announce its debut title under the label, Meeple Station - a highly moddable[meeplestation.mod.io] space station building simulator inspired by deep and creative simulations like RimWorld and Dwarf Fortress, Meeple Station lets you build and manage a habitat for your meeples, all while surviving the dangers of deep space like meteors, pirates, and deadly alien encounters. Buy it now and see you in space! 🚀❤️

To celebrate the DOOM launch, we’ve done a roundup of the best Doom mods of all time http://www.moddb.com/news/top-doom-mods you’re welcome #DooM2016

Read More
VIEW ALL (5)
STEAM CURATOR
ModDB reviews
"We've been around for 10+ years. Here's our collection of the best moddable games at all time, which we have a whole lot of mods for you to play and enjoy!"
Here are a few recent reviews by ModDB