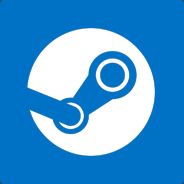 A skin for Steam inspired by Microsoft's Metro UI.

Download here![metroforsteam.com]
Settings App[metroforsteam.com]
If you enjoy Metro for Steam, please consider listening to my music on Spotify[open.spotify.com], Bandcamp[domdraper.bandcamp.com] or any of your favorite streaming services! As always, thanks for your support!

My curiosity got the best of me so I looked into adding support for the new library. I was initially planning to wait for the stable release for fear it would break Metro users not yet on the beta, but it turns out that fear was unwarranted! A fix is possible that supports both the stable and beta releases! This release also includes a couple of layout bugs I found while looking around the client. Check out out the full changelog below!

I just wanted to drop in and share some details regarding Metro and the new Steam Library beta.

We are, indeed, approaching the end of an era as Valve introduces newly overhauled portions of Steam. With these overhauls comes the lack of ability to officially theme the client like we could in the past. One can hope that Valve reintroduces theming support at some point in the future! Should they not, then I would be remiss if I didn't say that this was one hell of a ride! That said, I'm really glad we experienced it together.

Until next time,
Dom

Edit:
Reading through the comments is always so heartwarming. Y'all are so kind.

Jul 4 @ 8:01am
@WikWikLMU: the downloads are on the top right download button. If you look closely it has a progress bar below it

WikWikLMU Jul 4 @ 7:50am
Why cant i see the downloads at the bottom of the application?

Jun 29 @ 1:13am
@The Doom Slayer: library can no longer be skinned. However there is an alternative by using a third-party app. Check the unofficial patch discord channel for more info.

restaurant cucumeu Jun 27 @ 9:38am
Change the library, this new ui is irritating me

Mar 24 @ 9:39am
@nvm: valve changed how the library works so that cannot be changed by official means. Check out the unofficial patch discord group for a way to skin those
< >
VIEW ALL (32,894)
GROUP MEMBERS