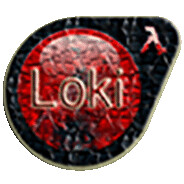 I moved to https://lokiservers.net be sure to update any links you have and check out the additional player stats.

Server Admins have been discussing my server rule regarding placement of mines and hidden doors. The following explains the finer point of the rule and how they are agreed to enforce it.

Legal
Any mine placed in front of hidden doors if the mine is clearly visible before accessing the door, and could therefore be destroyed without killing a player.

Any mine placed behind hidden doors if there is enough room between the mine and the door to allow use of the door without instantly killing a player, in other words 100% avoidable.

Illegal
Any mine placed behind a hidden door that kills a player as he enters, without leaving enough room to have avoided the mine.

All players are asked to keep it all simple, the rule does not need any further debates. The above should make it clear that we still encourage fun with mines, but we know they can sometimes be tedious. Mistakes made and not repeated will be forgiven, but players intentionally ignoring the rule as explained above - risk being kicked or banned from my servers.