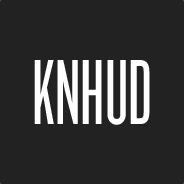 A competitive and minimal HUD for Team Fortress 2.

Found an old version of KNHUD hidden away in my Dropbox.

Do whatever you want with it, most of it seems to be working just fine. And no, I will not update it because potatoes.

Spycicle (Or whatever it's called)
Added support

Scoreboard
Reworked the scoreboard similar to what m0re did. There is now no seperate scoreboards as this one supports up to 12v12 natively.

Tournament spectator HUD
Reworked it to show team colors. (Peaked at yaHUD on how to remove the round corners"

Minor tweaks all over the place

The scoreboard and spectator hud is also the same as another little thing I'm working on.