Kagura Games is a publishing company that specializes in the translation, localization, marketing, and distribution of Japanese indie games. It started in 2018 and has since become one of the biggest publishers in the industry.

It originally started as a group of friends that were passionate about Japanese video games, culture, and language. After an 8 year period of translating various games and works, we decided to take the next step and become an official publishing company.

Now as one of the biggest and well known publishers in the industry, we're always looking to introduce more fans to our constantly expanding library of games, as well as work together with the best video game developers the industry has to offer.
Kagura Games Website 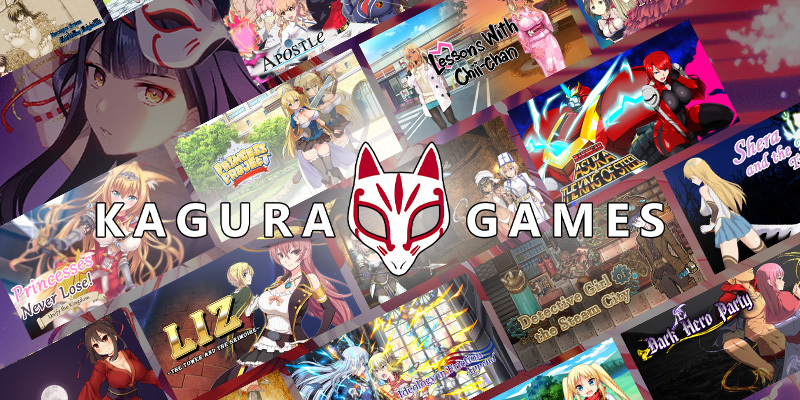 We are hosting another giveaway to give our wonderful fans a chance to win our games for free! Click HERE to view the giveaway and enter![www.kaguragames.com]

Good luck and don't forget to also follow us on our Steam Publisher page and join our Discord[discord.gg] to stay up to date with everything related to Kagura Games! 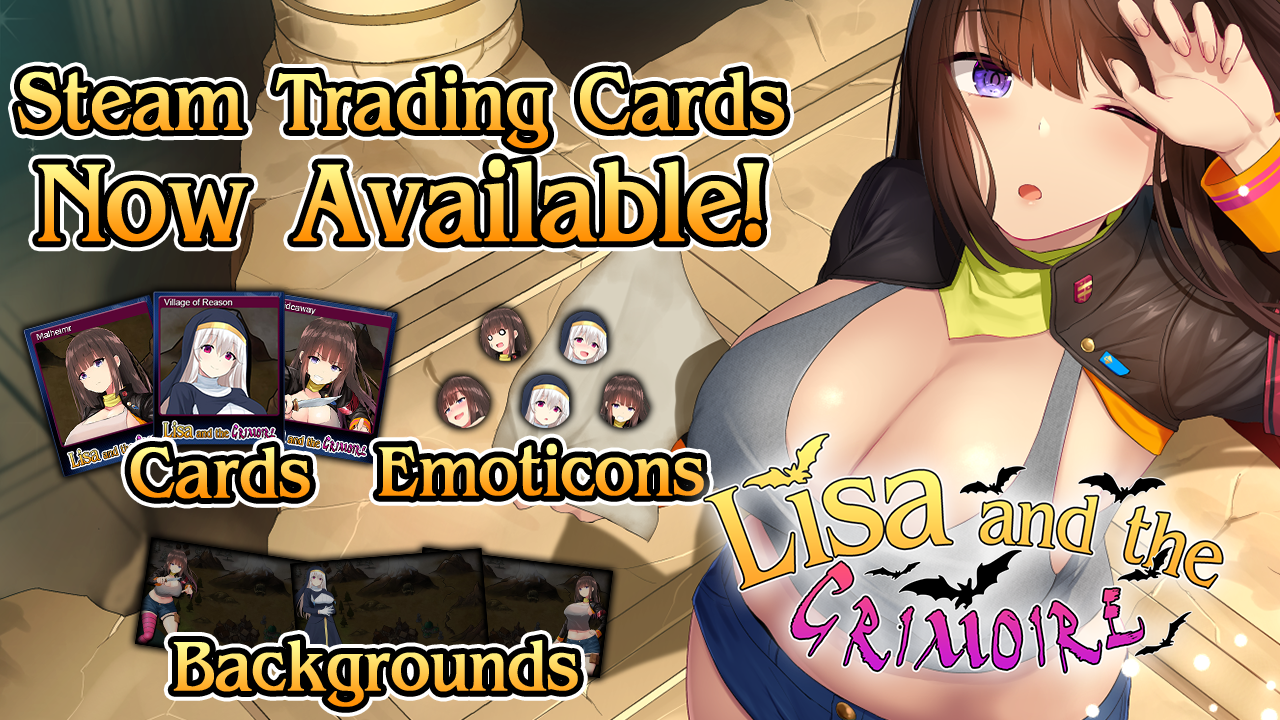 We're excited to announce that we have enabled Steam Community Items for Lisa and the Grimoire which means you can now collect trading cards, backgrounds, emotes, and badges of your favorite characters!

All you have to do is load up Lisa and the Grimoire and start playing for a chance to receive a drop!

Don't forget to also follow us on our Steam Publisher page and join our Discord[discord.gg] to stay up to date with everything related to Kagura Games!

Once again we want to thank you for all of your support and we hope you'll enjoy our upcoming releases!

Cage of the Succubi

Detective Girl of the Steam City

Explorers of the Abyss

Fallen ~Makina and the City of Ruins~

How to Build a Magnificent Kingdom

Lisa and the Grimoire

Liz ~The Tower and the Grimoire~

Marle: The Labyrinth of the Black Sea

Mira and the Mysteries of Alchemy

Obscurite Magie: The City of Sin

RaiOhGar: Asuka and the King of Steel

Reign of the Succubus

Serafina and the Oval Key

Shera and the Three Treasures

Sonia and the Hypnotic City

Tear and the Library of Labyrinths

The Curse of Kubel

The Demon Lord Is New in Town!

The Heart of Darkness

The Maiden, the Butler, and the Witch

The Song of Saya

The Triumphant Return of Diabolos

Tina: Swordswoman of the Scarlet Prison

Welcome to the Adventurer Inn!