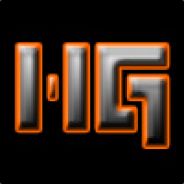 HonestGamers was founded in 1998. Ever since then, we've provided quality game reviews and related content for console, handheld, and PC games. Here on Steam, our goal is to make you part of that process, and to ensure that your own reviews reach an audience of PC gamers who love the hobby every bit as much as you do. We'll point you to the games we can't stop playing, we'll share your reviews that we love reading, and hopefully we'll all have some fun along the way. Thanks for reading, thanks for joining this group, and let's find some great games together!

Asguaard is your average turn-based RPG. That announcement should come as either great or disappointing news, depending upon what you're looking for in your faux-Japanese fantasy material. As expected, you assume the role of a teenage boy, venture through a fantastical landscape along with a dwarf, a unicorn, and a girl who's obviously your love interest; and stave off the forces of darkness with the power of friendship. However, there's one huge difference here: you aren't playing the usual, spunky, over-eager adventurer that usually pops up in titles like this...

Let's face it: if any of us were to jump into our favorite pieces of media, we wouldn't be the badass characters we think we'd be. None of us turn out to be the master survivor during a zombie apocalypse or the spaceship captain who effortlessly outmaneuvers an alien battleship. In fact, we'd more likely end up one of the millions of zombies roaming the country or dead among the floating debris in space. The same can be said for the roleplaying genre, especially if we're talking about our fifteen-year-old selves being transported to a fantasy realm out of the blue. That's what happens to this game's protagonist, Glen. He turns out to be your average, moody teenager who's socially awkward and lacks confidence. Basically, he's me from twenty-six years ago...

Glen makes his diffidence known straight off. A dwarf named Grom informs him that he's been randomly selected from the world of humans to help fight off an evil plague threatening the land of Asguaard. He informs everyone that he's possibly the worst person for the job, but decides to go along with the plan anyway because what choice does he have? Throughout his travels, he consistently bashes himself, doubts his talents, and mocks his teammates as if he's projecting his own insecurities onto them.

During a key event in the proceedings, Glen doesn't get what he wants from a particular exchange and ends up lashing out at his allies. He often shows what appears to be his true, ugly character, but you have to consider that his contempt comes from a lack of experience. Often, his pessimism crops up only to be proven wrong. He ends up feeling a tinge of remorse for how he conducted himself, and after a while he begins to change his tune. Midway through the campaign, we see him shed his initial self-doubt and overly critical attitude and shape into a more rational, clear-minded traveler. Honestly, that's how angst-ridden, buzzkill-type characters should be handled: as more dynamic folks with plenty of room to grow and mature.

Unfortunately, Glen's arc represents only one small facet that Asguaard nails. The rest of the storyline offers mostly forgettable material, from a one-dimension antagonist and his minions to a handful of fair-at-best plot beats. Your voyage mostly focuses on locating some items needed to complete your main objective. Though it's easy to recognize the imagination and creativity that went into dreaming up the game's many scenarios, you still conclude each act feeling a tad underwhelmed. For instance, at one point you travel into the depths of the planet itself, and somehow you come away not feeling even a little awed. The thing is it's hard not to dredge up thought of titles that executed that concept with due grandeur, like Final Fantasy IV. As a result, this adventure at times feels all the more meager by wearing its inspirations on its sleeve.

You can read the full review by clicking on these words right here.[www.honestgamers.com]

Want your own review to be spotlighted? Click here to find out how you might make that happen.

You Will (not) Remain is a (free) game about surviving the end of the world brought along by an eldritch abomination. Except, that’s just the background noise rather than the driving thrust of the game. There’s no controlling a ragtag group of misfits trying to take back control of their dying world, nor are you a desperate survivor sifting through the ruins to try and eke out a post-Apocalypse existence. There’s no need; you’re perfectly safe in your apartment. You have ample supplies, running electricity and a warm bed. To survive, all you have to do is stay there. The problem is, the only thing you have to do is stay there.

Going out to your balcony will give you a decent view of what used to be the city. The buildings are still there, but there’s a huge purple monstrosity nestled in among them now. That’s a cause for concern. Infrequently, your radio will splutter into life and warn you about it. You’ll be safe so long as you stay indoors, it tells you. Don’t go outside. Don’t have any contact with anyone who’s been outside. Just never leave your homes and don’t let anything in, and you’ll be okay.

It probably won’t take you very long to match Remain’s fantastical plight with the more mundane reality we’re all currently facing with that whole Covid-19 thing. That’s why it’s not about fighting monsters, but surviving the sudden isolation you’re forced into when the rest of the world is suddenly closed off to you. What’s left to try and fill your days? How do you cope when you used to have an entire world to explore, and now you’re limited to the tiny patch of it you call home?

You Will (not) Remain attempts to fill this with an easily exhausted list of mundane tasks. There’s a flower to water, I guess. And coffee to drink. You can turn the TV on, but there’s nothing going on there. Other than that, you can look outside now and then and see the world you used to be able to interact with. Quietly mocking you by existing. It’s very, very easy to consume the list of things you’re able to achieve, so why not just crawl back into bed and give up on the day? Give up on the week? Give up on the world?

You can read the full review by clicking on these words right here.[www.honestgamers.com]

Want your own review to be spotlighted? Click here to find out how you might make that happen.