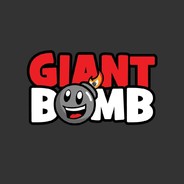 The unofficial Steam group for the Giant Bomb Community. We're into giants, bombs, and viewers like you!

(Please seek out the "Giant Bomb Staff" group if you are interested in curation or reaching the staff of Giant Bomb directly.)

Nikral and the fine duders over on the Unofficial Giant Bomb Discord chat server have been running Game Days for a little while now, which get a bunch of Giant Bomb fans together to play an online game. Typically they select older games with less active communities so that we can get together and play a game that might usually be hard to get a game going.

So far they have played Syndicate, Unreal Tournament 2K4 and Burnout Paradise. Tomorrow at 1PM EDT they are playing Dawn of War 2.

You can check out the details in the forum thread here: http://www.giantbomb.com/forums/general-discussion-30/giant-bomb-discord-game-day-1794899/

And you can join the Discord server here: https://discord.gg/0aqJaW1chMpCwYd5

Be sure to regularly check the thread and the Gameday channel on the Discord server for details of future games.

Good luck!! See you on the ice.

Blunc #rustclash Jun 5 @ 11:49am
Rate & Fav
Join my Steam Group & Their is Daily Giveaways on my discord ( linked in the group )