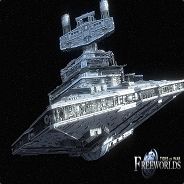 Many years have passed since the death of Emperor Palpatine at Endor. His death was a catalyst for the plucky Rebellion to become a legitimate government. However, the Galactic Civil War rages on.

Despite the loss of their Emperor, the Imperials continue to fight in an effort to reclaim worlds now lost to them. As the two galactic superpowers vie for supremacy, organized crime runs riot. Smugglers sneak in and out of territories, bringing illegal goods to those willing to pay top credit. The out rim worlds are a haven for those looking to disappear. In a time of war, mercenaries are in high demand: immoral souls, sold to the highest bidder to do the wet work of others. Pirates raid the space lanes, preying on unsuspecting traders for credits and their booty.

Alliances are forged and broken as factions attempt to gain a foothold in the galaxy.

Public Beta
If you follow us on Facebook or ModDB, you might be aware that we announced the period in which our Public Beta will start. The beta is a precursor to release, where will will set you loose in the mod to give you a feel for it (and find any bugs we might have missed). Soon after, the server will kick off for real and the battle for galactic supremacy will begin!

You can find the release window and a great infographic detailing our history here.

GalacticNews.net
For those that aren't aware, our resident Roleplay and Loremaster Darkforce has been running an in-universe news site! This site is active now in the leadup to release and will continue to function afterwards, bringing you the big stories from within the server events!

Check out the site and the latest articles here![galacticnews.net]
Read More
MODDB Awards are back again and we need your help getting in the vote
December 10, 2012 - Sushi | 0 Comments

We also show some of our latest features to breathe some life into Freelancer!

Nobelissimos Mar 8, 2021 @ 2:10am
Something like 12 years of development and it dies quietly and without anything to show for it.