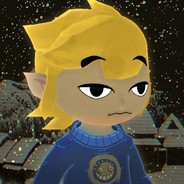 A steam group for the mixtape dropping, tech mastering nobleman of extreme gamesense and his fellow funkineers.

Join my discord instead
https://discordapp.com/invite/funkesgrotto

I stream constantly over on twitch. Check it
http://twitch.tv/funke

A new version of FUNKeHud has been released.

it's called 12,000 because version numbers are annoying to keep track of. I just made it really high this time.

This version is a modification of rayshud and heavily resembles the piximisa one i'm most known for. People have been asking for a hud update and this one is basic enough to get by. There are a few unmatched colors and untouched changes from previous versions, but I just wanted to make a quick version of the hud since enough people have bugged me for it.

Let me know of any hud breaking bugs or issues in the HUD thread of my group.