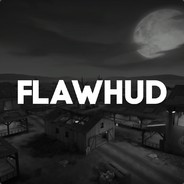 Credits
Help
If you need help, found a bug or have a suggestion, open a support ticket on GitHub[github.com] or join our Discord server[discord.gg].

Supporters
Special thank you to those who are sponsoring this project via GitHub Sponsors[github.com]

[BR]SaltyGuy Nov 2 @ 7:56am
How do i get mine to have the health numbers like in the imgur screenshots?

Zuf Mar 7 @ 4:10pm
I have a problem: Is it possible to see my K/D ratio while in game, because I only see it when a match ends

Dick Cocker Jul 19, 2021 @ 7:41am
I'm really sorry if that's a feature, but my player scoreboard seems to be really stretched when there are more than 6 players on each team. Is there a fix for that?