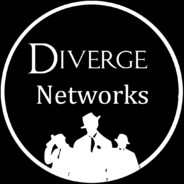 ▷ Diverge Networks:
A multi-purpose online community founded in late 2020. Diverge was founded to provide high quality and enjoyable Garry's Mod servers to those who are fed up with uptight management and poorly made servers that exist within the game. As time has progressed we've adopted more servers and ideas. Feel free to join our Discord, browse our forums, and see some of our Garry's Mod servers below.

▷ 1980's Mafia Roleplay:
1980's American life in New York City. Organised crime is at an all time high, as quick as the police are to solve a murder 5 more are to happen. Create your character and your story, and venture out into the rough streets of New York. Be anything from a low paying city worker to a rich City Councilmember. Choose your path civilian, criminal, government, or law enforcement. It's your decision, your path, your character it's up to you what to make of it.

Type in your console:


- Remove travel cooldown entirely. No more waiting 12 hours between flights.
- Flights will now cost $100.
- Price of oil temporarily cheaper in Miami.
- New cars that can only be bought in Miami, all with customisation such as spoilers. (Yes you can go back to new york and use these there)
- Lowriders with lowrider functionality. (Arrow keys)
- Implementation of "sub rackets". Drugs will be marked as being shipped in Miami or New York when collected, and will state such in its description. It can then be taken to the opposite city and sold to a faction who has a sub racket for that drug, who can refine it and sell it for more profit than processing and selling it normally would. Can only process and sell in the opposite city of where it was collected, giving drug trades reason to head to the opposite city. Contact your faction lead for more info.
- Dozens of new cassettes.

Mar 25 @ 7:00am
IMPORTANT:
The steam group is not monitored nor used. Please direct any enquiries to the official Diverge Discord server, or our forums:


How do I get my cigarette for joining?
- Make sure your steam account is set to public and simply reload your character in-game.