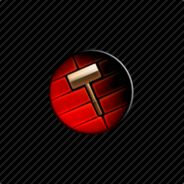 Welcome to lDCCl, we are a gaming community currently trying to get new active members. make sure to check out or website at: http://dccstudios.co.uk

We also have a creative part of this group. Find it here:
http://steamcommunity.com/groups/DragonClawStudios

Hey all! i decided to set up a Discord server which you can join at:
https://discord.gg/VM9U5ry

In case you do not know what Discord is:
I would describe it as a combination of Skype and Teamspeak.
You have the instant, personal messages between people as well as the profile and easy to access UI from skype. But also have the functionality of text and voice channels where people can drop in and drop out as they want, whenever they want. There are more advanced features ofc. but this should suffice for a brief explanation.

Right now, i am playing ARK: Survival Evolved with some from the community and realized that whenever i start playing something different with other people, we end up make another Discord server which is becomming harder to keep track off.

Therefor i would love to see some merging going on instead to clear up the clutter.

Since i have a relatively good idea on the sub-groups of people who know each other, it also makes it easier for me to assign administrative rights.

I hope that at least some of you would like to take part in this initiative so that we can gather people with similar interests :)

That is all, see you around!

TLDR: Come on Discord and hang out, it is free and you might meet new awesome people.

PS: I recommend getting the desktop app as the browser version has some issues with microphones.