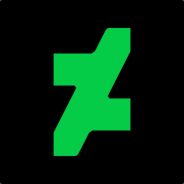 DeviantArt (formerly stylized as deviantART from 2001 to 2014) is an online community showcasing various forms of user-made artwork, first launched on August 7, 2000 by Scott Jarkoff, Matthew Stephens, Angelo Sotira and others. DeviantArt, Inc. is headquartered in the Hollywood area of Los Angeles, California, United States.

DeviantArt aims to provide a platform for any artist to exhibit and discuss works. Works are organized in a comprehensive category structure, including photography, digital art, traditional art, literature, Flash, filmmaking, skins for applications, operating system customization utilities and others, along with extensive downloadable resources such as tutorials and stock photography. Additional utilities include journals, polls, groups and portfolios. "Fella," a small, devilesque robotic character, is the official DeviantArt mascot.

As of March 2013, the site consists of over 25 million members, and over 246 million submissions, and receives around 140,000 submissions per day. In addition, DeviantArt users submit over 1.4 million "favorites" and 1.5 million comments daily. The domain deviantart.com attracted at least 36 million visitors annually by 2008 according to a Compete.com study.[6] As of July 2011, it is the 13th largest social network with 3.8 million weekly visits.

-Dead-Angel- 1 hour ago
https://steamcommunity.com/sharedfiles/filedetails/?id=2898483930
Tell me what you think :D