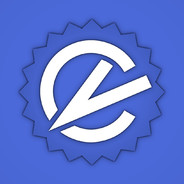 -Updated structure of personal stats and all tables over the site and slightly improved design
-New preloader
-New system of counting bans. Once player get ban, everyone who played with him will have him as "Banned", not only the one who added a match
-Added stats for last week and last month
-Added detailed stats
-Added "Recently added matches"
-Added "friends" tab
-Weapon points of "Rifler", "Sniper" and "Eco warrior" were removed, instead of them added new Player's Style, which is trying to shortly describe player's choise of weapons. This system still WIP
-Updated all tables in MM stats and added "Add. statistics" where you can find some of previously removed stats and newly added "Time for last 2 weeks"
-Updated bans tracker
-Updated navigation panel which is now containing search field
-Many many other different big and small changes. Some functions were temporarily disabled but will be enabled ASAP(such as "News", intuitive icons for Player's Style and detailed description of some stats elements)

Tweaked drop rates depending on revealing odds for Chinese version of CS:GO. You can find more info here: https://redd.it/6zd9yx