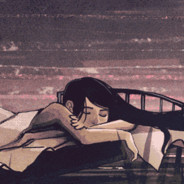 This update brings mounting support for both The Stanley Parable and Fistful of Frags. Like any other supported game, you can mount game directly from the main menu (as long as you own them on Steam and have them installed) or via the mount.cfg configuration file (as long as you have the game content downloaded). This update also addresses a long standing issue of voice chat quality. With the changes in this update hopefully voice chat in Garry's Mod will sound much better than it used to. The new changes may cause the voice chat to be quieter than it used to be, but this is something that people will need to adjust in either the updated Voice options tab or in their PC microphone settings.

Misc highlights from the changelog:
- There's a new Steam Voice Options tab in the options menu.
- Godmode now works in singleplayer.
- Max FPS can now be changed while playing, instead of only on the main menu.
- The Facepunch logo has been changed on the startup screen.
- Balloons, Buttons and Emitters can now be made transparent through the alpha channel on the Color tool.
- Spawnmenu search prop indexer now uses a notification with a progress bar over the blue progress bar.
- Weapons dropped by players no longer give extra reserve ammo when picked back up.
- Added expected download size for Workshop file downloads when connecting to servers.
- Added icons for the 2 new CS:GO maps and for maps from new mountable games.
- You can now use tools like Balloons on brush entities such as GM Construct's colorable room and the mirror.

Please make sure to keep your game up to date on Steam, as we will be updating the server to this version shortly and you might not be able to play on the previous version!

It's nearly the end of the month which means the default map on the sandbox server needs to be changed. However, instead of just changing it myself like I've been doing in the past, I'll let you all vote for one!

The vote will continue until the 1st of May at 12:00 PM BST, at that point the votes will be collected and the default map will be changed! (Make sure to check our Discord #updates channel for whenever the vote concludes to see the final vote.)

Have your say here! https://conspiracyservers.com/map-vote