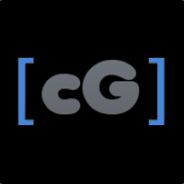 CompactGamers is a gaming community that hosts fun Garry's Mod servers for you to enjoy your time on.

This group isn't the place to seek help or talk with other people. Visit our forums[compactgamers.com] to do that instead.
VIEW ALL
POPULAR DISCUSSIONS
VIEW ALL (2)
RECENT ANNOUNCEMENTS
[cG] is returning!
December 5, 2020 - TRUMP 2020 | 164 Comments

Hello, it's me, Dan. I'm restoring the servers this month. It looks like the quality of servers in the game modes we hosted are still inferior in comparison to ours, and I mean that in the most respectful way. I still do miss the servers and all the features and work that was put into them. I also should have never taken the servers down in the first place, but it doesn't matter now. The servers won't be as popular as they once were, but we can for sure collectively aim to bring them to decent counts daily. The game itself has lost a significant amount of its player base, as predicted and as clear as day now, but it's alright.

I will also restore forums (compactgamers.com) too. Everything in database will be dated to date of shutdown. All donators will still have status, points will have, etc.

I will still occasionally make updates here and there probably in-game.

I continue to remain nostalgic of this community. I am grateful for the ability to have grown it from nothing to what it had reached, along with the experience that came with it.

My only regret is not keeping it up a little bit longer, but either way it must have come to an end now or later.

Share any saved screenshots or videos of gameplay or similar below for remembrance.

MackNCheeses Jul 26 @ 10:58pm
Still think of this group to this day tbh

Dart Runner Jul 26 @ 8:44pm
Ngl cG really was so much better than most servers. RIP