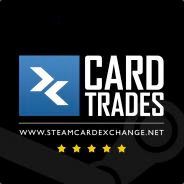 Azure Fang
View Profile View Posts
Jan 31, 2017 @ 3:00pm
[PSA] Removed Games Cards Becoming "Not Marketable"
Looks like Valve is finally cracking down on the profit loophole for some games. Games that have been removed from Steam are now seeing their cards, emoticons, boosters, and backgrounds labeled as "Not Marketable".

According to official postings on r/Steam, only games removed from the store due to violations will be affected.

About 2 days ago community items (trading cards, emoticons, backgrounds) for games removed from Steam by Valve, for things such as fake reviews, were made unmarketable. All listed items on the market were cancelled and returned to the inventories to their owners, the market pages for the items still exist but they are now useless.

Games removed by the devs themselves are uneffected. i.e. Football Manager 2013 items are still marketable while something like Lemurzin items are not.

The following games's items have been confirmed to be delisted from the Steam Community Market. While not marketable, items associated with these games remain tradable. Italicized games have had their badge page stripped and cannot be crafted - avoid at all costs!

12/03/2017
Due to API changes, a list here is no longer necessary! A system generated list of banned games can be found on this Steam Tracker page[steam-tracker.com] - any game found on this list will be market banned, and this list is updated in real time.

Originally posted by GermanDarknes:
Admins/Mods should have the ability to edit your post :)

Just wanted to make sure :)

I'll try to check the bot's inventory regularly to find any new hits, though Steam really dislikes loading its size (how do you manage it?!). Will probably see to updates around 10:00 PST.
#5

Azure Fang
View Profile View Posts
Feb 3, 2017 @ 2:51pm
A clarification has been posted to r/Steam in regards to these banned cards: https://www.reddit.com/r/Steam/comments/5rqv0s/community_items_for_banned_games_are_now/

Basically, only games that are removed from Steam due to violations, such as review manipulation, will have their associated items become unmarketable, but they will remain tradable. Updating the OP to reflect this update.

Also, testing SCE showcase page links for now. We'll see how long it takes the post to hit character limit to see if they'll be viable.

EDIT: I'm pausing edits on my end for today. As of 1600 PST, sets are being rapidly delisted, causing inventory stability issues while I'm trying to dig for hits. I'll edit in more updates when I get off work tomorrow (0700 PST) when nobody will be awake at Steam HQ. Looks like the entire Digital Homicide library is being delisted, one set at a time, while I finish this sentence

Anybody, please feel free to post any sets you may run across not already listed in the OP. I'll save me time digging through the many trading bot inventories on the ASF bot list[asf.justarchi.net].
Last edited by Azure Fang; Feb 3, 2017 @ 3:56pm
#6

duckymcquackers
View Profile View Posts
Feb 3, 2017 @ 5:39pm
So steam will give us a refund on all of these cards that we have spent money on, that our now worth nothing.
#9

Originally posted by duckymcquackers:
So steam will give us a refund on all of these cards that we have spent money on, that our now worth nothing.

Originally posted by duckymcquackers:
So steam will give us a refund on all of these cards that we have spent money on, that our now worth nothing.

Which of these games you bought from Steam store? I guess you activated them from free Steam keys provided by developer. You paid nothing, you can ask for nothing
And next time you can write to us from your main account:
http://steamcommunity.com/profiles/76561198004962322
You idled enough to get profit lmao
#11