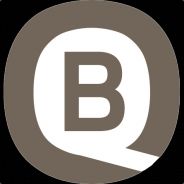 We also have gaming events, where we pick a game to play together. That way we get to know each other and playing together is more fun.

This group is for active members who like sharing and playing together.

Website
We got our own Bundle Quest Website[www.bundlequest.com] to keep track of the giveaways and ratio.

Rules
We are about sharing games fairly. This means that everyone is required to keep a 1:1 ratio. So to be part of this group you also have to give games.

If you got any more questions, one of our officers is glad to help you.

Bundle Quest is zeven years old and is looking for a few more members who love bundle games!

If you know any good candidates, please point them to the recruitment thread.
https://www.steamgifts.com/discussion/ThXS6/bundle-quest-is-recruiting-and-looking-for-a-few-more-members-who-love-bundle-games

I like to think that Bundle Quest is a group of nice, generous and fun people. And it's no coincidence that those are exactly our group rules. And to elaborate a bit on those it was written down in the FAQ on what be nice, be generous and be fun means. One of those points is to not blacklist other members.

It's my personal opinion that blacklisting is a terrible function present on SteamGifts. I've seen people use it for all sorts of petty reasons, like they gave games to the wrong group, they gave the wrong games, they don't like how much someone has won, they don't like their opinion on the forum, just because they are having a bad day and go into a rage, etc. Frankly, I hate blacklisting. It's a slap in the face to find out someone excludes you and such behaviour should not be part of Bundle Quest.

Unfortunately I get more and more reports of members blacklisting each other. And then they come to me to settle things or worse force the other to change their behaviour. Thing is though, that my personal life is pretty busy and I just don't have the time to mediate in these problems.

A rule that can't be enforced is a bad rule though, so because of that I'm dropping the rule that it's forbidden to blacklist. I do still frown upon blacklisting other members though, so don't be surprised that if complaints come in, it will be taken into account if you are nice, generous and fun.

The FAQ was updated to reflect this change.