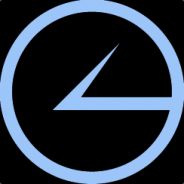 This group is for fans of BlueLine Games and of board games in general!

Discuss any of our games, which games you'd like to see us make next, or just chat about game development or tabletop games. :)

We are happy to announce that we have just launched a Kickstarter for our newest game: Lost Cities! It uses the same great engine that we've been growing over the years for our other games. The game will be available for Windows, Mac, and Linux, as usual, and we hope to use the Kickstarter to fund a bunch of translations and a few other new bells and whistles. We hope you'll take a few minutes to check out the Kickstarter:

We also have already put out a demo for the game that you can check out on the Lost Cities Steam page:

Thanks for your continued support of BlueLine Games! Enjoy!

Read More
Khet 2.0 is now in French, everything is on sale!
January 26, 2017 - ≓Sean Colombo≒ | 0 Comments
Vive la France!
Special thanks to Milouze for the French translation of Khet 2.0!

We're doing a sale on all of our stuff for a few more days:
http://store.steampowered.com/search/?developer=BlueLine%20Games

Free Chessage
Keep in mind that if you own 3 games (DLC doesn't count towards that) then Simply Chess will automatically grant you a free key for Premium on the first time you would have seen a cross-promotion (if not sooner). It's our way of saying "thank you" for being a loyal BlueLiner!

Dem Sales
For those of you who track sales, I'll save you the time: Hive, Khet, and Othello are at max-discount that they'll likely go to. Tatsu and Simply Chess are both at a higher discount than they've ever been at before.

PS: Just a little teaser, but our next game is going to be Lost Cities by Reiner Knizia! https://boardgamegeek.com/boardgame/50/lost-cities
Read More
VIEW ALL (10)
STEAM CURATOR
BlueLine Games reviews
"Quality Indie Games and Board Games. Disclosure: Many of these games are by us (that should be easy to see) or developers that we know personally."
Here are a few recent reviews by BlueLine Games

Gahbbriehlu Jan 7, 2021 @ 6:59pm
In the Simply Chess game, you could improve the game mechanics, make it faster, also put an analysis and replay option on the matches, this would greatly improve the application. Thanks for listening.

peter.the.knotter Mar 28, 2020 @ 6:20am
I would like to add my wish for "Shogi" The varied promotional aspect of the game where each type has personalised promotion outcome is fascinating and fun.... :)

kudryavka14 Nov 7, 2019 @ 9:30am
hello can you update some ui please? and i think you must update and remove some picture button because i think its annoying and show time details because every sec is important
< >
VIEW ALL (1,595)
GROUP MEMBERS