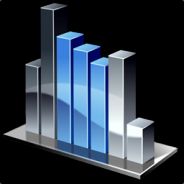 Achievement Stats is your ultimate source for Steam achievements, badges, statistics and rankings!

This group is for all who enjoys the site: Receive news, post comments, write feedback, ask for feature requests or just have fun chatting.^^

Another year passed and it's Christmas Eve again!

I have good and bad news for you:

The bad news is we ran out of disk space. Calculating the ranking table is therefore currently not possible and will stay unchanged until a solution is found.

Good news is we have a Resident Evil 7 Biohazard key as a little Christmas present for you! You have to guess only one letter (question mark), so be quick! Here you go: GWGAY-G?7JC-Z697P

I'm going to chime in later and post a comment with another key for Resident Evil 0 HD Remaster! Even if you miss the RE7 present, you might still have a chance to get RE0!

Thanks to NoVeXX for providing these keys and merry X-mas everyone!

It's hard to believe, but we started AchStats a full decade ago! Now ten years later we're still alive and kicking! In terms of a special update, this was already deployed last week for more performance facing the huge amount of newly added profiles.

Speaking of new profiles, it is still going on: Just another ~30,000 additions in the last two days totaling in ~984k profiles! Those are just not immediately crawled or the update queue is going to explode again.

So the journey of AchStats continues and some day we might release version 2.0 as a complete overhaul. Maybe for the 20th anniversary?