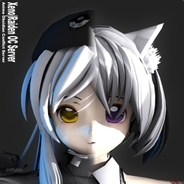 Featuring the latest content brought to you by XenoAisam Studio!

To ensure that people who join are able to connect successfully please ensure you have followed the mount fix guide posted below in the links.

Hey Guys! It's been 10 years today when we first started hosting our servers for Obsidian Conflict.

To celebrate we are hosting an all day event on both of our servers to celebrate this milestone!

I'd personally like to thank everyone over the years who have supported us and contributed over the last decade.

If you haven't already done so please check out the official Obsidian Conflict website to download the latest mountfix client.

Hello to everyone, It's been a while hasn't it?

First of all I'd like to apologise for the lack of updates as of late as we have been extremely busy over the past few years.

With personal stuff as well as other projects I haven't had much time to post anything new in a while.

For the past 8 years we've been helping test the upcoming Obsidian Conflict Steam version.

Also XenoAisam has recently released a new co-op game called Banzai Escape Subterranean that's undergoing early access testing as well so this is mainly why there hasn't been many updates.

As of now we are planning to make a new public server when the steam version eventually comes out.

It's going to take a lot of time and planning to do.

One other thing... It's been almost 10 years since we started the game servers. To celebrate this we will be hosting an event on both the archive and the main servers if people so wish to join.

Personally I'd like to thank The Obsidian Conflict Development Team as well as XenoAisam also friends and contributors eg, map developers, voice actors and anyone who has helped over the years allowing us to host these servers for soo long and also given us the opportunity to give back to the OC community in different ways over the past decade,

Special thanks go to Shana (FlameOfHeaven), Neico & Lockzag from The OC dev team for giving us the opportunity to participate in the beta testing for the upcoming steam version as well as the publishing the mountfix that mrchemist worked on, also to Miku (DaRealMiku), Syrex, Fiz and everyone of the community for their support.

serendipity Mar 12, 2017 @ 9:10am
Hello guys~ can borrow me your time for awhile click into my profile and rate that 4 artwork showcase, i will rate back yours if i know you rated me! thanks aritagou~