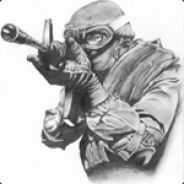 War-Lords was started back in 2005 and started moving to the Counter-Strike scene sometime after that, the community itself was started to provide free servers to the community and expected nothing back in return.

A lot has changed, for us to continue to maintain our servers and also provide the best of performance, we need help from the community. Donating to the War-Lords community will help us in many ways to expand as well as maintain our current financial burden for the servers and hosting.

Rules
The following is not permitted and will result in swift punishment:

The list is non-exhaustive. If you're unsure about anything ask an
admin.

Bison and I decided to create a seperate group for War-Lords Asia players, this groups main purpose will be to make announcements and post updates like with the main one.

Along with that, we're trying to start up a new public server in Asia and it would be amazing if you guys could help us populate it. War-Lords was started to create a cheat-free server with responsible admins and will continue to do that in CS: GO.

You can find the IPs at:
http://servers.war-lords.net/#pub_servers

You can add this server to your favorites:
gopopasia.war-lords.net:27015

We have created a 128 central server for office csgo !!

any wL admins that join automatically recieve admin within the discord after verifying they are who they say they are.
this is for pure enjoyment so we players can find pugs quickly.

†ΗЦИĐ∑ЯβỌŁŦ Nov 17, 2017 @ 3:26pm
Hellooo everybody, longtime not playing here (many years), but today i joined and I was surprised, the server that I frequented was always full, and today there was no one :(