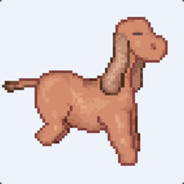 The Mana World 2 Moubootaur Legends is an open source MMORPG project developed by the community and for the community. We believe that players should be rewarded for merit, and not for game time or luck. TMW2 runs in the ManaPlus client, also opensource, and our game have its code database licensed under GPL 3 and resources (GFX,SFX,etc) typically under CC-BY-SA, although GPL content is also present.

In this game, the player is given the opportunity to permanently change the world and its story, affecting all players forever, mainly by events and quests. The players are free to decide how they want the world to develop, and their actions change the storyline, besides always being able to join the Development Team.

Hello everyone, Even with the (hopefully temporary) loss of our main server, we decided to anticipate an event which was scheduled for Steam Release in june~ish.

It has been updated and edited and I would like to thank @jak1 for hosting it for us! Today at 13:00 UTC (14:00 France; 10:00 Brazil), if God permits, we shall be releasing the Fires of Steam event, which tells an important part of the world's lore - the last thing which players must know and which must happen on the world before the Monster King can be slain.

Everyone will start with a default character which can be customized. We'll decide on event rewards only after OVH reports back the status of our servers in SBG1. 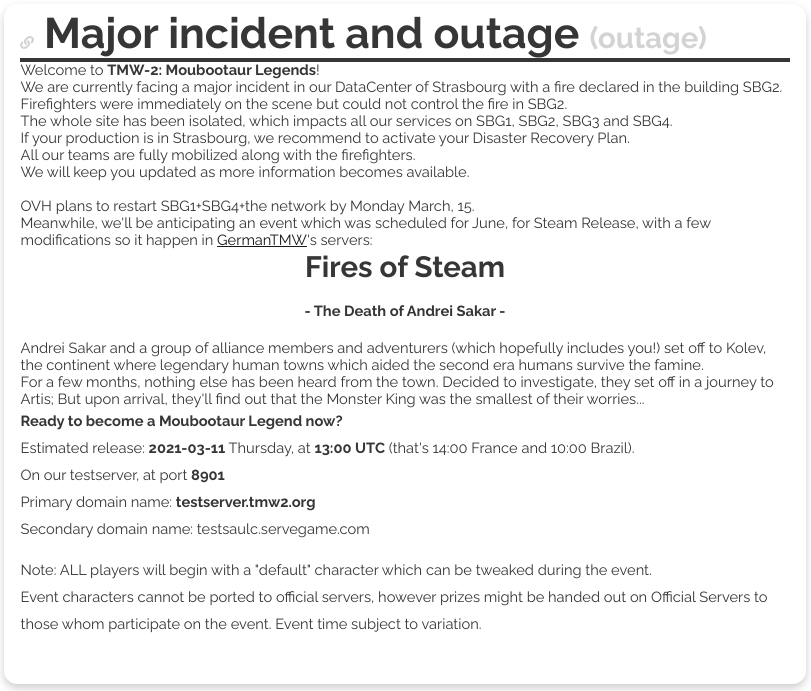 Hey guys ! It's July, time for vacations, and why not an event? :D

During the 11 days which mark the end of July, we will be opening access to our secret test/event server for possibly the biggest event we have ever done. All rewards will be given at our Official Server, and some experience acquired during the event will be transfered to our Official Server.

The challenge is to defeat the Monster King, undefeated since the official server went live, in only 11 days. For that to happen, in the event server, not only we will skip most of the world story, but EXP and DROP rate will be boosted absurdely. Players will start with a good head-start as well: But will that be enough to make the Impossible to happen?

The great reward, to be given on Official Server for highest score, is the Supreme Bow, Tyranny. There is only one of this legendary item in the world, and it can be yours!

There are additional prizes for several milestones which will help you to get a better ranking, but more important than the rewards, is to have fun!


Moubootaur Legends was founded in January 2018 in hopes to bring players fun. It is open-source, and anyone can contribute. We aim to have a meritocratic game, where you have freedom of choice to decide your fate and, ultimately, the fate of the world. The world is constantly evolving, and even old players should have a refreshing experience during this event.
The event details can be found on our website. https://tmw2.org/OpenBeta2019

This is an Open Beta Event. In other words, we're not only trying to make a good, solid event, but we are also trying to identify the highest amount of bugs as possible, as well as testing the server capabilities. Because that, server may be unstable and present downtimes. We apologize in advance for any inconvenience it causes.