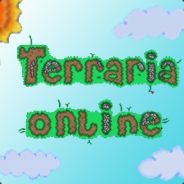 Terraria Online is an open community, join us! Everyone is welcome!
We want to bring Terraria multiplayer to the max!

I just wanted to let you know TO Is coming down. I did not feel like was my place to say this on the actual Terraria Online forums I think my personal issues don't belong there but I thought this be a more of an education then a feel sorry for me. Sure you can feel sorry for me but that will no fix my future or do anything for you. So don't worry about me but feel free to read and share my story.

I'm sorry about my English skills. I have always sadly had a problem grasping language skills and it has always been a bit of a nuisance.

I started Terraria Online a few years ago for one simple goal. I loved Terraria I saw a big future in it and I wanted to back it as much as I could. This was not a greed to make money or make a living off it. It was simply a game I love and wanted to do well.

So I opened Terraria Online living in a basement apartment that I later on left and had some sort of fungal lung infection that lasted almost 6 months. I should of been smart and went to the doctors I just thought my allergies were getting really bad.

I ended up having Curse contact me to sell the domain / site and if I could manage it for them. From there on I was "offered" all these things like future opportunists, laptops, gaming gear, etc. But the one thing I wanted to make sure and secure was that Curse would advertise Terraria across their sites. I did not just want to be a fansite but I wanted to be someone who can help promote Terraria because this was not about me this was about a game i loved a lot and I had a vision of it's future.

So we ended up working out a deal and at the time I thought sweet and now looking back I was not even making close to minimal wage lol... Not sure if I'm even suppose to talk about that but like I said was not about the money was about the support of Terraria.

As time went on they said their making lots of money and they like me to bring in one of my moderators as well to be paid position. This person ended up being Amy at the time. Even my best friend sitting 2 feet away who had no job and were both paying the rent was not chosen because it was not about picking friends but the right man/women for the job and she was the hardest working person at the time with Terraria.

Amy had been at my side for Years at another community I ran for Minecraft and showed a lot of maturity and involvement even back when I was a lot more immature in my life.

As the months went on Terraria Online / Terraria were doing good. The wiki was well done the site was starting to lack a few updates but nothing too big. Amy though was spending more and more time working for Curse News site that had like almost no views maybe 500 or so per new article making posts for companies that paid money to curse to have a review of their game. This is quite common don't think just curse does this almost all big media company does it.

I tried to be part of curse a bit more. Curse was sending out mass chat via email for the longest time. They were talking about putting all their youtube videos onto 1 channel for all the communities and giving us access. I tried telling them about some the security issues but also someone who has a channel and dealt with youtube a lot I also told them how a lot of users like their content more separate per community rather then just random games / trailers / etc. But also how if one community messes up they might get a DMCA and have the channel suspended...

I was pretty much told never to reply to these emails again how their for me to read and not contribute... Pretty much I think me trying be open and help curse had sealed the deal at that point from expanding within Curse Family. The best part I think was a month later their main channel was suspended for a while from a CoD trailer if I recall haha. Even now they have separate channels for most content. Go figure.

As time went on Terraria Online started to age and I tried to inquire about updates, etc. They were at times updating when I blew the whistle on security patches that were not my job, or responsibility since I had 0 back end access I could not do a single thing but I still reminded them over and over about them. Your information / data is important to me and always has been.

As time went on Re-Logic was becoming more and more worried about the future of Terraria Online. They had talked to me about updates I told them I actually been trying get in contact with Curse for a while. The person I deal with for this sort of stuff changed so many times I think the last one never introduce themselves to me. I think I almost fell through cracks showing how little Curse cared.

I ended up mostly contacting the IT guys yes the people who's job is to take orders from someone higher up were now talking to me here and there because I had no clue who to talk to. I put Re-Logic in contact with curse also but it seem overtime that never worked out well.

Re-Logic ended up opening the new community and over night we lost 95% of our community in one go.

At this point we pretty much stopped all the news but official news mainly because even our site exclusive news, weekly content and such had pretty much been claimed and moved to the new community site.

Was quite a depressing time for me. I knew this could not last forever but I was hoping my own life would of bettered from this experience like getting a job or climbing some ranks. But nothing at all happen. Terraria Online seem to be a bit dead not fully dead but I had no control and then boom... Curse released a update to a dead site.

At this point it was pointless but it was still nice and refreshing. From there it was over for what I can do but keep up with the news. Most of our moderators had left and moved on to the new Terraria Community or just vanished period.

I myself tried holding down the fort and big thanks to the mods who did a lot of the work modding the forums.

I had moved to Quebec this year trying to cuz down my expenses. I knew I had to start doing something so I thought I move take some online courses and maybe learn and earn a few extra skills.

Less then 1 Month I got a email from Curse telling me that their shutting down.... You have to be kidding me I thought in my head.. I just signed a 1 Year lease (minimum I can get) in a province that speaks mainly French. Sure I had planned on learning the language overtime but the thing is I earned my living Online so the local language was just something to learn overtime.

Anyways they offered me the domain. Thank god that made my day. I thought I know I can't make money off it anymore but at least I can let the legacy of Terraria Online Live on. I accepted right away. Boom Sorry we have promised the domain to the original owners..

WHAT??? The domain was mine... So after asking and demanding an explanation they pretty much said some sort of behind doors talk happen and he did not know much and Re-Logic was going to be taking the domain.

What I got from it and could be wrong since I have very little information that Re-Logic contacted Curse for the domain. It makes sense because when you search things for Terraria TO comes up still a lot.. Overtime the mods been trying hard to include bigger and bolder URL links to the new community site.

Either way I was sad because it sort of sounded like I might been in a position for a long time as curse just failed to care about the small leak but someone wedged it smack open.

In the end I can't blame Re-Logic if they were the ones to do it. I mean it's their game, title, etc. If our dying site is taking their traffic it only seems right they try to take it.

So there we have it. Now in Quebec a bit stuck because of the lease but thankfully Condo's are cheap (rent) an overall cost of living is a bit cheap. But I have yet to be able to get a job even applying at local grocery stores because I can't speak French.

I'm 30 and have never owned a car and don't mind living life poor. But unfortunately you still need to put food on the table. Now we live without even a fridge and eat a lot of canned beans I'm out to look for the next thing.

I'm sorry if I had failed anyone. I know sometimes I spoke my mind a little too much. But I thought I share my story and that if I had never sold to Curse I have no clue if Tiy would of taken Terraria Online down or if I would of managed it myself. I can tell you I would not have 10 ads on the site and I bet I would of made a lot more money to save.

Thank you all for being part of Terraria Online.


I just want to say I love all of you. The good or the bad and even the trolls and the people who got banned. You guys made Terraria Online unique and you brought a small Indie game to be the next biggest game on the Market. You made our community unique and fun and a little Drama never hurt anyone.

Thank you so much,
Kane Hart
kanechart@gmail.com

Jam 16 hours ago
hello
does anybody wanna play terraria