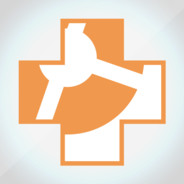 Welcome to the RGL.gg Steam Group! We use this to keep in touch with players and fans of the league. RGL has the formats: Prolander, Highlander, and Sixes open for all players to compete!

Join to get notified of Match Casts, League Changes, Deadlines, and more!
Also join our Discord for Prolander Pugs and announcements!

The following are dates for 2021 of the various formats that we will be running in RGL. Please note that these dates are subject to change.

Highlander Season 7 will begin September 28th. exa_ has opted to step down from being the Highlander Head Admin. Micahlele will take over the position for the upcoming seasons. exa_ will remain the overall RGL Head Admin however. Read about this change here.[rgl.gg]

Prolander will not have a full season this fall due to overlaps with other formats. Instead, RGL will host Prolander cups during the fall season. Dates and additional details about this decision can be found here.[rgl.gg]

Highlander Final Map Survey
In the past, RGL has avoided repeating the exact same map pool in consecutive seasons. However, results of polls on the map pool this season show that the maps played last season have the highest approval. We suspect, however, that many players would prefer some variety, and would prefer to replace at least one map. Please fill out the quick survey here.[rgl.gg]
(You must have been rostered in Season 6 to take the survey)