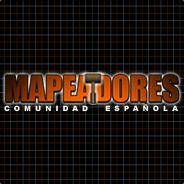 After some time a-brewing, a new mapping contest is back in all its glory! Some backstory: A top group of mapping scientists, lead by MC Hammer, has been working with us arduously for months to produce the wackiest mapping lab Zombie Escape has ever seen. However, as the rooms have been filling up with secret weapons, strange contraptions and military-grade weaponry, our systems have had a leak—and not the kind you take to the toilet! All of our experimental devices are now out in the wild and it's up to the mapping community to keep them at bay. Thus...

A new mapping contest!
We are providing you with two maps containing ready-made entity systems. Those are the experiments that have leaked out into the world. The contest is simple: make a map to *capture* some the experiments. This means using at least one of the entity systems in your map, integrating them with your own gameplay ideas and design. You are free to modify them so that they act differently, look as you'd like or blow our socks off. After all, there's nothing we'd like to contain more than mutant versions of these experiments!

Prizes! Prizes! Prizes! $$$!!!
To further incentivise participation, the contest is going to get some ass-whooping rewards for the winners. Aside from the very well known Mapeadores™ [Mapper]® tag that will be awarded to every mapper whose entry ends up in rotation, we will also have top of the line $$$ prizes for the best 5 maps:
To encourage participation, prizes will unlock with more maps being submitted.

Contest Rules & Guidelines
Your submission must be a Zombie Escape map, with any theme and gameplay style that you would like, including at least one of the experiments contained in the lab in some inventive way. Submissions do not need to be complicated, but they should be enjoyable for the players of the Mapeadores Zombie Escape server. It is a good idea to familiarise yourself with the gameplay settings in our community so that your submission is competitive.

Any map you submit should be a map you designed specifically for this contest. Previously released maps that you extend to include one of the provided gameplay systems will not qualify. Your submission will contain the map, which you will send privately to @Morell, @Syoudous or @Enviolinador, preferably on the Mapeadores' Discord channel. Finally, you must include the contest billboard in the map, preferably at spawn or somewhere similarly easy to spot.

Maps will be rated according to design, gameplay, balance, use of the provided entity systems and fun. The rating will be done by experienced mappers and members of the community, also considering previous mapping work. We will positively reward people that publish outstanding content—beautiful sceneries, engaging gameplay, excellent level design, etc. Furthermore, showing progress will also be taken into account: presenting your own ideas so that other mappers can learn from you will play to your advantage.

Your map must be submitted before Friday 29th of March, 2019.

DuckyFeather 21 hours ago
Hey Mapeadores Family , I started my new job on YouTube for daily upload or sometimes 2 videos on a day . I wanted to ask if you guys have alite bit of free time to check my YouTube channel and maybe even help me with a subscribe and likes . Also I dont know if this is allowed but since it for Mapeadores content I dont guess it is allowed. This is a question for Staff members of Mapeadores : Is there any Content Creator rank on server , if yes I would like to apply for it so it can also help my channel whenever I am playing on server so others see my rank . I am a player that spend around 5-6 hours daily on server . Youtube link :