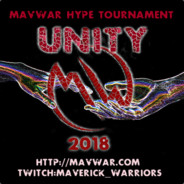 Congratulations to Bravo Sucks At Tetris.

Congratulations to the Overlords.

Congratulations to The Fat Kids.

What a competition it has been! We saw 16 teams battle each other for weeks and weeks, with many surprises, shocks, comeback victories and other dramatic moments to sustain the intrigue and excitement along the way. But in the very end, it was Bravo Sucks At Tetris who prevailed above everyone else so congratulations to them. They kicked off map 1 with a strong lead and although they appeared a bit shaky in some areas, they expanded that lead heading into the finale to the point where momentum was clearly in their favour. Commiserations must go to Lovebone who put in an unbelievable effort to make it as far as the grand final itself, they even had a great result in map 2 which looked as though it could've spurred a comeback but unfortunately it was not to be.

As far as prize money is concerned, Lotus, the founder of FoundTyme, will be the one to contact and pay the official players of each of the 3 teams that made it furthest in the competition. Here are the official top 3 teams of the 2018 Mavwar Hype Tournament with their backup players marked in brackets:

There could be many discussions on the very subjective topic of who is the true MVP of the tournament. But you, the public, have spoken in the polls throughout the course of the tournament, and the one who accrued the most of your votes was none other than Purple. Yes, you've decided that the new Mavwar champion deserves the most money and knowing him, Purple is no stranger to having dollar bills stuffed down his garments!

As for the MIP award, there were 4 nominees to consider in terms of who had improved the most from before the tournament began up until the moment it finished. One was 'god Lupe' who had a strong run with Coach Dave's Academy. Another was Impressive who had a few strong performances on the way to helping Pink Slip reach 3rd place. Then there was Ragecake, a self-proclaimed 'pot 5 player' before the tournament began and who at one point very nearly threw in the towel during the group phase. However, she recovered enough from that moment to pull off one of the most incredible comebacks for any individual player of any calibre in any competition, and was rewarded with a championship title for all her efforts and troubles.

But despite what the other nominees accomplished, the majority of the tournament staff (myself included) concurred that the one player who improved the most out of all that competed was Vanille from Lovebone. For a #4 player in the team, she rarely ever put a foot wrong, played to standard and put in strong performances game after game without fail, and seemed not just to be consistent but also steadily improve. With stacks of potential, her individual progression combined with the team-building effort and atmosphere of Lovebone was pretty much the ideal place for her to thrive in, and the public even took notice when they declared her the MVP of Lovebone's semi final match against Pink Slip! Watch out for Vanille in the future!

The following credits are due for those who helped make this tournament what it was, thus we would like to thank:

And on a final note, we say a massive thank you to all who entered and competed in the tournament and provided us with many entertaining moments, and to all the viewers who tuned in throughout the competition to witness all the action, drama and clutch moments that decorated the entire event. Thank you and goodbye!

So apparently, there's another MVP vote open to settle the tie of total votes between Purple and Trice who each have 4 votes. Whoever has the most votes will win the MVP award. Go now to https://mavwar.com/ and vote for who you believe played best across the entire tournament!