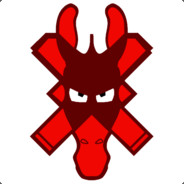 A medium-sized LAN party in Walderslade with up to 40 players and any number of spectators - usually themed for a unique weekend each time. Considered good fun by all who attend, some even say they're one of the most fun LANs in the UK. Great for both experienced and new LANers alike.

Anyone who has visited the event page for LlamaLAN 24 may have noticed three tournaments have appeared, one for each of the variants of Counter Strike that we're seeking your input on. Only one of these will see fruition, the qualifying version will need to have enough players spread evenly across the four teams, and while there isn't the balance just yet we're starting to see information trickling in.

So, we're very happy to see the votes being cast, ELEVEN of the TWENTY FIVE paid signups have shown a preference, but we need MORE!

To reiterate ... if you are attending LlamaLAN 24 we need you to indicate which of the three variants that you own through the GAMES LIST, and place them in the first three slots and then we can see which version is viable for a tournament.

All 3 spaces are next to each other on the RED team. Get signed up! Go! Go! Go!