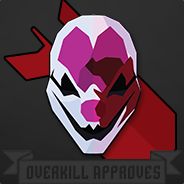 STEAM GROUP
HoxHud for Payday 2
502,067
MEMBERS
8,511
IN-GAME
89,088
ONLINE
Founded
June 3, 2014
Language
English
Overview Announcements Discussions Events Members Comments
ABOUT HoxHud
Welcome to HoxHud, an Overkill Approved Mod!
The HUD does NOT require any core game file modifications. Therefore you can install, modify, or remove it whenever you like.

Steps on how to install HoxHud:
*Add admins only as a last resort.

So as I'm sure that some of you know, especially those who caught our stream last week, Hoxhud is finally making a proper return. We had planned to release it this past weekend, and we did have a test build that was working... Until today. The hud needs some work to be compatible with the new heist update, and currently, that isn't possible, as one of Olipro's hard drives crashed, because his computer is a total piece of shit.

He does have a replacement scheduled to arrive tomorrow, however, he has prior engagements for this weekend, so it may be a while yet before the HUD is live again. Until then, you'll just have to play Payday 2 without the best mod there is, which I can say 100% objectively with no bias whatsoever.

A second time because Olipro is a fucking idiot who started streaming on his other twitch.

ｈａxｈｕｄ is like a drug, some people just need their fix