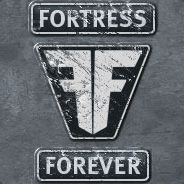 Fortress Forever is a Team Fortress mod for Half-life 2's Source Engine. Our independent team has created this mod entirely from scratch.Fortress Forever retains the classic staples, such as unique class based gameplay around a wide variety of weapons and grenades while expanding on the depth and fast flowing gameplay that team fortress fans have come to love. Fortress Forever should please those who have stuck with or been a part Half-life: TFC over the years while at the same time doing more for new TF players than any prior Fortress attempt. Fortress Forever is totally free, and only requires the installation of Source Sdk Base 2006.

It's been nearly a year since Fortress Forever was Greenlit, and there's been a total lack of updates since then. To remedy that, here are two things that will be happening in the coming weeks:

Why did it take a year for this to happen?
We didn't think it was possible to release the current version of FF on Steam because we thought that the version of the Source SDK that FF uses was too old. Neotokyo[neotokyohq.com] proved otherwise, and we are able to follow their lead and finally release FF on Steam.

What does 'released on Steam' mean?
It means that you'll be able to install Fortress Forever directly through Steam and that you will receive updates automatically. As always, Fortress Forever will be completely free.

Why go open source?
Fortress Forever's development has been largely opaque for a huge majority of the playerbase for a very long time, and the reason for that opaqueness has not always been intentional; attempting to keep everyone informed can be pretty labor intensive. By moving our development entirely into public view, it will be easier for everyone to stay in the loop with what will be happening with the game, and will give everyone a chance to participate directly in the development process.
Read More
VIEW ALL (4,392)
GROUP MEMBERS