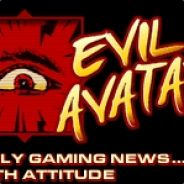 Evil Avatar has moved to Facebook. You can find all the regular news including the Weekly Release List.

THQ Nordic has announced the release of Titan Quest Anniversary Edition, an updated version of Iron Lore's legendary action-RPG. I say legendary because it was one of the few good action-RPGs released while the world awaited Diablo III. It was also the only one on Steam for a while. Another thing it was known for was not getting patched after the Immortal Throne expansion was released. Thankfully, they did some work on it since then. You can find a detailed changelog here.