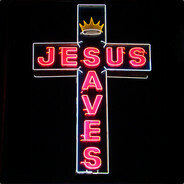 Welcome to Christian Gaming Community! Accept No Substitutes! :)
We are gamers of all ages and nations who are drawn together by our love and worship of Jesus Christ, our Lord and Savior. Our community consists of Christian believers of all levels of spiritual maturity and across all denominations, and our forum is also open to those who are not Christian but that may have questions about God, the Gospel, the Holy Bible, etc.

We ask of all our members and visitors:

The modern western world demands "change" and has successfully influenced a lot of worldly religions, churches, and outreaches. At CGC, we stand uncompromisingly by the Word of God in every area, including the topics of sin, sexuality, basic human rights, "social justice," and in every other area where the so-called "progressive" world has eroded many of the would-be Christians into compromising their walk and their witness. So let us not deal falsely with God or man, let us not be pleasers of men but pleasers of God. Scratching itching ears is big business, and includes some of the biggest churches in the world. The world seeks after its own, and the world finds teachers that will tell them whatever they want to hear. It's a double deception, something we cannot encourage or partake in because King Jesus has Personally ransomed us and revealed to us His marvellous light, and His Love. So now that we know the Truth, we desire others to know the Truth, and walk in the One and Only, Jesus of Nazareth.

We are held to an impossibly high standard, and Jesus covers us where we falter, but it is a basic fact of Christian Theology that the Christian is called to holiness and sanctification. The born again Christian despises sin, his own sin most of all, as John's first epistle says "Whoever claims to abide in Him must walk as Jesus walked."

and again as Jesus said during His earthly ministry, "Then Jesus told His disciples, "If anyone would come after Me, he must deny himself and take up his cross and follow Me. For whoever wants to save his life will lose it, but whoever loses his life for My sake will find it."

I encourage all who are called to our Great Servant King, to remember that we and our witness are dutiful watchmen. If we, watching on the walls, see danger approach, and we warn the people, and they do not take heed, their blood is not on our hands. However, if we see danger, and we do not warn the people, their blood will be on our hands. It is an act of Christian love, Christian vigilance, and Christian virtue to remain uncompromising on these topics which the world have dashed to pieces, because the people these topics affect do not get the Truth from anyone else. So if you withhold the Truth of a matter, and that person perishes, their blood is on your hands.

But if the watchman sees the sword coming and does not blow the trumpet, so that the people are not warned, and the sword comes and takes any one of them, that person is taken away in his iniquity, but his blood I will require at the watchman’s hand.
Ezekiel 33:6

And when Silas and Timothy came down from Macedonia, Paul devoted himself fully to the word, testifying to the Jews that Jesus is the Christ. But when they opposed and insulted him, he shook out his garments and told them, "Your blood be on your own heads! I am innocent of it. From now on I will go to the Gentiles."
Acts 18:5-6

Remain in Me, and I will remain in you. Just as no branch can bear fruit by itself unless it remains in the vine, neither can you bear fruit unless you remain in Me. John 15:4


The grass withereth, the flower fadeth: but the word of our God shall stand for ever.
Isaiah 40:8

For, "All flesh is like grass, and all its glory like the flowers of the field; the grass withers and the flowers fall, but the word of the Lord stands forever." And this is the word that was proclaimed to you."
1 Peter 1:24-25

I have stored up Your word in my heart, that I might not sin against You.
Psalm 119:11

Giveaways
By entering our giveaways, you agree that you have read this information *click*

I love the teaching about the gifts presented to Jesus and their meanings so much, that I cannot think of a better thing to post for Christmas and so I'm just reposting that from last year, if you haven't read it before I'd encourage you to do so.

We're also going to post a LOT of Steam Giveaways via steamgifts, starting with 35 games over the next day, all set to roll winner about 24h from now. As well we will have random giveaways to people that contribute to this thread *clicky* and/or the comments of this announcement, by sharing with us something about your beliefs or how you regard the Christmas season. Since we will have more Christmas giveaway announcements, they will link back to this announcement for the comments if you'd like to participate in that. Read on for the giveaway links.

(P.S. if you'd like to show some easy free support, feel free to follow our Steam Curator here *clicky*)

WHO IS THIS
Battle Rations* - A Daily Scriptural Nourishment*

Who is this that cometh out of the wilderness like PILLARS OF SMOKE, perfumed with MYRRH AND FRANKINCENSE, with all powders of the merchant?

On coming to the house, they saw the Child with His mother Mary, and they fell down and worshiped Him*. Then they opened their treasures and presented Him* with gifts of gold and frankincense and myrrh.

Gold for the King.

So Pilate questioned Him, "Are You the King of the Jews?" "You have said so," Jesus replied.

Frankincense for the High Priest who offers it and the God that receives it.

Therefore, since we have such a great high priest who has passed through the heavens, Jesus the Son of God, let us hold firmly to what we profess. For we do not have a high priest who is unable to sympathize with our weaknesses, but we have one who was tempted in every way that we are, yet was without sin. Let us then approach the throne of grace with confidence, so that we may receive mercy and find grace to help us in our time of need.

Thomas replied, "My Lord and my God!" Jesus said to him, "Because you have seen Me, you have believed; blessed are those who have not seen, and yet have believed."

"The Queen of the South will rise at the judgment with the men of this generation and condemn them; for she came from the ends of the earth to hear the wisdom of Solomon, and now One greater than Solomon is here. The men of Nineveh will stand at the judgment with this generation and condemn it; for they repented at the preaching of Jonah, and now One greater than Jonah is here."

"Are You greater than our father Abraham, who died? And the prophets died! Whom do You make yourself?" ... Therefore the Jews said to Him, "You are not yet fifty years old, and You have seen Abraham?" Jesus said to them, "Truly, truly, I say to you, before Abraham was, I AM."

Myrrh for His death and burial.

And again, another Scripture says: "They will look on the One they have pierced."

Later on, Joseph of Arimathea, who was a disciple of Jesus (but secretly for fear of the Jews), asked Pilate's permission to take away the body of Jesus. Pilate granted it, so he came and removed His body. Nicodemus, who had previously come to Jesus at night, also brought a mixture of myrrh and aloes, about seventy-five pounds. They took the body of Jesus and wrapped it in linen cloths with the spices, according to the Jewish burial custom.

Behold, He is coming with the clouds, and every eye will see Him--even those who pierced Him. And all the tribes of the earth will mourn because of Him. So shall it be! Amen.

Giveaways
By entering our giveaways, you agree that you have read this information *click*

Spaceman Sareth 6 hours ago
I'm not on the discord but there is a link in the description above. :)

ttsukiii～ 6 hours ago
Is there a discord server?

7 hours ago
We are gamers of all ages and nations who are drawn together by our love and worship of Jesus Christ, our Lord and Savior. Our community consists of Christian believers of all levels of spiritual maturity and across all denominations, and our forum is also open to those who are not Christian but that may have questions about God, the Gospel, the Holy Bible, etc.

Unknown 9 hours ago
I had no idea something like this ever existed on Steam. Quick Question, is this general Christian or its directed towards a specific denomination??