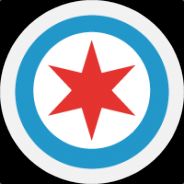 Chicago Gaming. In Game and In Person.

This group is intended for people living in the city of Chicago that not only want to appreciate desktop gaming by playing them on Steam, but to also meet in person to have a few beers and get to know each other in the meat-space/IRL.

During the early days of this group, the following guidelines will be established for those interested (with the loosening/expanding of these guidelines planned for the future):
* Must live within the city boundries
* Must be 25+
* Encouraged to participate in in-person meet ups
* Must limit "shit-talking" (i.e. no slurs toward racial, gender, sexual orientations, creeds, religions, etc.)
* Encouraged to have a strong interest in games made in Chicago and/or indie games (this group's initial intention is not to focus on World of Warcraft or the latest FPS)

Other than the above guidelines, this groups is meant to be about inclusion and about helping others identify games they may enjoy, answer questions, be a teammate or practice partner, and attend gaming events in our fine city.

"Be excellent to each other." - Bill S. Preston, Esquire.
VIEW ALL
POPULAR DISCUSSIONS
VIEW ALL (6)
RECENT ANNOUNCEMENTS
Will anyone ever see this?
December 11, 2014 - Pot Tart | 0 Comments

It seems that due to Steam sorta burrying the Group announcements and stuff (by not showing up on the front page/feed) that the e-mails are the best ways to go for getting the info out. So I'll probably stop posting here and just keep all the announcement in the newsletters... i guess you could say they are.... If you still want them here let me know though. I know how the copy and paste work in the computerbox.

[And if Steam ever starts putting Group announcements/events on the main page, maybe I'll start doing them in here again.]

Tiny Missile Halloween Hangout!
The next Tiny Missile Event will be Wednesday. We'll be playing Crawl, there is going to be a raffle to give away prizes from sponsors and special art pieces. I'll be returning as the 3rd place champion from the last event. I hope that all of you can make it even for a little while. Let's have some drinks! Make sure you use the link and sign-up so they know if you are coming. (Since this isn't a "tournament" i'm thinking the sign-up is just to estimate attendance).
http://tinymissile.com/halloween-hangout/

Injustice: Gods Among Us
This Chicago-made game is FREE to play until Sunday! If you decide to buy, it's 50% off and now just $10. If you like fighting games, check this one out. The more revenue we can bring in for Chicago developers, the more people they can hire and the more projects they can support to help continue to build the Chicago game development Community.
http://store.steampowered.com/app/242700/?snr=1_7_15__13

Shambler's Ball
Chicago Loot Drop is having another fantastic event and is re-imaging the ballroom scene from Pride and Prejudice and Zombies all for charity! There will be ballroom dance instruction (which is good if you're like me and don't know what you're doing on the dancefloor). Also, on the recent OC Dweeb podcast, they shared a promo code to get the original discounted pricing (it's "OCDweeb"). The podcast is a lot of fun to listen to and the event should be a blast. Guys, you know your girl wants to go to the ball, just take her (and feed her to the zombies).
http://chicagolootdrop.org/shamblersball

DeFrag presents DECON
A weekend-long event with free food tonight! DePaul's DeFrag game jam will be handing out themes in fortune cookies. The social stuff is tonight. Work is through the weekend. Games are due to present on Sunday. Even if you've never made a game before, everyone is encouraged to go and participate.
https://www.facebook.com/events/693716264052863

Other Stuff
* Some of us have gotten together to play Smash last week and that was a lot of fun. I'm just terrible but I love playing. I still have PS3 and PS4 codes for Sportsfriends if anyone wants them. I also have some other stuff for steam like extra copies of Terraria, Starbound, and Magicka if anyone is interested in them.
* At the Tiny Missile Halloween Hangout, let's talk about bars to meet up at between events. I'll bring a PC with some controllers and just us can sit around, have beers, and play some games.
* Steam Group Announcements aren't the best place to put stuff (as it's buried in the UI). As you can see I'm also trying e-mail. Do people want this stuff via Facebook, Reddit, or something else? I'm just trying to find the best place for this shit. Let me know.
* If you have friends that are in the city of Chicago and are interested in getting these types of announcements and playing games with us on Steam or elsewhere. Point 'em this way: https://docs.google.com/forms/d/1E61U1O85ISMmJTCn6tsf4v5rRViKE9BYPDx7es_trzs/viewform

Read More
VIEW ALL (24)
STEAM CURATOR
Chicago Gaming Union reviews
"Games made in Chicago! Let's help to support our community and bring exposure and revenue to the people in our city making it happen."
Here are a few recent reviews by Chicago Gaming Union

VIEW ALL
VIEW ALL (26)
GROUP MEMBERS