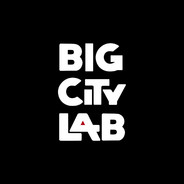 Overview Announcements Discussions Events Members Comments
ABOUT Big City Lab
Studio Big City Lab has developed hyper-casual games before and has already entered the stream - one project every four months. This time, however, we decided to start developing games on a different level - and our first project on Steam is Welcome to Goodland, a story-driven economic strategy game with managerial elements.

We were at DevGamm in Moscow to playtest the game, gather feedback, make connections and show the game to publishers.

And we got a lot of useful feedback on different aspects of the game: UI, design, art style... From this feedback, we have identified what works well and what needs to be improved or changed.

By making changes quickly, we update the demo taking into account the feedback received on DevGamm:

We are waiting for your feedback in Steam discussions, on our Discord server[discord.gg] or in our questionnaire[forms.gle].
Thank you for playing and sharing your impressions with us!
Read More
VIEW ALL (2)
GROUP MEMBERS