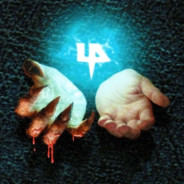 Arx Fatalis is set on a world whose sun has failed, forcing the above-ground creatures to take refuge in subterranean caverns. Meet Inhabitants from all races such as Trolls, Goblins, Dwarves, Humans, etc. Rise and discover the hidden secrets from this huge fortress and save Arx from evil.

Arx Insanity team revealed the release date for the final version of the Mod in this article.
The Mod will be official released the 27 October 2023 following this calendar

Together to the announcement the team give a FAQ and some new screenshots from the game, promising also a new trailer in next month and more often updates in discord server [discord.com].

What's the current state of the project nowadays?

The Mod is a huge project that point to rework the full game in all his aspects, like assets, sound, textures and adjust the most of the code, this makes the project proceed slowly, also Pedro, the lead of Insanity, remark that work on the mod is an hobby, and he have a full time job, both of them are time consuming.

The textures are complete at 90%, all the sounds, new weapons are finished too. Now the project is focused on polishment and final details, together to adding more lore. The most time consuming part is work on the code, the main idea is make Insanity work on Libertatis 1.3, and adapt code is long, also one of the programmers left the project.

Why has the release of Arx Insanity been delayed since the first announcement?

All the team members have a personal life, job and personal objectives, also the COVID-19 pandemic further slow the whole project.

The mod is 7 years in development, that's a long time, why is it just not released now?

The mod was started 7 years ago, but it was a one-man project, also the dev had to learn everything for work on the mod, and improve day after day, so many things made in pas was improved or changed again.

Why it is taking too long to be completed?

Arx deserve the best, so the dev working very hard to give the best Arx experience for everyone.

Why another release date?, it's not interesting if you will delay the mod once again...

This will be the final date, all the next year will be used for work hard and complete the mod. The team will not make the same "mistake" releasing a demo with a raw build. There will not be focusing on a demo.

And what's planned from now?

There will be more updates, specially in discord with some shorts and gameplay and a new trailer is incoming in next month.

From now we will do our best and give all our love to Arx, thanks for your patience and for supporting the mod, it means a lot for us...

Hello everyone, we are happy to announce that a new stable version of Libertatis has been relased!

How to Download:
Arx Libertatis 1.2 Mega Mega Mega can be dowload at this link[arx-libertatis.org], it can be found for all operating system.

The full announcement can be read here[arx-libertatis.org].

The full changelog can be consulted here[wiki.arx-libertatis.org].

If you found some bug, something uncorrect or you just want to give a suggestion, use the Arx Libertatis Bug Tracker[bugs.arx-libertatis.org]!
Read More
view all < >
39 Comments

biggus dickus Nov 16, 2018 @ 1:52am
There is a game in production called Monomyth that is inspired by and very similar looking to Arx Fatalis, it looks like we will finally get a spiritual successor to one of the greatest games ever made --Trailer and other links with info below:
https://www.youtube.com/watch?v=R70GltCtV84
https://www.moddb.com/games/monomyth
https://store.steampowered.com/app/908360/Monomyth/

Jul 3, 2013 @ 8:09pm
Not really, Arx Fatalis didn't really have the most understandable development. More then likely even if you did get a hold of THEO Game Maker, it wouldn't be able to read the files of the game, much less able to get them launching. It'd be a lot easier to wait until Arx Libertatis finishes their implementation of a level editor for the game. Since it'd also be a lot more stable.