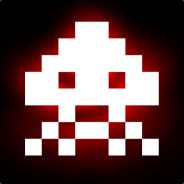 Avid Steam users (as opposed to those who just happen to own an account, or something) might have noticed the news about Valve's upcoming changes in the community section, including planned updates for the Steam groups.

Now, I personally think this is all awesome and I believe its about time we begun to put this Steam group into a real use and organize some excellent multiplayer sessions. In the past, this group has been used to organize like few games of Team Fortress 2, which is easy to do considering that its a free game.

There's hundreds of games we could all play together. Thousands when I take account of other people's game libraries. With these new upgrades (honestly, this might be much better option to reach out players compared to our forums), I believe we could do something, and thats what were gonna try.

So what do you think? Would it be good idea if we'd organize more multiplayer events? Would you join in? Not just Team Fortress 2 or old games, everything goes from Worms to Modern Warfare 3. Steam is not a limit either, it could be GOG games too like Blood.

Chime in on this! And dont forget to suggest what games would you be interested to play together. In meantime, I'll be F5-ing the TF2 blog in anticipation for the new Mann vs Machine updates.

I know what you are doing tomorrow!

Our wonderful friends Deeds Of Yore are back tomorrow, July 1st with a new series episode of their web series!

If you've not already book marked this pixel goodness follow the link below :D