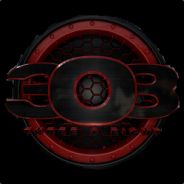 We are always open to new fun/team oriented gamers, looking to join our group. See forum at 308os.com for sign up instructions...Please, do not wear the 308 tag without permission. Get to know the guys on TS, and then sign up!

Just imagine the new hacks/cheat codes they will come up with by the time 2042 is released.


Valve have just informed us that Steam’s database has been compromised.
An IM is being sent out to all Steam users. Here are the details straight from Gabe:
“Our Steam forums were defaced on the evening of Sunday, November 6. We began investigating and found that the intrusion goes beyond the Steam forums.
We learned that intruders obtained access to a Steam database in addition to the forums. This database contained information including user names, hashed and salted passwords, game purchases, email addresses, billing addresses and encrypted credit card information. We do not have evidence that encrypted credit card numbers or personally identifying information were taken by the intruders, or that the protection on credit card numbers or passwords was cracked.”

Valve are “still investigating” the situation. They mention that there’s been no evidence of illegal credit card activity as yet, and that it’s probably a good idea to change your passwords asap.

Gabe signs off his IM with sincerity: “I am truly sorry this happened, and I apologize for the inconvenience.”
Steam joins a long list of high profile targets who have recently been targeted by Hackers. Sony, Codemasters and Bioware have all taken the hit.