Composed by Ben Prunty[www.benpruntymusic.com], the soundtrack features 54 remastered and expanded tracks, which includes four bonus tracks. It totals two hours and 25 minutes, and is available to purchase for $9.99 USD. 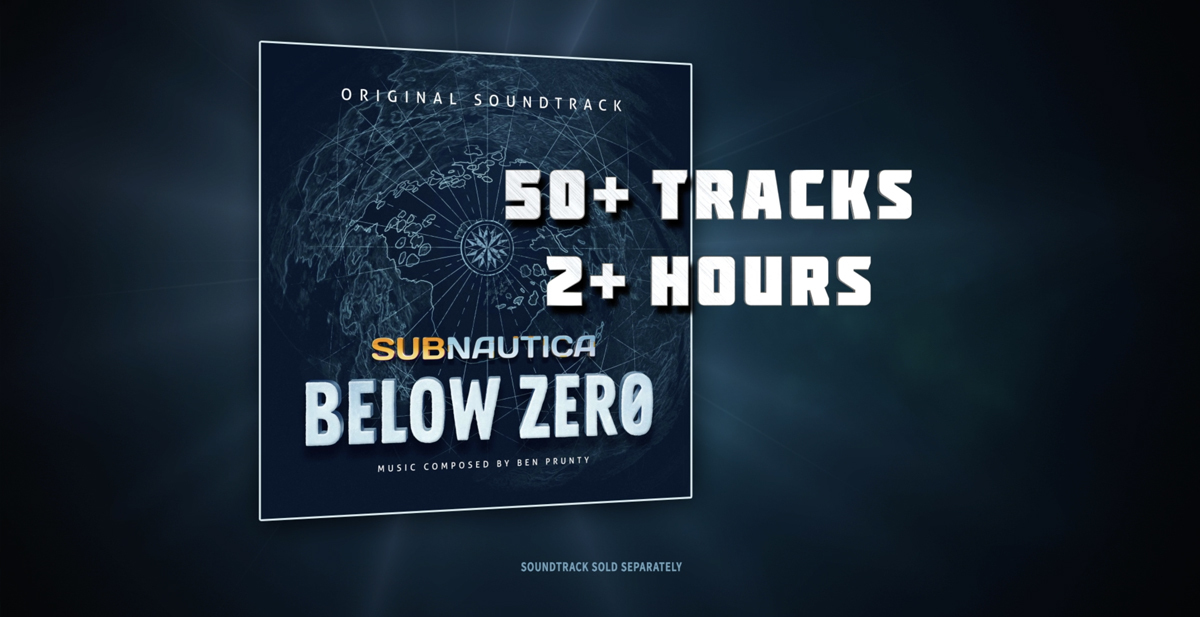 Also, for the first time, the original Subnautica soundtrack is available to purchase from Steam.

Additionally, for the next seven days, any purchase of Subnautica on Steam will also come with the soundtrack. After that, it will be available to purchase for $9.99 USD.

We hope that you enjoy listening to the Below Zero soundtrack as much as we enjoyed working with Ben Prunty to help bring the world of Planet 4546B to life.