Dive into a freezing underwater adventure on an alien planet. Below Zero is set two years after the original Subnautica. Return to Planet 4546B to uncover the truth behind a deadly cover-up. Survive by building habitats, crafting tools, & diving deeper into the world of Subnautica.
$29.99
Visit the Store Page
Most popular community and official content for the past week.  (?)
[Spoilers] So... what is the story, exactly?
I've played the first SN a couple of times and loved it. One of the best parts was the storytelling - there wasn't much. I actually felt like I uncovered the story in that game myself, so it felt focused even though there was really only one obvious objective (find a cure, get off the planet). In BZ, though... I'm lost. I have about 16 hours in it already, playing it like I did the first game (exploring, putting together supplies, getting upgrades, etc.). I was first confronted by the woman in the Pra...
4

Drez
3 hours ago
General Discussions
For those checking this out because of the Sale
Play the first Subnautica, and not this one. The difference in the tone and setting is so vast you'll regret buying this one.
24

Recommended
75.7 hrs on record
This game was originally intended to be a DLC addition to the original, and it SHOWS.
Significantly shorter, smaller map, less interesting progression, and a weaker story.

I CANNOT recommend buying this game at full price, it's just too much for what you're getting.
On a 50% off sale go for it, but this isn't worth the full price.

Recommended
1.3 hrs on record
I beg for a multiplayer option 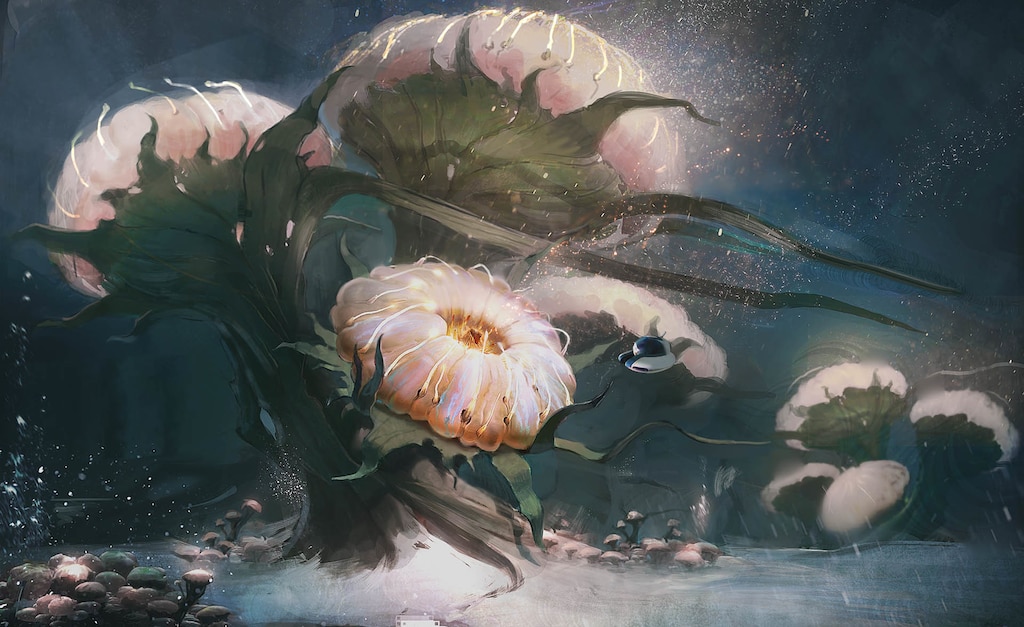 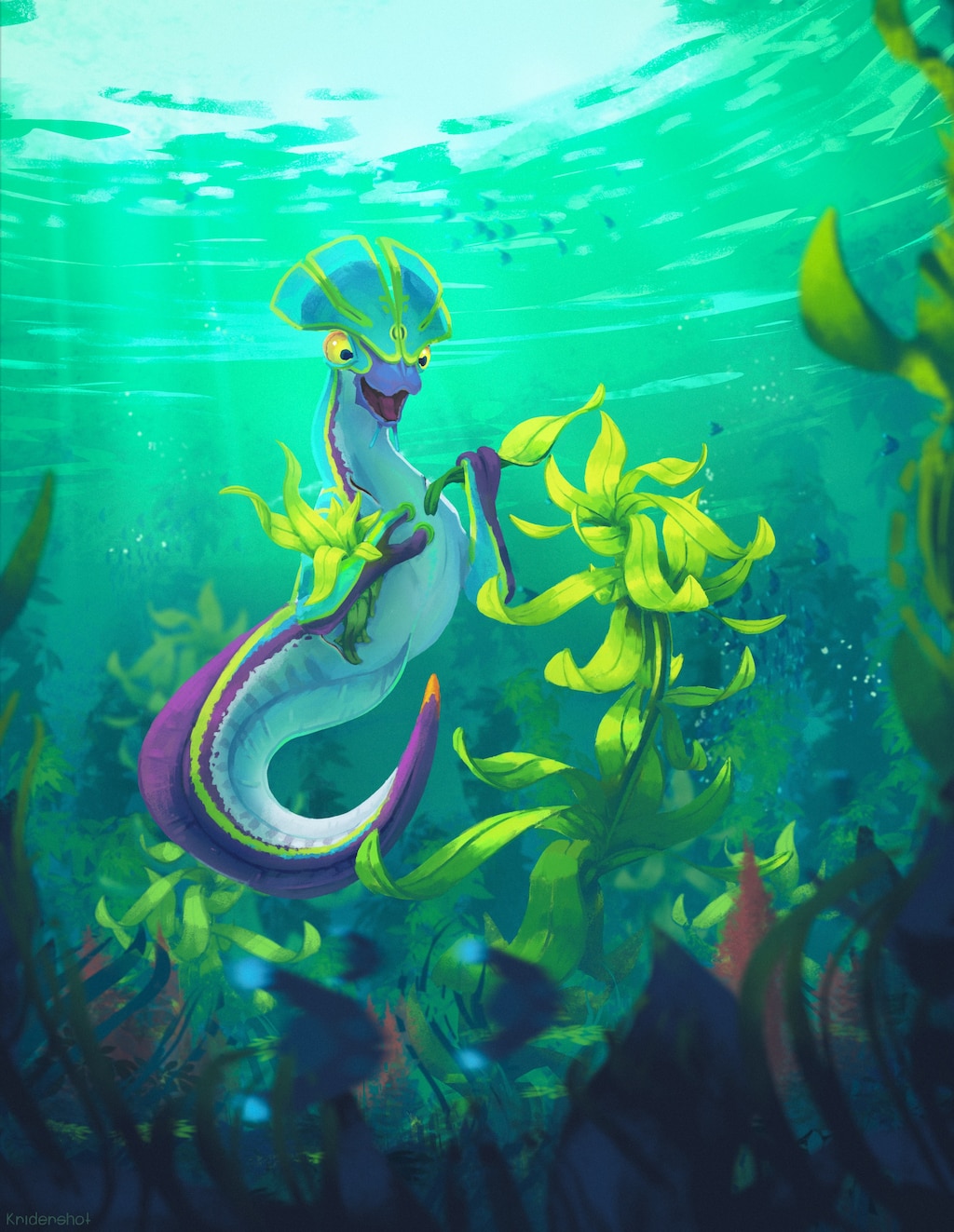 Not Recommended
16.7 hrs on record
Below Zero takes everything that was captivating and amazing about Subnautica and blatantly disregards it in an attempt to break new ground with a new story.

Every individual component of the game is executed worse than the previous iteration.

The story is the least disappointing part, except for the part where you've already figured out everything about halfway through. There are no surprises, no twists, no turns. Character vignettes are surprisingly well done, and they did a good job making the unseen cast have their presence felt. The decision to voice the protagonist and give them their own spoken narrative... obliterates the storytelling whenever she speaks up. She's not very relatable, and her dialogue is mediocre most of the time. The VA performance is great, from her and the rest of the cast. But it never stops being jarring every time she speaks, and really breaks the feeling of isolation and tension. I want to feel like I'm uncovering something spooky and mysterious, and it's impossible to do that if every time I find something notable, the main character pipes up to give commentary that often doesn't fit the mood of the player at the moment.

Locations are a nightmare. The world map is broken up in such a way that you find yourself doing mostly "dead-end" journeys. You venture out to an area, and have to go further and further into it until you find what you were looking for, and then retrace your steps methodically to leave. There are few interconnections, most locations only have one way in or out, with tons of dead space between their entrances and where you need to go. You will constantly be backtracking your way out of the same places you've been. Cave networks are more convoluted and devoid of landmarks that make navigation palatable. You can expect to run in circles wondering if you've actually explored the breadth of an area, because the one branch looks identical to the next.

Creatures are mostly underwhelming. Most of the "enemies" can be safely disregarded, and apart from a few areas, don't guard or patrol anywhere remarkable. The predator creatures are often copy-pasted to ridiculous extents in otherwise empty waters, but can still be avoided simply by going around them.

Land exploration is like pulling teeth. Journeying through blinding snow is exhausting, as every location looks and feels the same. Land areas are open and repetitive, with few interesting landmarks or terrain to make them unique. You unlock a hoverbike to help you navigate the terrain, but then they make much of the terrain in those areas poorly navigable on the bike. At no point do you have an opportunity to open up the throttle and speed across the glaciers, really making use of the mobility.

Vehicles are worse than before. Cooler concepts, but after 16 hours I hadn't found enough researched parts to really build out any of the offerings. An upgrade here, an upgrade there. Never really felt like I got to use them beyond just taxi service. The Prawn is completely unused in the game apart from those players who may want to build megabases for fun.

Overall, if you've played the first one, you can safely leave this aside. 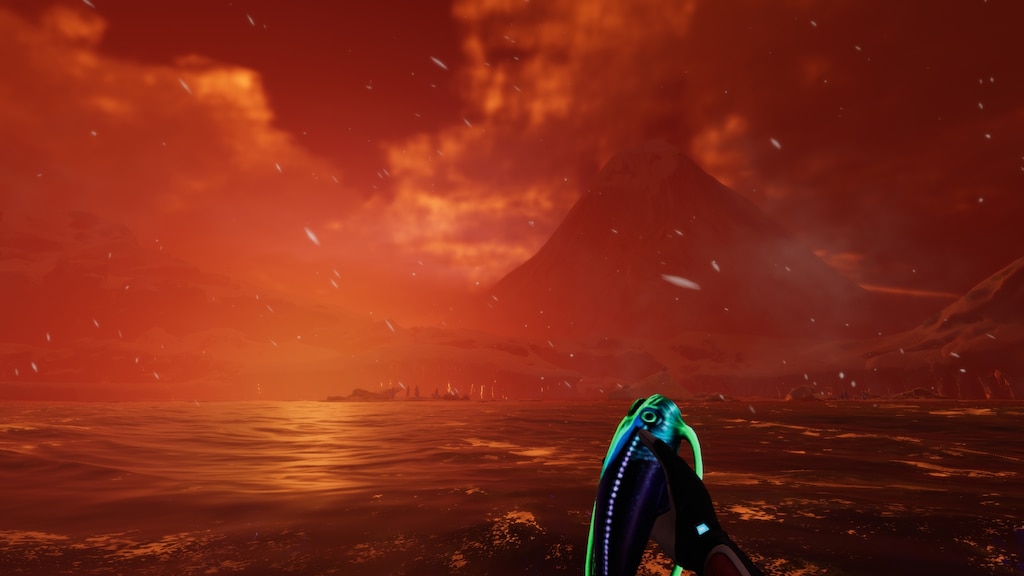 Mojo
View screenshots
I cannot find silver
Even made the mineral scanner and used 2 batteries worth looking. Where do I look. Played the first Subnautica only about 3-4 hours. SO I'm kind of new to the game
5 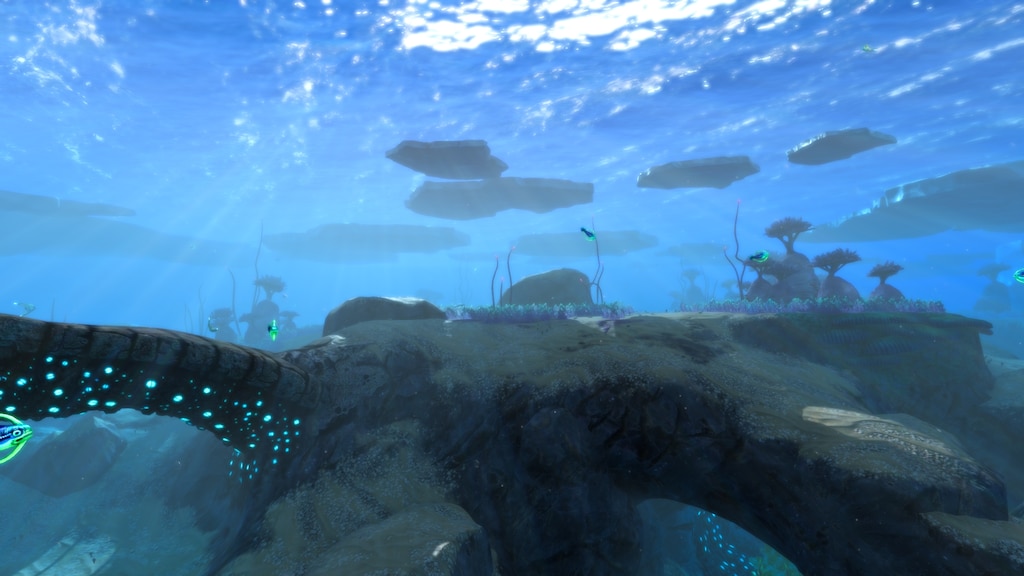 Below Zero: How To Find Items & Locations
This is a collection of How To Find videos on various items and locations in Subnautica Below Zero. Short and sweet, I hope it can help anyone looking! :D
61 ratings

1
0
Still the most satisfying mechanic in the series 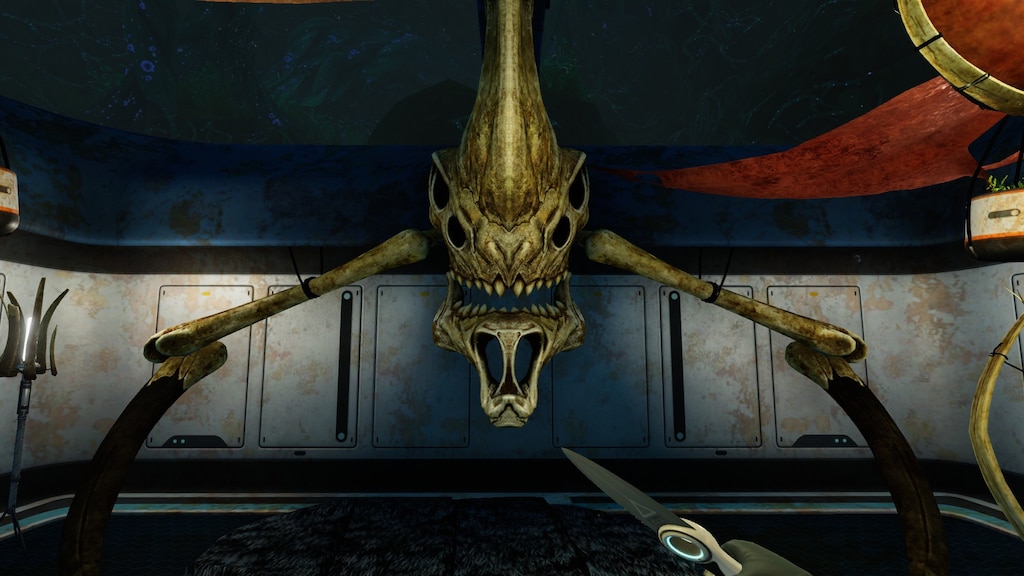 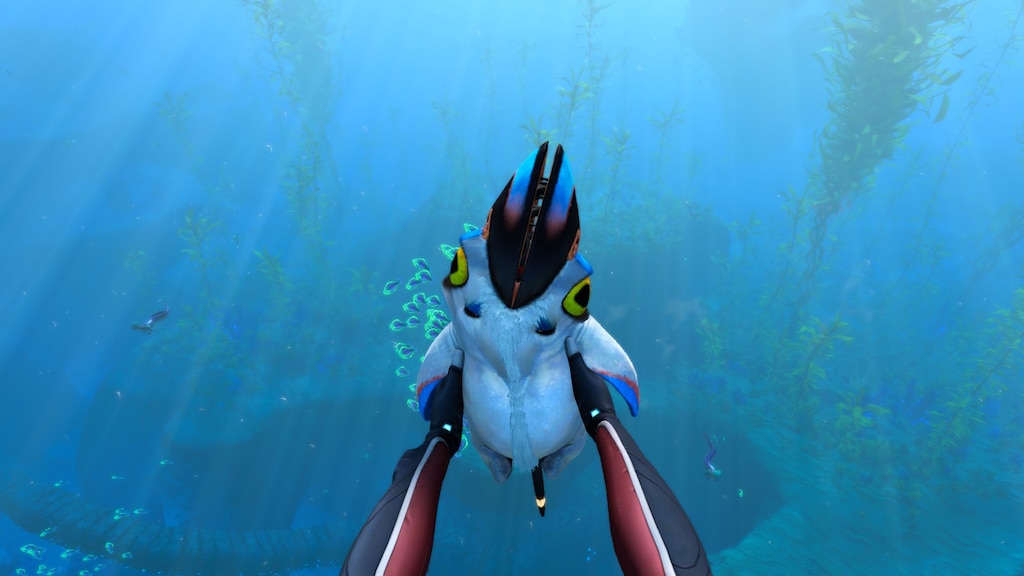 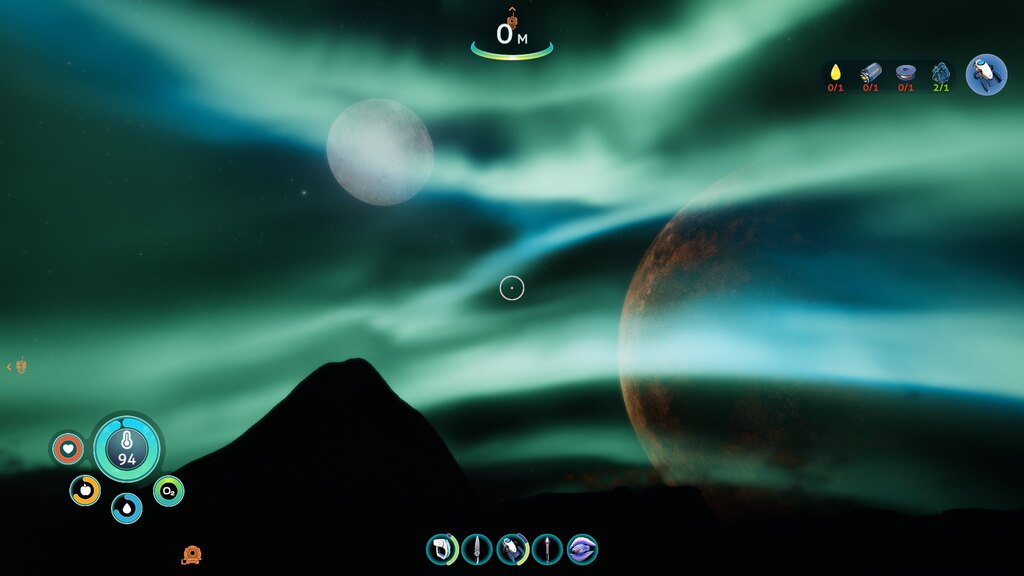 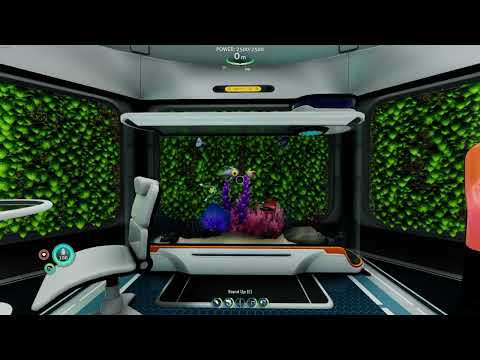 Subnautica Below Zero Guides
This is a vast collection of short no nonsense guides, that will help you progress in the game whenever you are stuck, as we show you all the locations of all the most essential tools and resources in the game!

Below Zero - Beginner's Guide and General Tips
These is a minimum-spoiler guide containing: 1) A Beginner's guide 2) General tips for all players 3) Pro-tips 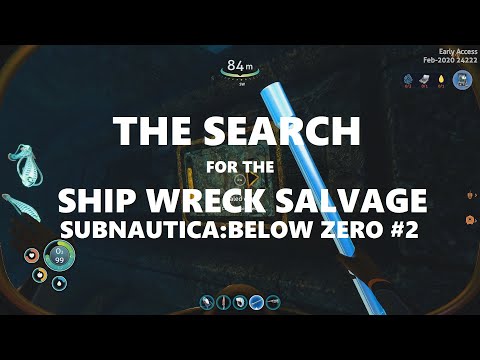 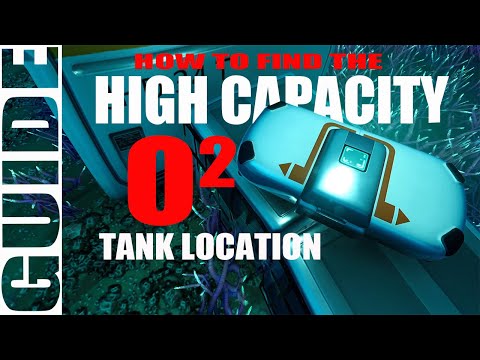 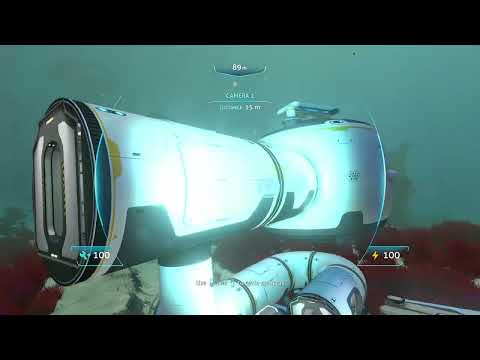 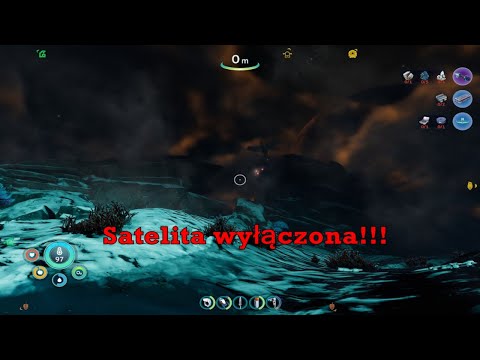 Rafalos
View videos
What about playing this one before / instead of subnautica?
Owned 1st game but its one of the few survivals I didnt play a lot. Now I see below zero offer, and it seems it has more "on ground" gameplay, plus some other differences. So what do you think, is it a good idea to get straight this one, instead of first playing or completing subnautica? Or maybe this is a better experience, so at this time, better play below zero? ty, wanna decide if I buy this today or not :P...
13

Грк
View all guides
Is it good now?
Ive been a fan of the first game and i waited for it to be over it's early access phase before i got it and it was a wonderful experience, however since this one had been out of Early access for some time is it enjoyable now?
7