Join the ranks of the Spiral Knights. Stranded on an alien world, you must explore the ever-changing Clockworks beneath its surface.
Visit the Store Page
Most popular community and official content for the past week.  (?)
I still want to know what GH is doing to...
...breathe life into this game, rejuvenate its content and revitalize its player base, so we know this game still has a bright future and isn't just on life support, being millked for every last dollar, waiting for the plug to be pulled.
10

Do not fear! Orb hunting tips are here!
READ ME In this guide I will help you find orbs of alchemy! If you want more suggestions on what missions to play, take a look in the comments section down below.
1,621 ratings

Spiral Knights - The Complete Guide!
Here i'll talk about EVERYTHING this amazing game has and what it offers! Starting from armor and equipment, to events and rare monsters. This is my first guide and i hope you'll enjoy it!
989 ratings 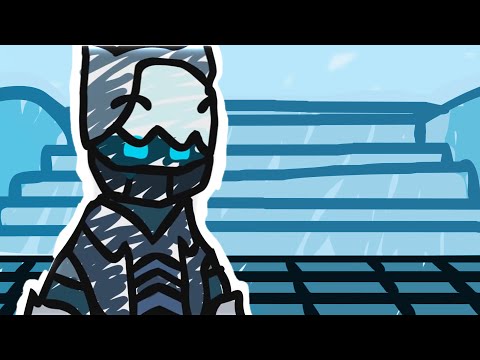 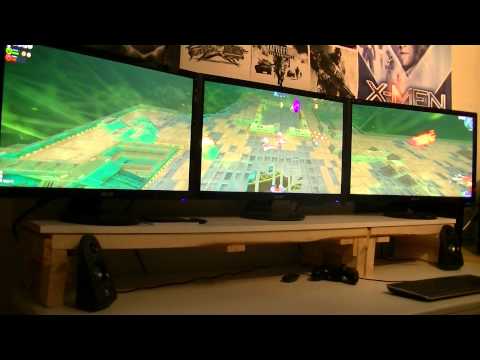 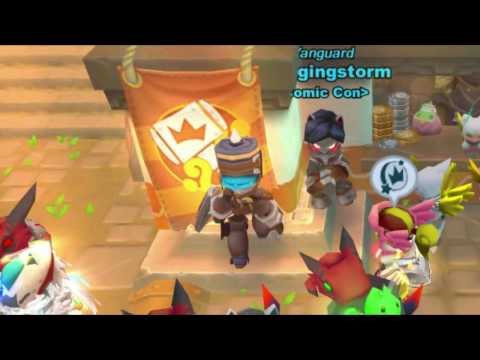 Getting Cash - Ways To Make Money
Looking for some cash to get your equipment? This guide will show you several ways to make money fast!
508 ratings 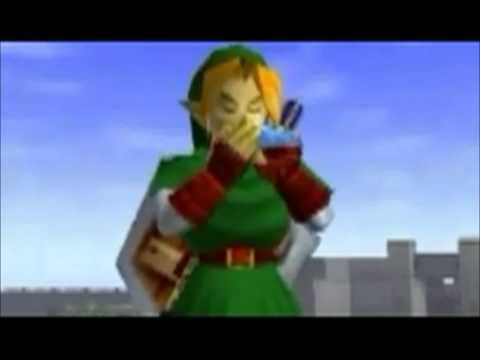 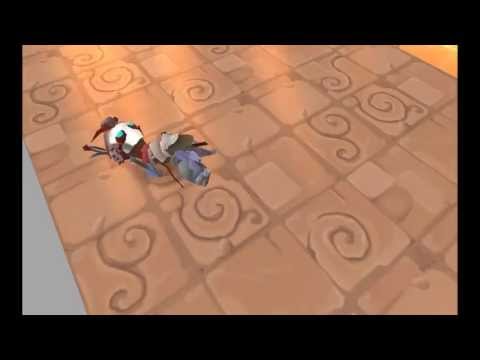 Improve In-Game Performance!
With this guide, you should be able to increase your performance quite significantly in SK. We’ll do so by making it use 64-bit Java instead of 32-bit as well as adding some parameters to use more RAM and CPU power.
171 ratings 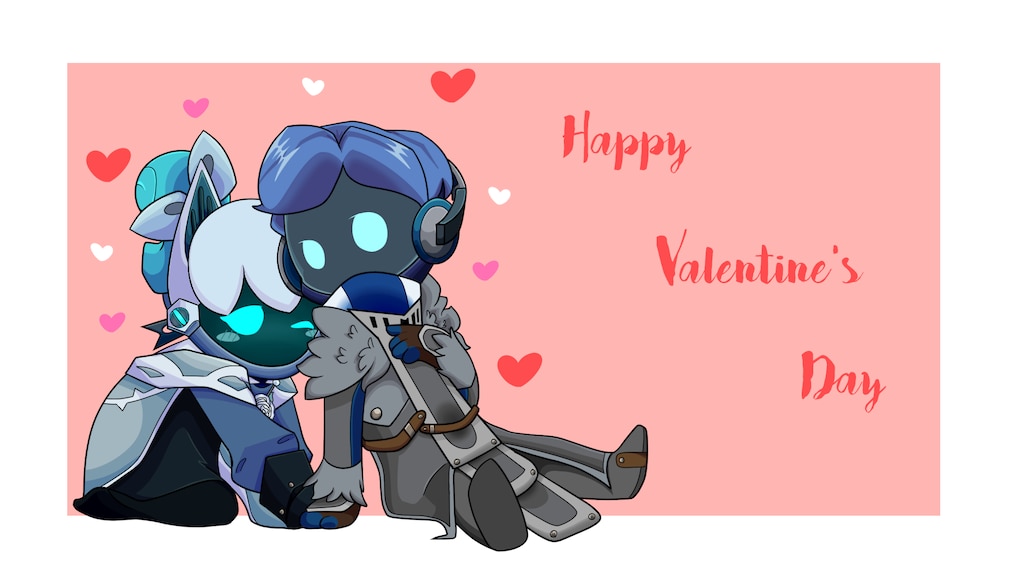 Firestorm Citadel - Basics -> Advanced tricks and tactics
The aim of this guide is to help people improve at FSC and learn advanced tricks about rooms, so you will get through faster and easier. The guide will thoroughly take you through what to do at each place in the Citadel. Including gear recommendations.
39 ratings

Clearly Not
View all guides
Artwork 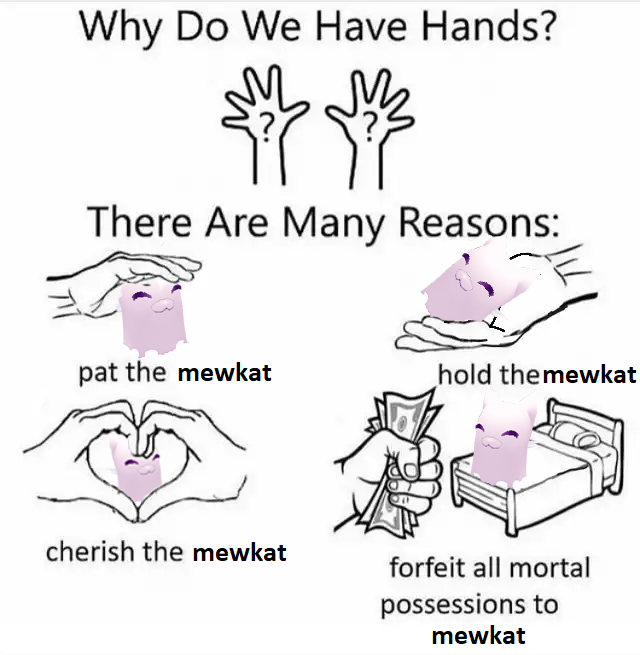 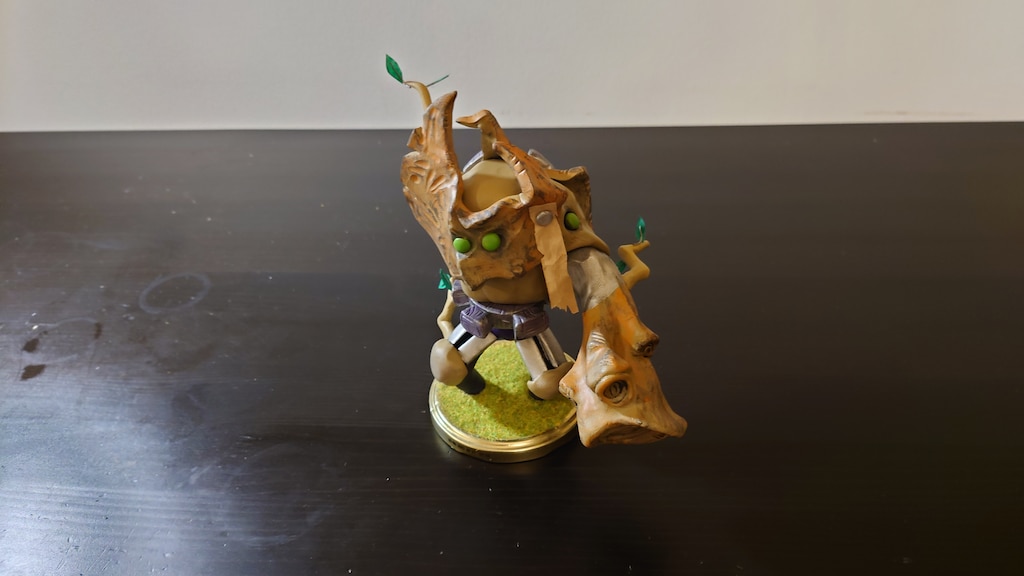 Recommended
197.2 hrs on record
I loved this game back in the day, I played a ton of it and for some reason it claims I've never bought or played it but had I hundreds of hours. I am writing this to see if it will show me the hours I had.

Not Recommended
1,127.2 hrs on record
Please read through all, I know it’s long, but it should all be taken into consideration:

I love this game. It has a special place in my heart. I’ve been playing it since I was a little kid, and it’s helped me grow in many ways and introduced me to lots of interesting people. My life wouldn’t be the same without it.
That said, I can’t in good conscience recommend the game in the state that it’s in. Years of neglect from the developers have started to turn the servers into ghost towns, as the campaign doesn’t take too long to power through, and there’s not a lot of interesting post game content, other than the endless hunt for cosmetics. You’ll find it’s mostly active during seasonal events, but the servers will be so crowded you’ll be lucky the subpar graphics engine doesn’t cause you to crash. Play long enough and you’ll encounter bugs, and a lot of them, plus “unused” code that the developers left in, which can trigger at random if you’re seriously unlucky.
I want more people to play this game, I really do. I want people to find or build their own communities, make friends and mentor lower level players together. That’s when this game is at its best. But with the way the game is now, recommending it seems like the wrong thing to do. But, if you happen to download the game, I sincerely hope you have as good of a time as I did.

Not Recommended
120.6 hrs on record
Man it's such a great game, had great memories playing this with this streamer friend named gomez, but sadly I have to admit. The game is dead, no matter how much you want to deny it, it's dead. it might just be me but i don't want to commit to a game that's dead. 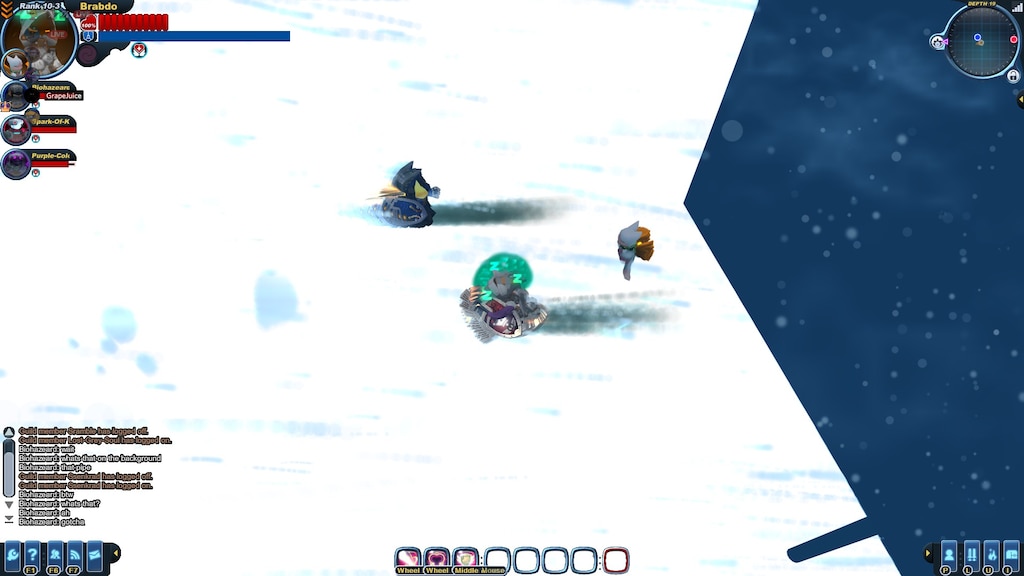 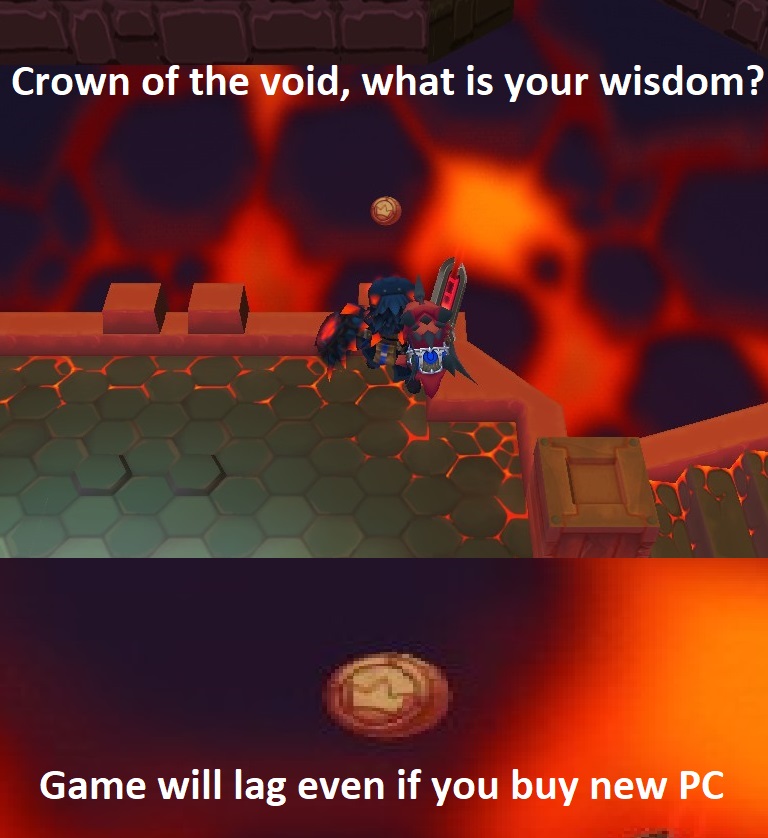 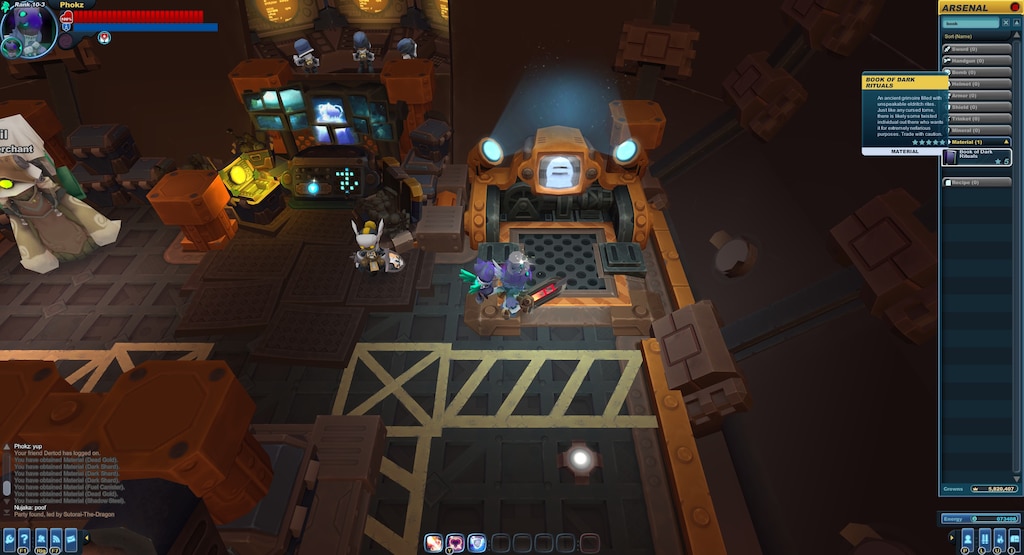 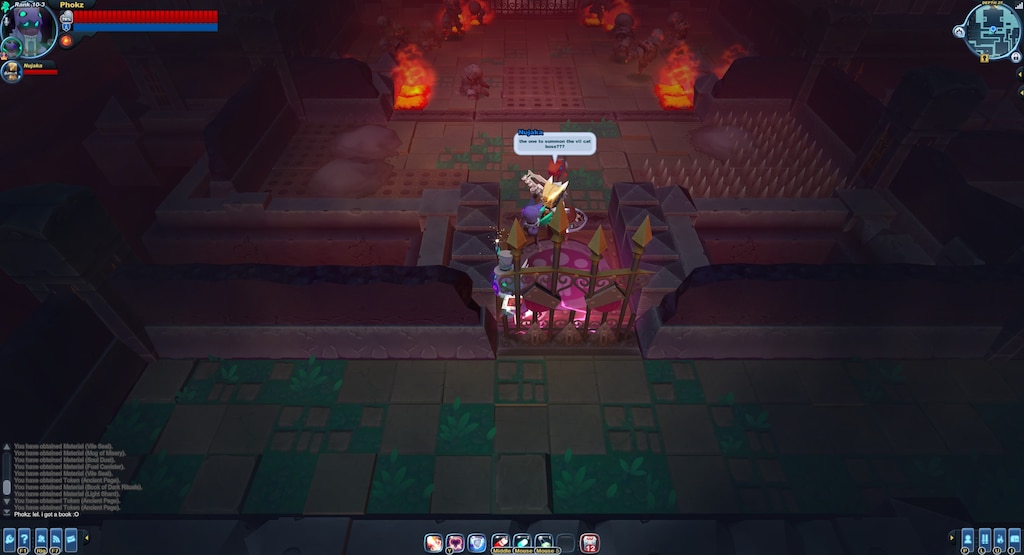 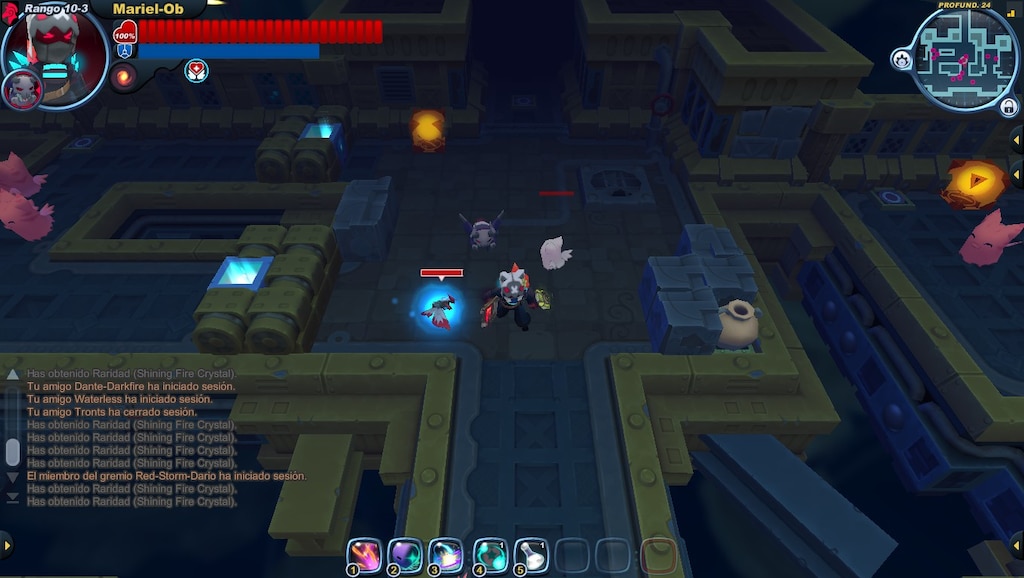 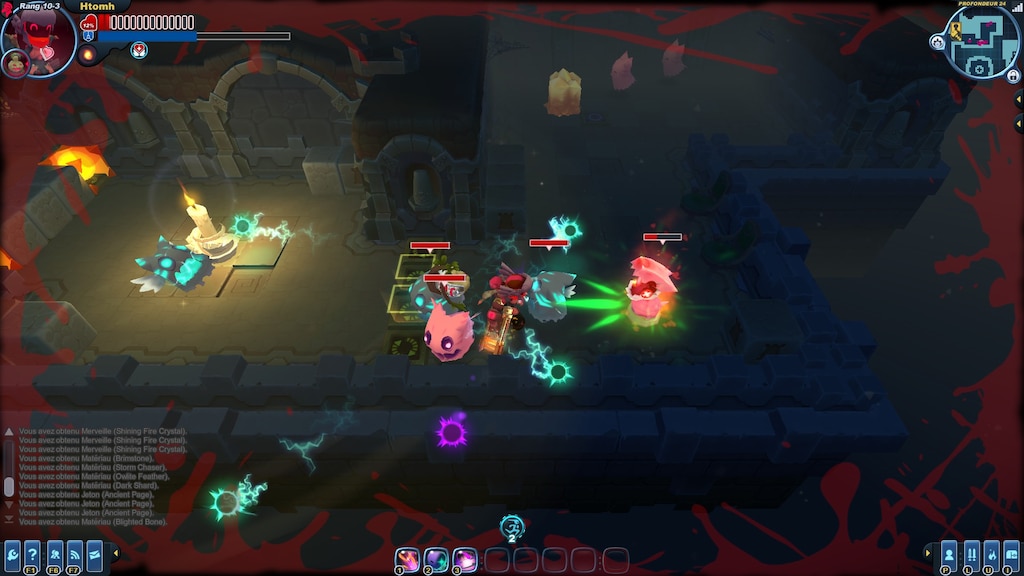 Arcana²
View screenshots
That's my opinion umilde nwn
the game is very good I mean I love it, although there are some things that would improve it, like improving the pointer a bit, I've been playing this game for a while, and I still haven't gotten used to the pointer, nor to the perspective of the camera when attacking yet enemy and among other little things, but I think it's a good game to play with friends to hang out, the game can get you hooked, the truth is that the game has left me several hours of vice, that's my humble opinion nwn I hope a Spiral Kn...
2

❛ Rushh DBZ ❜ ₯
10 hours ago
General Discussions
Has it improved since 2016?
Spiral Knights used to be one of my favorite games, even though I never really got far. I would draw my sprite on my homework, and one of my first big art projects was of my knight. The style and my first guild still make me happy when I think of it. Last I remember, the orbs were so hard to get that it took three real days of farming for you to - MAYBE - get one, and I finally realized that people won't look at your level, only your accessories. I would get chewed out by people for being a noob who joine...
10

Mereen
Jun 23 @ 11:01pm
General Discussions
Need krogmo coins
What's the fastest way to get them? I ironically used to only play LD all before but now that I need a few last recipes I'm unsure what to do seeing as LD and BN have been dead for a while, coming back from several year hiatus
8

Quiescence
Jun 18 @ 4:41am
General Discussions
I'm not sure what to call this.
As someone who spent a lot of time on this game. I've always wondered. Has anyone really created a retrospective of this game? I understand it's not entirely possible regarding the older mechanics. (Mist Energy, Mineral Deposit) But I am primarily asking because i see players around, old and new. What experiences did you have that kept you to this game? It's art style? Maybe adventuring with friends? Whatever the reason may be. I'd love to hear it. And if there is a retrospective video, i'll check it out...
10