What happens when a leader falters? The matriarch needs your help to get to an important destination, and you must keep everyone safe along the way. Decide which paths to take as you lead the herd through the matriarch’s forgotten places - but choose carefully, for each path has its own shadows.
$14.99
Visit the Store Page
Most popular community and official content for the past week.  (?)
Patch Notes #2
Apr 7
Content Additions
Changes
Bug Fixes

Shelter 3
76
12
Shelter 4 animal suggestions
I know this was released recently but I've got some ideas for the animals in the next game. Mountain lion aka cougar: They live alone, and are cool animals. I also thought it was a missed chance to put mountain lions as a predator in Shelter 2: Mountains Polar bear: I realize it's an apex, but they have hard lives with climate change and melting season and polluted seals. Black bear: They're being attacked by grizzly bears a lot. And I was thinking it could be a Spirit Bear which are a white variety and c...
19 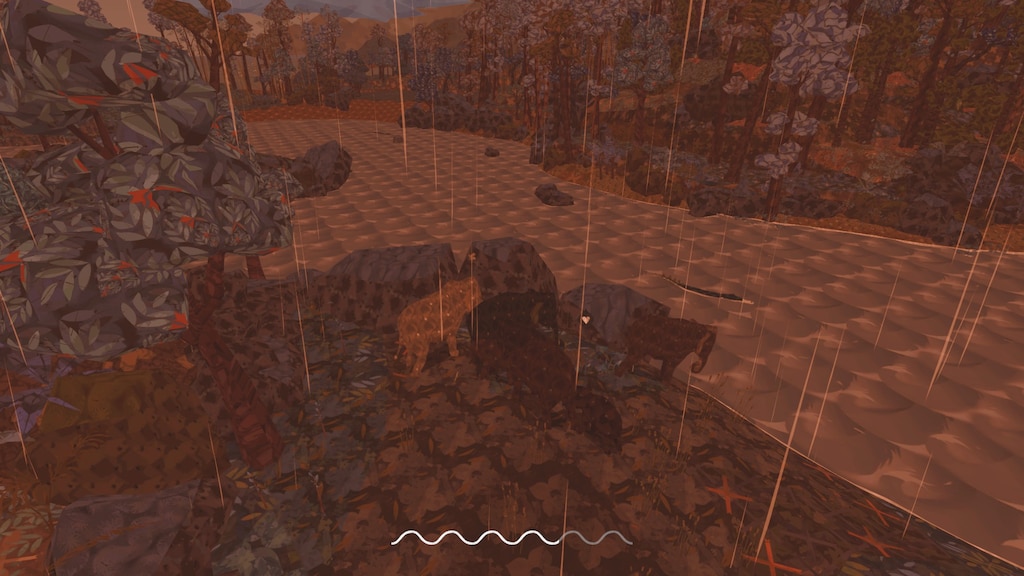 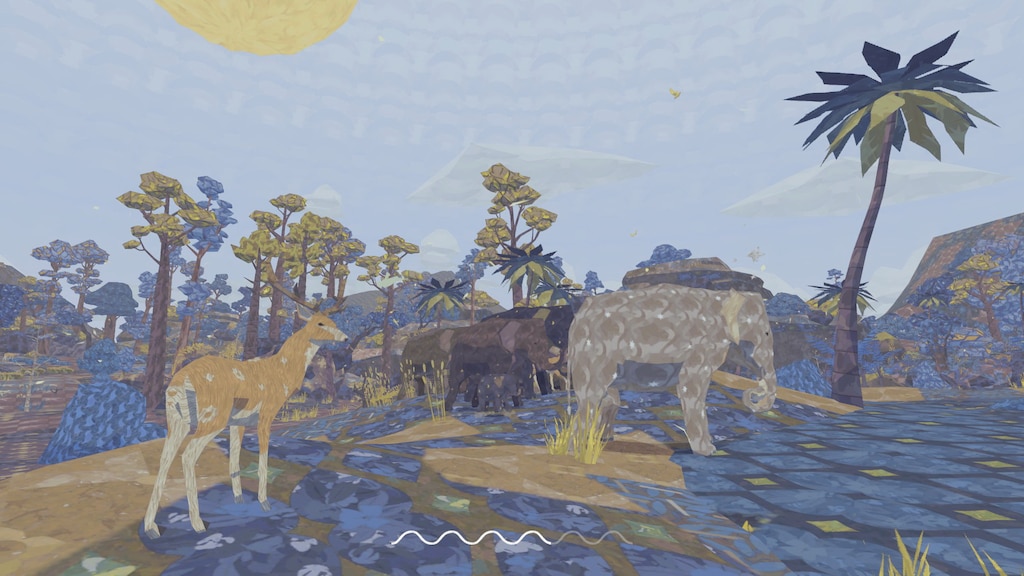 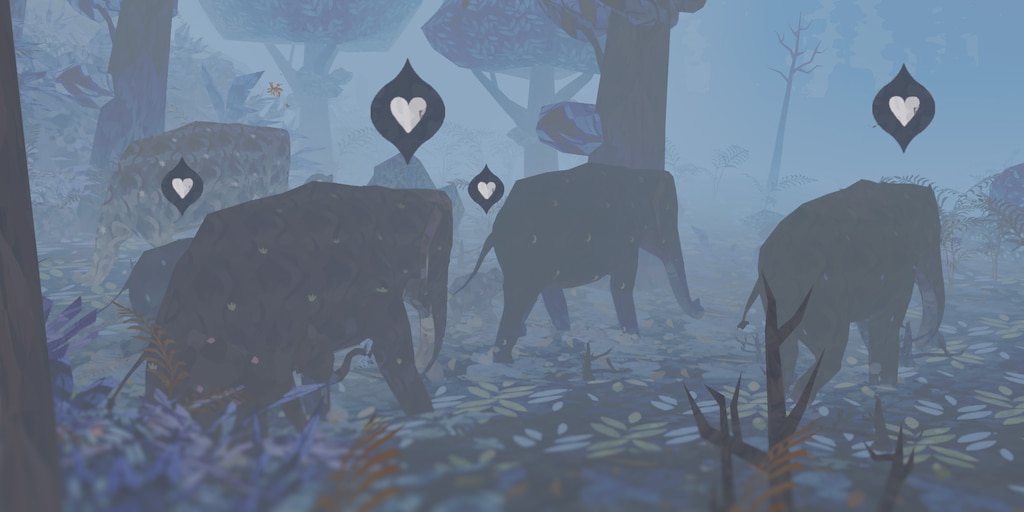 YASV
View screenshots
Shelter 3 and Meadow
So, Shelter 3 is finally out. With a huge lovely word that I’m excited to be playing on. Will there be a new den for the shelter 3 series animals to be in meadow? I saw some short gameplay and I’m really hyped on how big this change is going to be for meadow if Might and their team have already made plans for it....
11

MochieKit
Apr 21 @ 5:17pm
General Discussions
How much accurate this game is going to be?
Will the representation of elephants be similar to what we know from real life or that is not what the game is about?
11 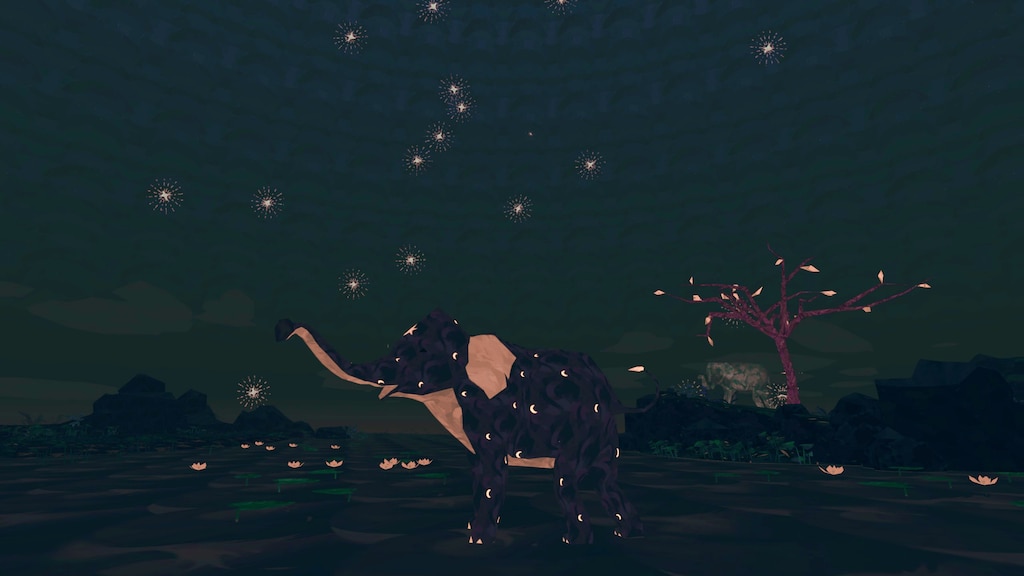 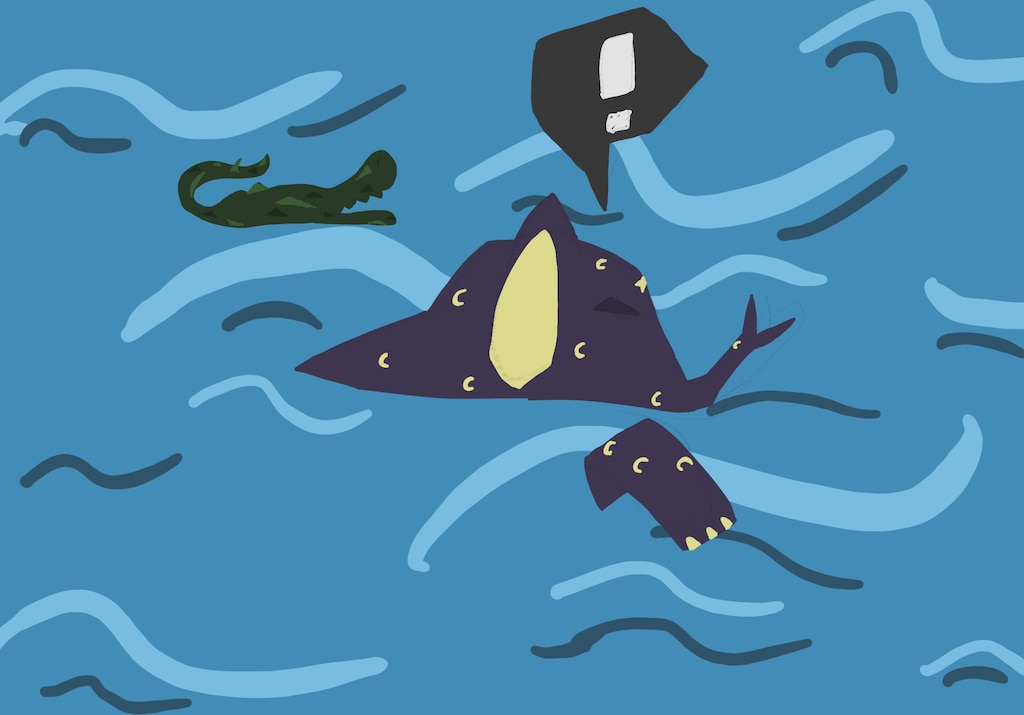 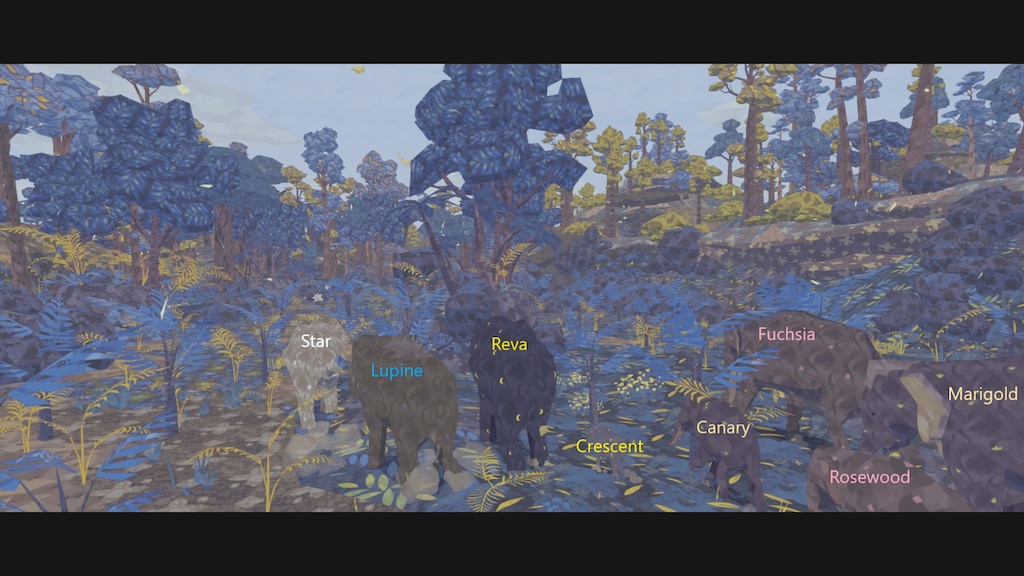 0
8
I gave the elephants names! 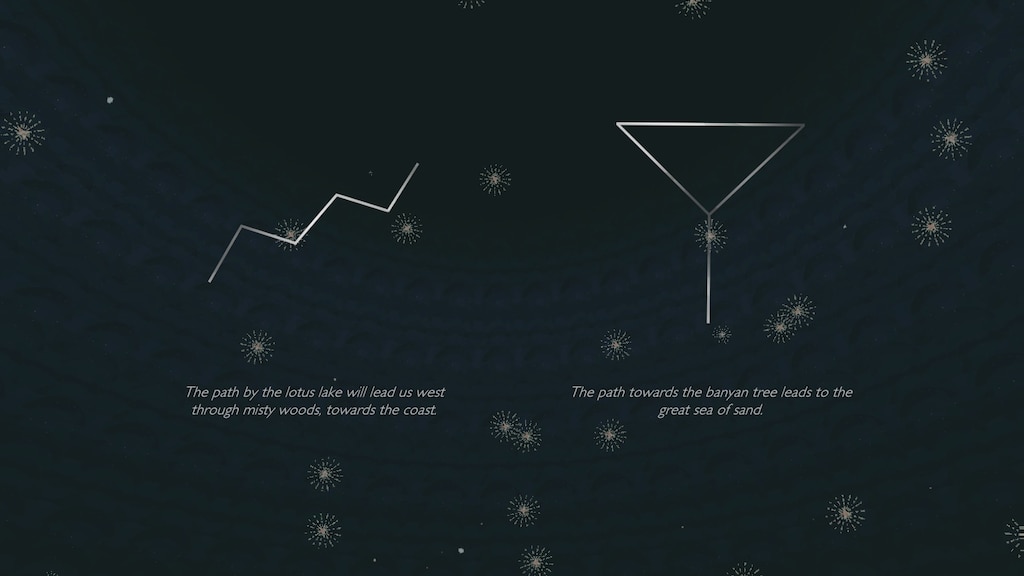 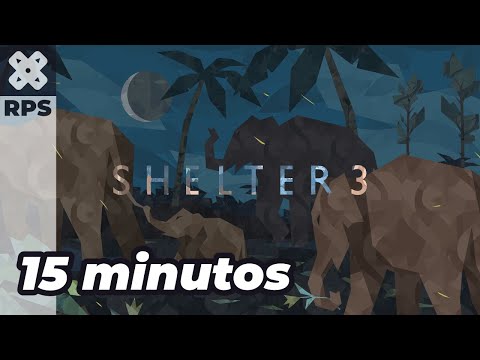 The Ultimate Guide to Shelter 3
How to become a good elephant: tips and tricks for beginners in the world of Shelter. 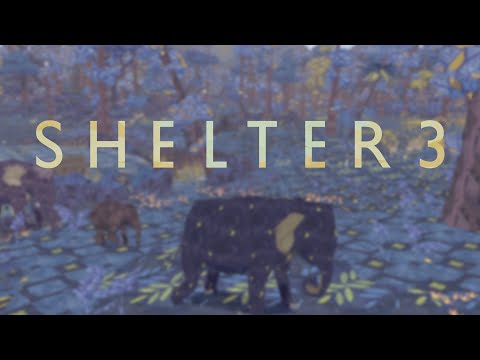 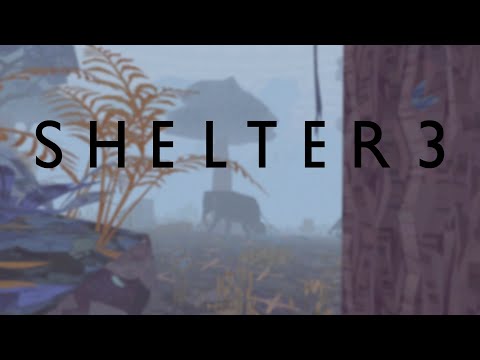 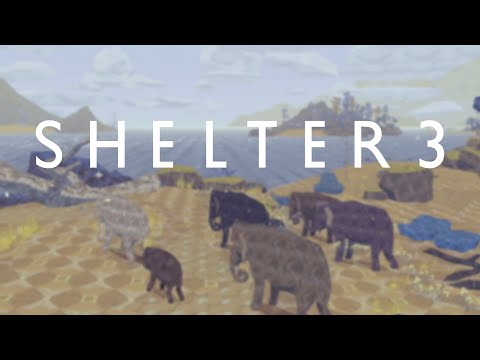 Bō / Toni
View videos
Can't feed baby
So, I was playing and I just got across the water, and I can't feed my baby. I could in the beginning part. Before i finished crossing, I had tried to feed the baby but we got stuck, but I managed to move. The symbol for milk showed up than, but it won't work now, and she's getting pale. Help? Do I need to go to the menu and then click continue? qwq...
10

Not Recommended
1.5 hrs on record
its not necessarily that i hate this game but it's just,, next to nothing amount of content and no dangers except for starvation if you want to explore anything that's not the beaten path. seriously, your herds hunger bar goes down so fast it feels like they have to eat every 30 seconds and trees are so scarce and ONLY on your path. LET ME EXPLORE. glad i got this on sale, but i can confidently say this is not worth $15, just play the first two games which are absolute masterpieces. the end.

A full shelter 3 guide
The ultimate shelter 3 guide This is a complete guide for shelter 3, with explanations of all the paths and how to avoid troubles :D Your first path choice. Upon interacting with your first star, and taking a quick trip to ghost land, you will get yo...

The Matriarch Pathfinder's Guide (WIP)
Calling all lost elephants! Are you stuck in the maze-like paths of the jungle? Want to avoid tigers, or just can't find the way to a certain landmark? Look no further! This is a detailed guide to the beautiful and deadly world of the elephant. ... 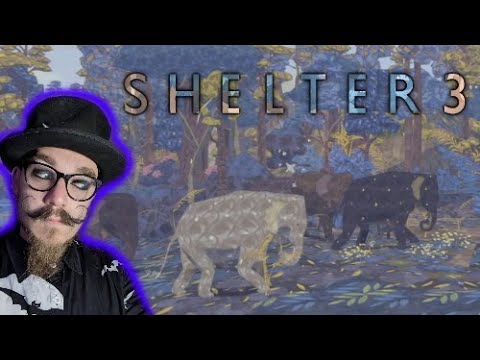 Batprince
View videos
Worth it?
I'm a huge fan of M&D games yet after the negative feedback I'm unsure if I'm still interested in purchasing... I don't necessarily mind if it's short, but is the gameplay any good? Does it compare to the previous shelter games?
5

Kestrel
May 7 @ 3:08pm
General Discussions
A Message from the Team
Apr 1
Dear Shelter Lovers,
After the hecticness of launch we wanted to pop in and respond to some of your reviews and feedback. Thank you, as always, for posting them - good and bad!

As some of you have pointed out, we did indeed design Shelter 3 as a different kind of game to its predecessors, and that was a conscious decision - we wanted to explore something new. Choosing elephants as our protagonists was an early expression of that direction: we liked that elephants are neither fast nor hunters and that their empathy and collective will make for characteristics we could design for. But in the end the game could work better, and this is a fact that can only be explained by the complexity of running development schedules for two games simultaneously. Without a doubt, building Book of Travels simultaneously has stretched our team wide and left some aspects lacking in Shelter 3.

So we're here to say that we're genuinely so sorry to hear that fans have been disappointed (we hear you) and we’re incredibly grateful to those who have stuck with us despite the hiccups and deficits they found in their game experience. We hope it helps you to know that our first patch is already up and that we will continue with a scheduled plan of patches as well as bug fixes. Now, as previously, we value your feedback and will act on it where we can.

But we should be clear that beyond fixes, Shelter 3 won’t change much. We hope that your replay experiences will bring you more satisfaction... If you’re one of the players who reviewed Shelter 3 well, thank you for spreading positive energies, as a growing and niche studio, we need and value your support in all its forms!

Thanks again for sticking with us.

Shelter 3
239
27
First Patch Notes for Shelter 3
Mar 31
Hello!
Thanks so much for buying Shelter 3 ! Here some the first patches. Thanks for your reports - we are working on them! And more patches will be released on April 7th.

Not Recommended
4.6 hrs on record
Ok, so I've been looking forward to Shelter 3 for a long time now. I didn't quite expect another Shelter 2, nor Shelter 1, knowing these devs and their variety in storytelling. I've adored Might and Delight games for a long time, Shelter 2 and Meadow being big favorites.
First 10 or so minutes, I didn't understand why the reviews were so mixed. The soundtrack is amazing, as too the visuals, and generally, I play slower-paced games. I was already having fun. The clunk and sluggishness of you and your herd never proved irritating or bothersome for me personally. I really enjoyed the beginning, and I was very excited to see what the game had in-store further on in terms of threats and excitement.
By the time I finished the game (1.5 hours) I came to realize, and agree (mostly).


The issues I found:
- The environment is static. The pathing on alligators(?) felt robotic, and the section with the tigers felt extremely isolated, liminal, and short. While different wildlife were wonderful additions, they were mostly completely unaware of your presence and had no collision. It was disappointing as the flamingos within the beginning section do flee at your presence, which then suggests the ability to interact with wildlife further on. (Though I do love the detail of other wildlife munching on the same types of greenery you eat).
- Adding on to threats; Gators are as simple as waiting for them to pass, and tigers are an audio cue to gather your herd. My hunger was more of a threat, not to mention these were one-time events. In terms of environmental threats, there are none. Even during a storm, an event which the game brings significance; this too was entirely aesthetic. I was on edge for flash flooding, or landslides, maybe even fires. Nothing. I made it through without a single fatality.
- Your herd is void of personality. It feels like you're just kind of expected to build a bond without real effort being put in to add character and life. They are nameless, and I cannot find an easier way to put it than the mechanic of your baby being completely pointless. You cannot name your baby, either. For a game from the Shelter series, a series that focuses on motherhood, your baby felt void, and barely a feature. While the game has cute mechanics such as picking flowers, playing with sand/water, etc, these still felt soulless.
- You have one stat, hunger; a more of a discreet way to disallow you to rush through the game. While I do not hate this feature, it did feel limiting or even irritating at times. It discouraged me from exploring and going at a comfortable pace, thus actually encouraging me to rush.
- The game is so short, it feels less like a grand journey and more like a brief walk. With only two major obstacles, you do not feel much of a sense of accomplishment or satisfaction by the end of the game. It's more of a "that's it?"
- Speaking of the end of the game, personally, it was unsatisfying. Apparently, it is made to be a message of grief, but I do not see it. I barely knew the elephant that died. I felt like more of a disconnected spectator. While I did really like the elephant graveyard and its scenery, it ultimately just left me feeling nothing.


Now, some things I liked,
- The game is beautiful, with much scenery to admire. I find there are many small landmarks and points of interest. I would play again just for the scenery.
- An amazing soundtrack.
- Small details such as being able to mow down much of the smaller foliage, especially while charging. Flowers you walk across get pressed down beneath your stride.
- I really liked the models and animation, which made slowly plodding around more fun to watch.
- Calling to your herd causes them to display signals of status, like alertness, or hunger, a feature I found to be neat.

Bugs and glitches wise, it was fine. A few hiccups of my baby getting stuck while attempting to nurse, and steep surfaces being a bit finicky never got to a point of frustration. The most prominent bug I found is your elephant just refusing to eat food until circled around to try again.


Overall, I don't hate this game. It was ok. It's lacking in many areas. It's not worth the current price, or something I can really recommend.
Really this game needs an improvement on threat difficulty and frequency, more passive interaction with the wildlife around you, and your herd needs a bit more life and personality. An ability to name your baby and your herd coming with pre-set names would be a really good start.


TL;DR
An extremely short and somewhat dry experience, that isn't really fulfilling. The AI is mostly lifeless, exploration is limited by a hunger feature, and you won't really feel much of a connection to your herd. More of just a beautiful walking simulator with an amazing soundtrack, that can leave a lot to be desired.