Become the ultimate assassin in the most realistic modern warfare sniping game available. Engage in an immersive single-player campaign across large, open-ended maps. Tactical thinking, stealth approach and precision in execution of long shots required.
-75%
$29.99
$7.49
Visit the Store Page
Most popular community and official content for the past week.  (?)
Sniper Ghost Warrior Franchise Sale - Now On!
May 19
The Sniper Ghost Warrior franchise sale is live on Steam NOW with up to 80% OFF the full back catalogue! As we know, patience is a virtue when it comes to sniping, and looks like it's paid off - now’s the time to complete your SGW collection. The latest instalment, Sniper Ghost Warrior Contracts 2, has a head-popping 50% Off and comes with the free, major expansion - Butchers Banquet.

Better yet, the full arsenal of DLC weapons and skins have been discounted too, meaning you can upgrade your armoury before heading for deployment.

So, what’re you waiting for? Pull the trigger!

Sniper Ghost Warrior Contracts 2 - 50% OFF
Take on the role of Raven, contract sniper assassin, as he embarks on a series of new contracts in a lawless region of the Middle East, located along the Lebanese and Syrian borders. Tasked with a seemingly impossible assignment, your mission is to topple an insidious criminal syndicate and bring them to justice.

Sniper Ghost warrior Contracts - 75% OFF
Siberia has claimed its independence after a war between Russia and Mongolia. In the face of corruption and abuse of power, an armed opposition is established - The Siberian Wolves. Playing as Seeker, you’ll be sent on a series of dangerous missions by a mysterious sponsor with the aim to restore order.

Sniper Ghost Warrior 3 - 80% OFF
You are Jonathan North, an American sniper dropped into enemy territory in northern Georgia, close to the Russian border. Explore large open-world maps, take on the enemy, and prevent the entire region from collapsing into chaos.

Sniper Ghost Warrior 2 - 80% OFF
A mercenary group in the Philippines plans to use bio-weapons on the world and only one person can stop them, U.S Marine captain Cole Anderson. Embark on a special mission to neutralise the enemy and prevent a war before it's too late.

Sniper Ghost Warrior - 80% OFF
When the democratic government of Isla Trueno is overthrown, an aggressive and hostile military command rises to power. We need you, a highly trained special ops sniper, to help the rebels accomplish objectives and establish peace.

Take me to the Sniper Ghost Warrior Franchise Sale page!

Sniper Ghost Warrior Contracts
41
1
How does this one compare to 2?
I recently bought Contracts 2 and beat it. Loved it. Is this one too much of a downgrade or is it still comparable? Doesn't matter anymore. I bought it since it was on sale. I enjoy it more than the second one.
2

doomedSniper
View artwork
Zip Line
In the first mission when I press E to use the zip line I always die. Why is this ?
4

A Detailed Guide to Sniper Rifles
This guide is meant as a resource for determining the best rifle for a given situation before you buy them. Contains scope power ranges, magazine capacities, and available special ammo types for each sniper rifle in the game, including DLC, along with som...
125 ratings 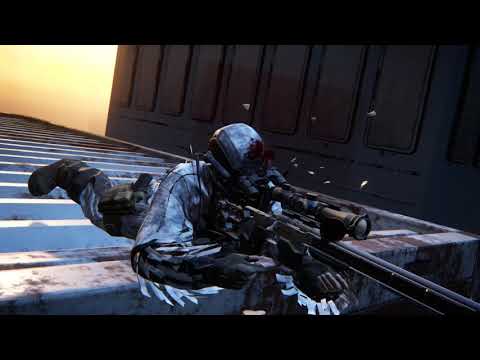 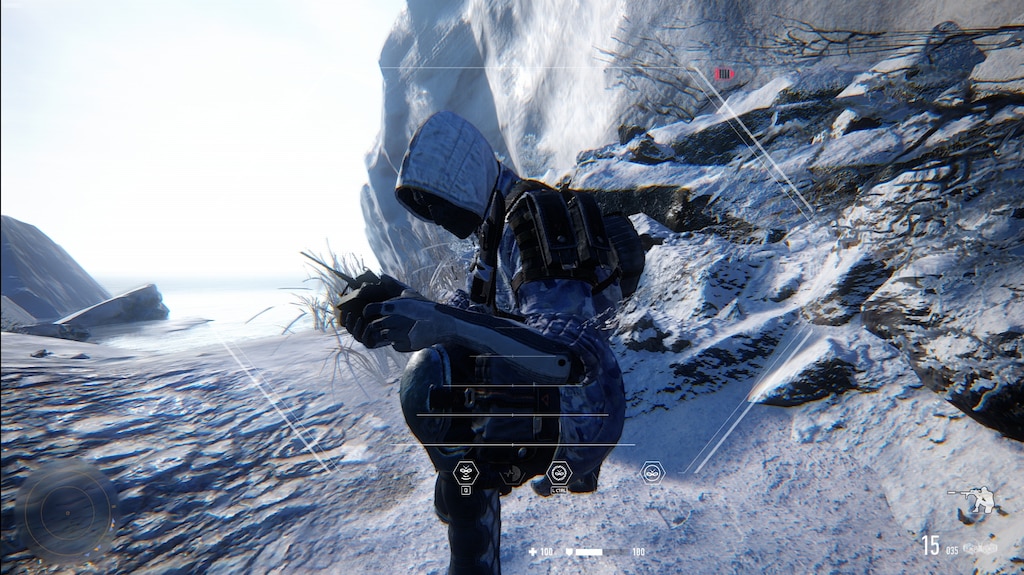 0
6
Seeker? Don't forget you can use your drone for a selfie too ;) 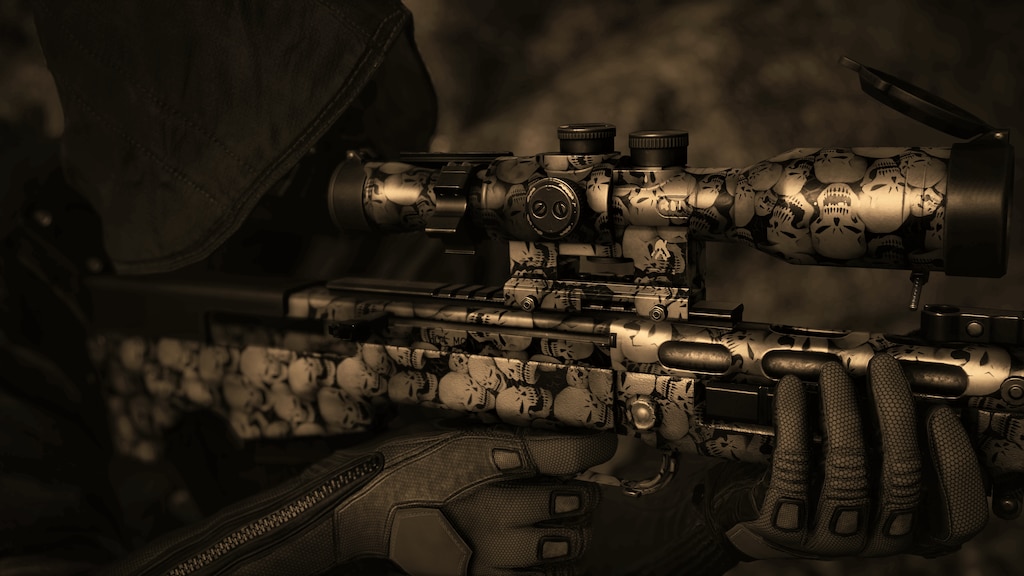 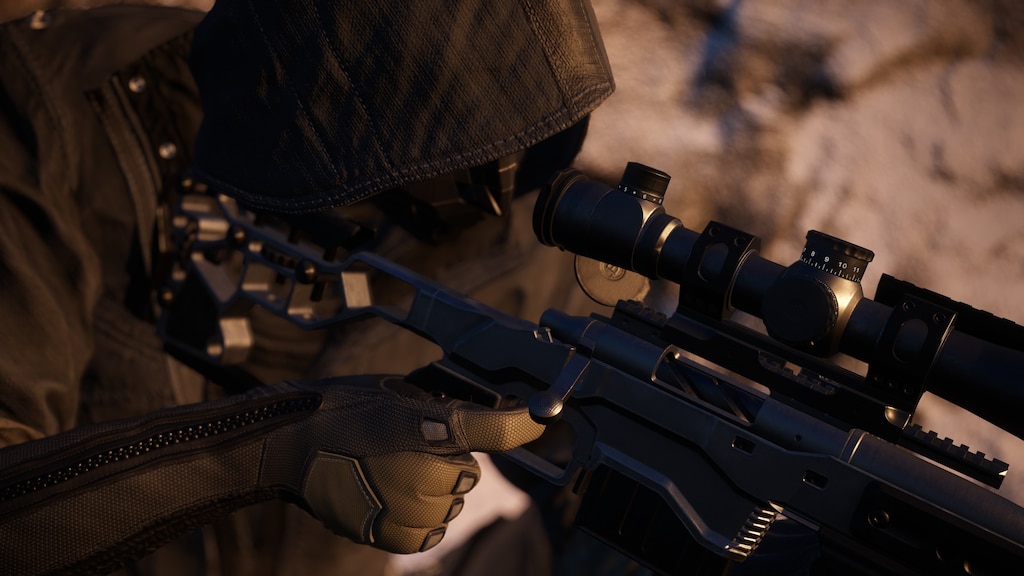 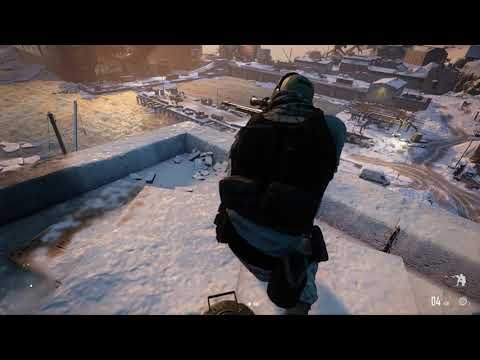 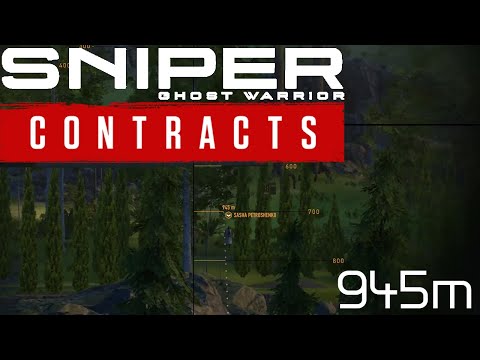 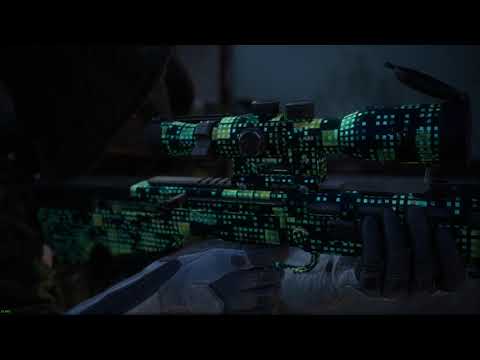 A Simple Guide to Chain Kills
Chain killing is easy to do right and easy to do wrong and this guide will help you find the right moment to start your stabbing spree. In this guide you will find a detailed step by step procedure to set up and execute chain kills as well as picking the ...

Recommended
4.5 hrs on record
Have had the same amount of fun as with Sniper 3 Ghost Warrior.
Hardest difficulty right from the bat was the best choice, I got punished a lot and had to learn how to snipe completely new again.
Once through the difficulty curve, a true experience worthy! What a fun game!
And it does have "Golden Boys" :)
Spend 4.4 hours completing the first chapter inclusive tutorial. What a blast!

Ofcoarse there are imperfections, let me sum at least 3 important ones:

Recommended
0.5 hrs on record
At the time of writing the game's rating is "mostly positive" and that just about sums it up.

I bought the game in the sale and I have to say I am glad I did since its not worth more than the 10 Pounds I paid for it. Its supposed to be a realistic sniper game but there is very little realistic about it:
1) The main protagonist seems to have motor neuron disease. He cant hold a rifle still and shoot a target at even 50 meters without holiding his breath
2) He also has asthma and so cannot old his breath for more than a few seconds
3) Apparently the winds are over 100mph in Siberia and can move a supersonic projectile by more than a head-width in 50 meters but apparently less proportionally as the distance becomes greater.
4) Meanwhile his opponents are dead shots while shooting from the hip with a machine gun at 200m without needing to take wind or bullet sag into account
5) The enemy snipers are able to see you crawling instantly from 300 meters away, despite wearing enhanced camoflage
6) If you fall into water you die within a minute
7) Falling from 2 meters does more damage than a bullet

I could go on but you get the point. Realistic it is not.

On the positive side, the graphics and animations are incredible. True, they are mostly borrowed from other games - like the bullet time, but its so satisfying to see your opponents head explode. I LOVE being a sniper! The wind mechanics, although overdone, are well thought out and I got used to them very quickly. The enemy soldiers are aggressive and will try to find you. They interlock very well and work as a team. The maps are a good size and varied. Most stories work well enough to be believable. The side arms are weak and mostly useless in the game. There are too many gadgets to choose from and too many guns for that matter. You can easily spend 2 million on collecting everything but there's no real progression. This does all add an extra dimension to the game if you can be bothered to play the same maps over and over again perfecting your skill. The save game system is a bit arbitrary, you can easily loose half an hour of game play if you stay in the same area for a long time and end up getting killed. Done that once or twice is ok but doing it a lot soon wears thin.

There are 5 mission areas with 4, 5, or 6 objectives in each. Ordinarily that would be about 20 hours of game play if you take your time. However they mix in these secondary objectives which are pretty much mutually exclusive so you have to do each scenario several times in order to get all the goodies. For instance, I was just trying to to a run-through Mission 5 where one of the challenges is to do everything without dying (and reloading). I was about 2 hours in and still golden when I came across a bounty hunt. My instinct was to let it go but I killed the target first shot. Unfortunately I had to loot the body in order to get the points so I carefully killed all of his team. When everyone was dead I carefully made my way to the body and looted it. At that instance 3 snipers spawned and since I was out in the open that was that. I HATE GAMES THAT USE SPAWNING, it is the last resort of a weak mind. 2 hours down the drain!

And that for me in general is the fatal flaw of the game - you simply cannot do it the first time through without resorting to a walkthrough. You find the sniper positions mostly by dying, You navigate the map mostly by trial and error, aka dying.

As a side note, I found that one map was very familiar. It seems someone copied it for Farcry 5 Arcade. I have to say I preferred the Far cry version. Honestly if you want to be a sniper, buy Farcry instead and play the Arcade. The maps are as good as in this game, The AI is more realistic and you only have to hold your breath if you want to shoot 200 meters or more. As a bonus you can drive the vehicles including helicopters. Whats more there is over 1000 hours of game-play on Farcry5 plus Arcade without ever having to do the same map twice.

I will play this game some more now that I have it. This game has so much potential but throws much of it down the toilet.

Recommended
12.1 hrs on record
Amazing sniper game with lots of replayability, I really enjoy playing this game. It doesn't have a lot of weapons only a couple snipers, rifles, pistols and gadgets. There are 25 total contracts in the game or missions for you to complete. There are bounties around the map you can claim for some extra money but there is another sniper going after them so you have to take them out first. There is a lot of downtime in between the contracts giving you time to plan and prepare for your next. My favourite feature out of the entire game would be the bread and butter... Sniping it is so satisfying and simple to do once you understand how your sight works. Just the feeling of shooting a guy in the head from 500 M and there head exploding into a pile of gore makes this game worth the downtime in between contracts. 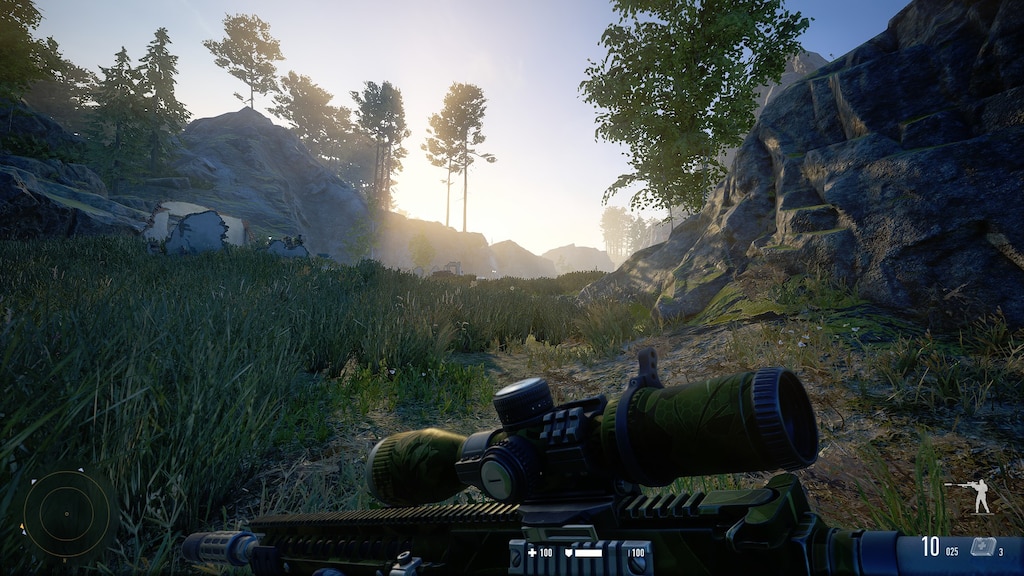 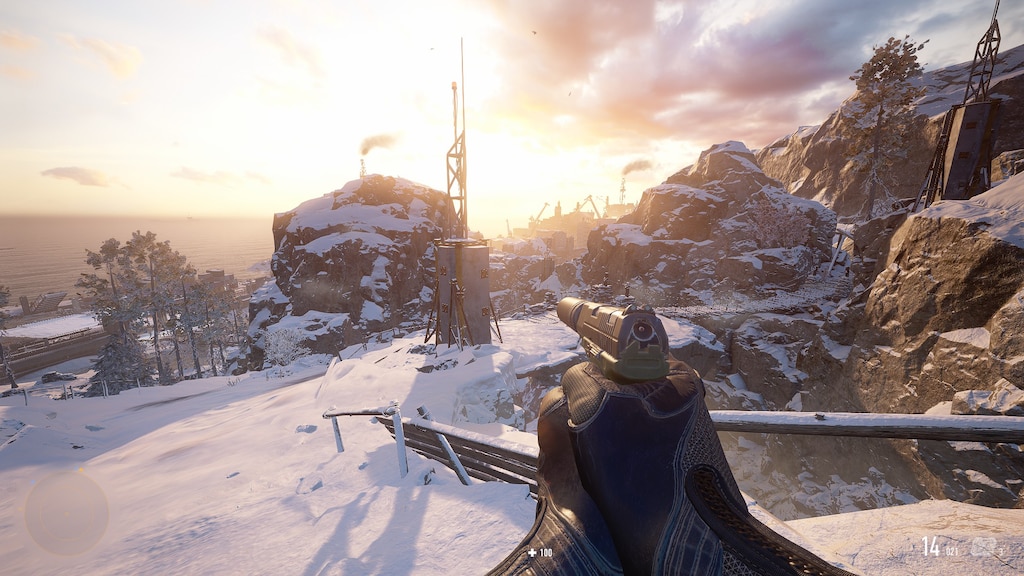 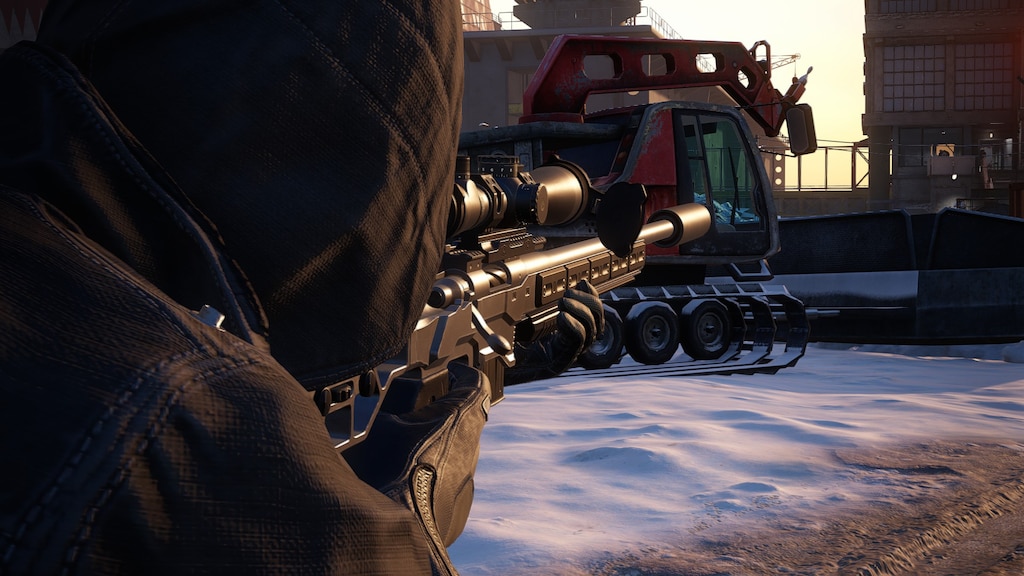 badazz
Jun 25 @ 3:56pm
General Discussions
Continue a Contract?
Do we have to complete a contract in one session? From the Main Menu there is a Contracts choice, and I can see a contract I was working on. Only option seems to be to Start Contract which starts from scratch. What am I missing?
2

rheitzman
Jun 30 @ 5:03am
General Discussions
Are the cutscenes skipable now?
Because that's the only dealbreaker for me
1