Create your own bus empire on Fuerteventura now! Thanks to the economy system in the new Tourist Bus Simulator, you will be able to found your own bus company on the popular holiday island Fuerteventura.
$29.99
Visit the Store Page
Most popular community and official content for the past week.  (?)
Aerosoft NextSim21 Trailer
Aug 24
News about TramSim, a big update for The Bus, new impressions of the Road Construction Simulator, exciting DLCs for the Microsoft Flight Simulator, new insights into the development process of Autobahn Police Simulator 3, and of course some new simulations await you in the Aerosoft NextSim21 Stream.

Tourist Bus Simulator
74
5
Dead game?
is this game dead yet? there has been no update for a long time
5

Binko
Sep 13 @ 7:03am
General Discussions
containers and buggy parts
hi i have two problems one is the last part for the buggy i know it must be on the beach near ajuy and have run around and but i just can not see it or anything that shines like the other parts the other is the container at ajuy where there is a safe inside one keeps looking as if it is locked on my card even though i have unlocked it can also see I should have only opened 24 containers and I'm sure I have opened all, have run after the list here...
3 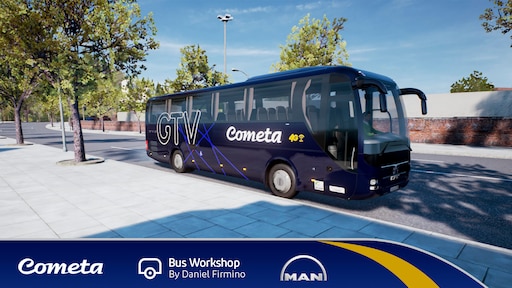 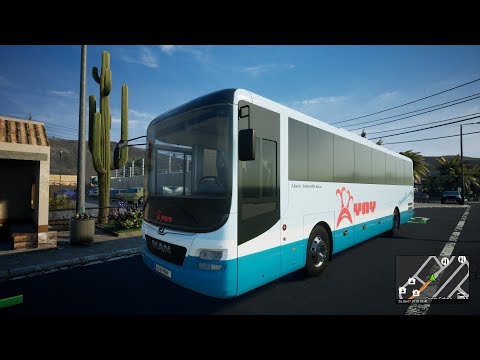 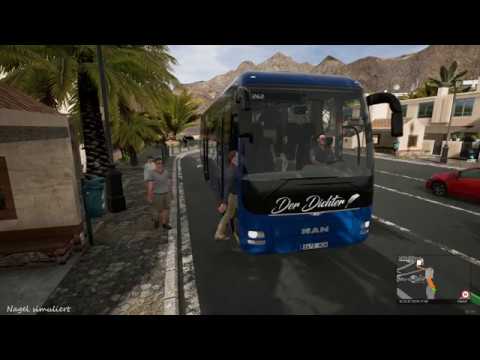 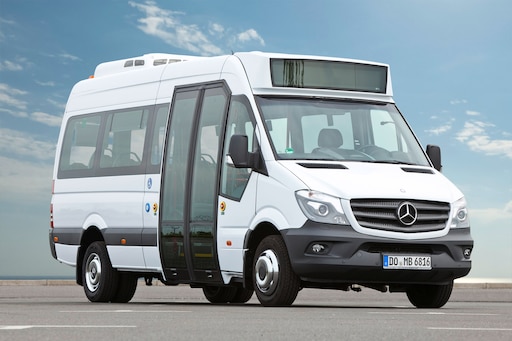 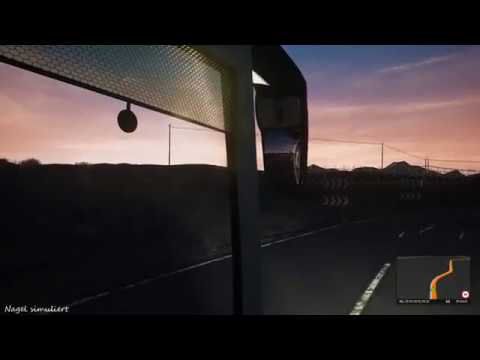 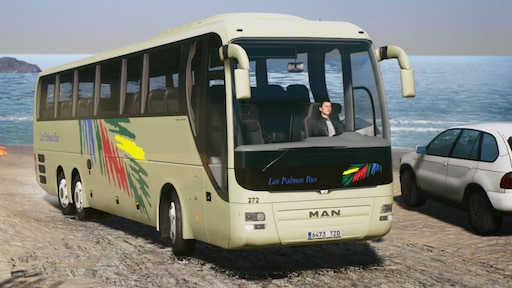 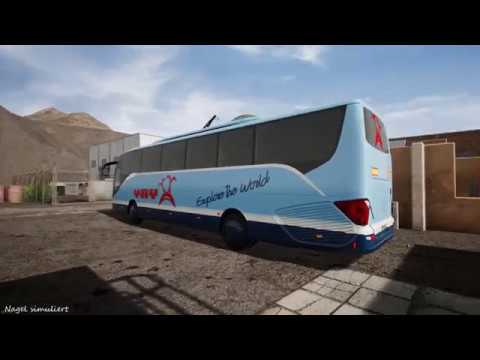 Nagel
View videos
No Bus
Ive got two buses, one is being repaired, and one is available for the next contract, ive ticked the box which should place the bus at the base ready for me to drive, however no matter how many times i tick it , it seems to auto untick meaning the bus is never there , the contract is at 7am, i keep moving the time its now 6.55am, the other diver isnt scheduled to do the contract its got my name on the schedule, so hasnt got the bus, why is the bus not appearing ??...
9 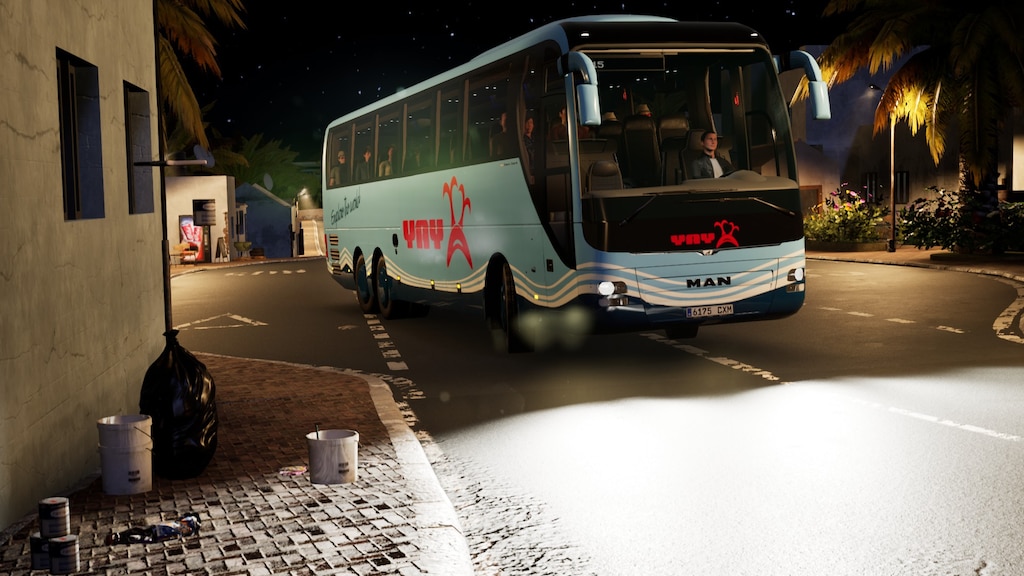 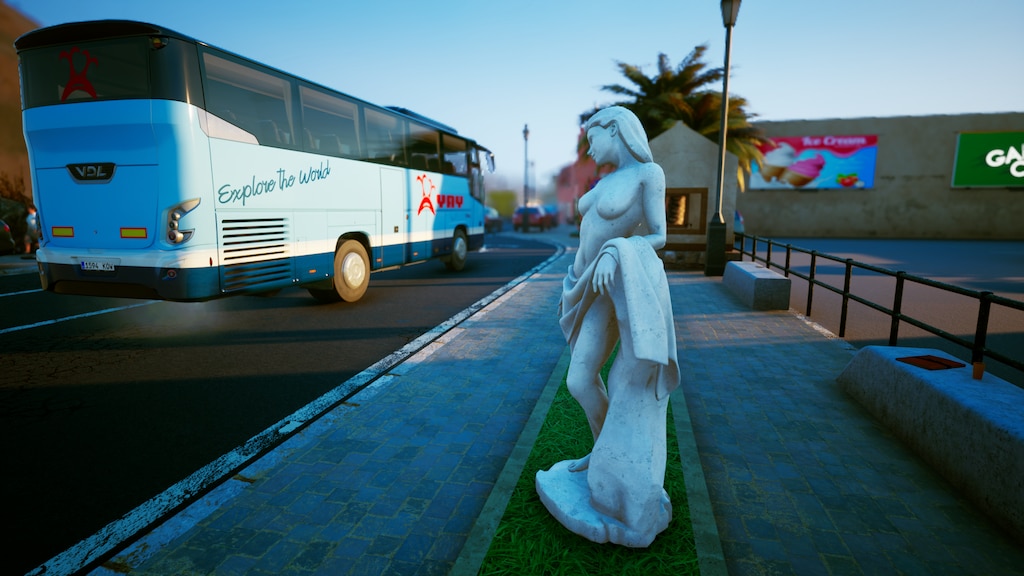 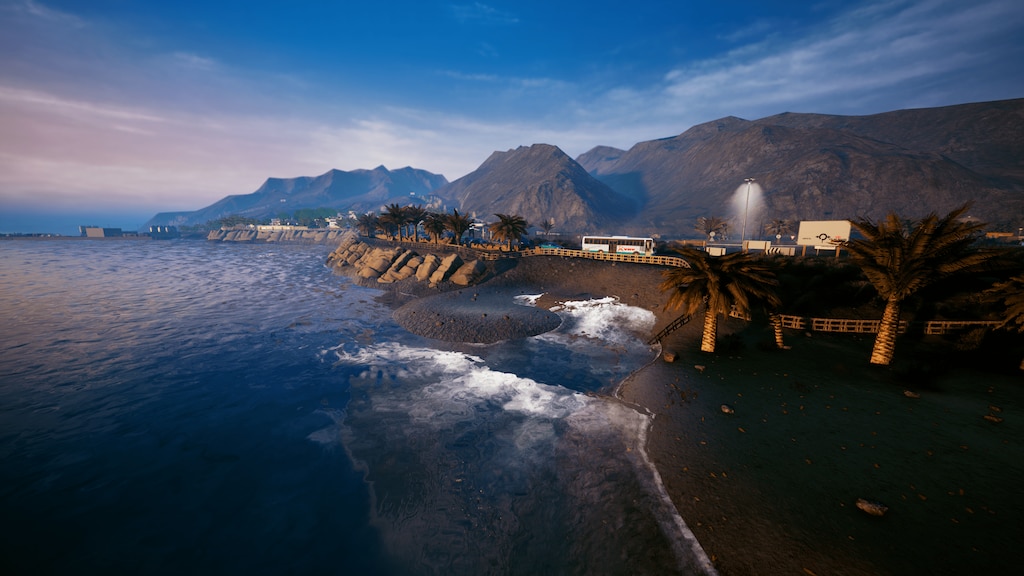 0
0
Dawn on the island of Fuerteventura. 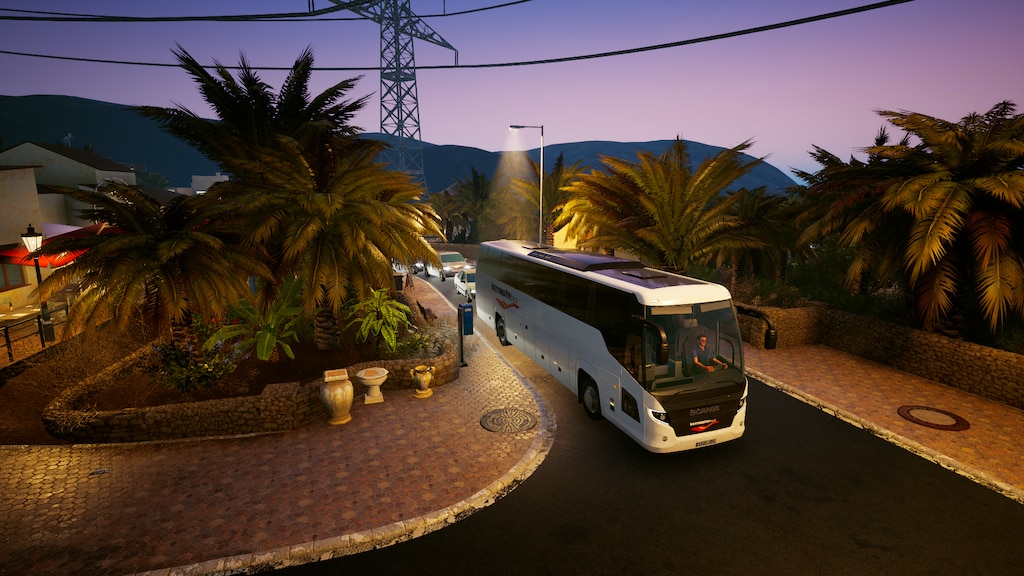 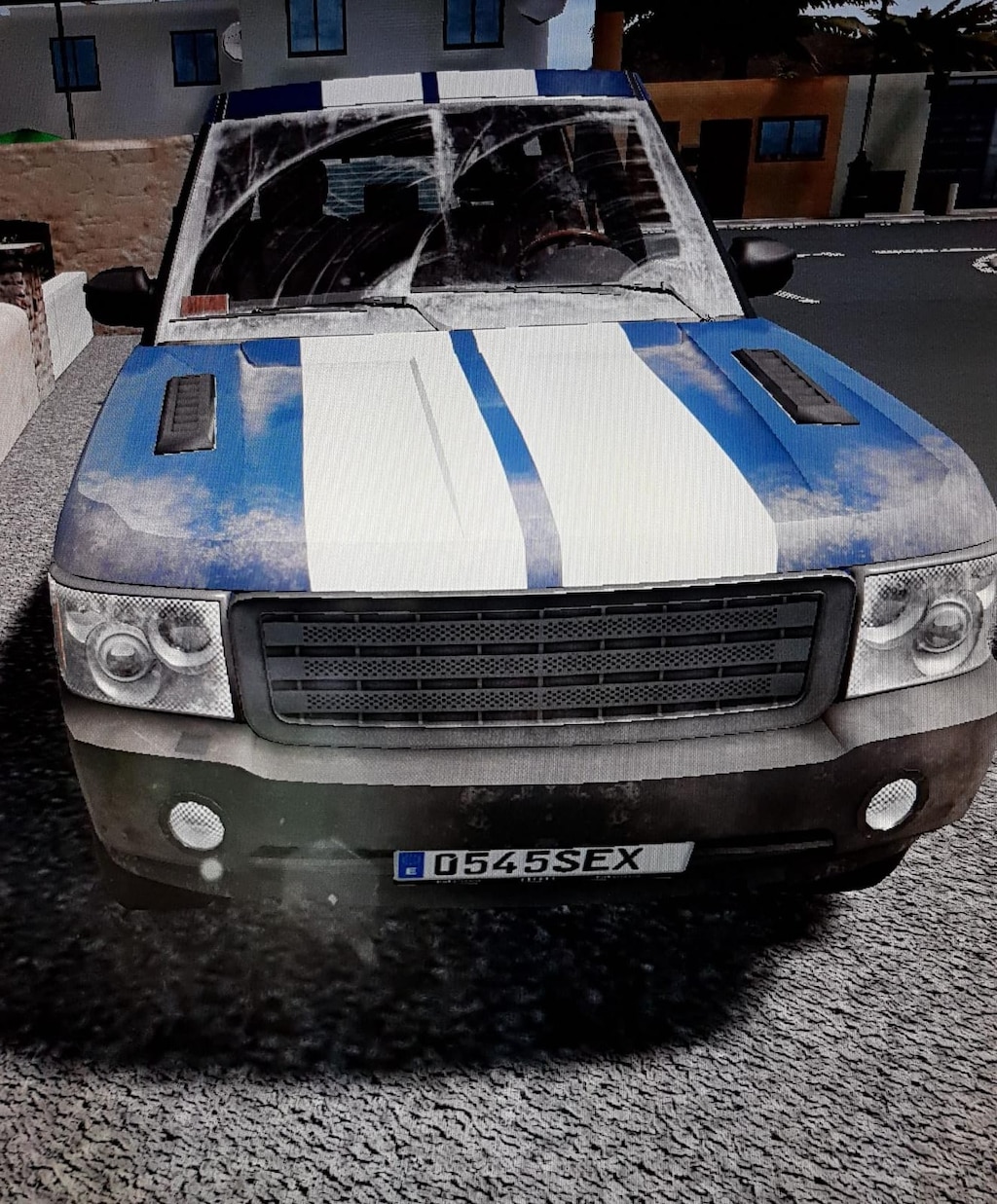 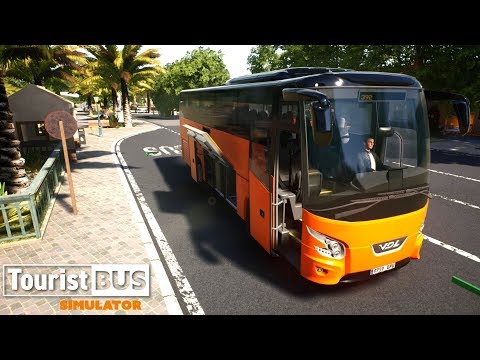 Radar (speed camera) MAP
Places where you should watch your speed - or you get fined ! Since last update it seems to affect your cars either. regards

Not Recommended
1.5 hrs on record
This is an incredibly disappointing game. While I've only played a couple of hours, the bugs, lagging and poor interface are making it a struggle to even try to fully experience the management side of this driving sim.

The setting of Fuerteventura is an interesting choice, but as a frequent visitor to the Canary Islands it's great to see an area represented that isn't just some generic German or American city. The landscape and street signs, etc., have been well recreated and it's a believable setting.

== The Bad ==
There's so much the game gets wrong, and even more that are just huge oversights on the part of the developer.

:: Controls: While hardcore sim players probably love the ability to fine tune controls on a per-vehicle level, for the average gamer it's overkill, and also frustrating. Want to map a function to a button? Get ready to do it individually for each bus/car/on foot! For casual gamers, you can use an XBOX controller, however the buttons aren't present in the UI so get used to 'Gamepad Face Button Left' instead of X.

:: Camera: The camera, unless you're using a mouse, on this game is so frustratingly slow. Trying to check the junction you're trying to navigate is clear? Expect it to take 5 seconds for each direction, and by that time new cars have spawned. There are settings to finetune the camera controls in the settings UI, but they don't seem to alleviate the problem. Even a key mapping to re-centre the camera (like in ETS2) would be a huge help. Driving in third person view always has a strange swaying effect (even with it set to 0 in settings) reminiscent of the drunk camera in GTA games - makes it totally unenjoyable to use.

:: Graphics: The graphics are just okay. While Fuerteventura is quite a barren and arid island, there's still a large variety of fauna. This does come across sometimes in the game, but pop-in is a huge issue, even on Epic settings. While driving around, textures change at around a bus length in front of you - so even with the sliders set to Max it's unavoidable. There's also the issue of vanishing peds, peds taking AN AGE to disembark and board the buses, and your character sliding everywhere, as the walking animation kicks in too late.

:: Performance: Having played everything on High/Ultra for at least the last 3 or 4 years on my current PC, and with the settings auto-detect setting things to Epic, the performance was still quite ropey. Frames dropping, and the game struggling to render the opening video was a sign of things to come in the game itself. Poorly optimised for a game released in 2018.

:: User Interface: The developers have, for some reason, brought back 1990s skeumorphism with the approach to the management interface. Inside the in-game office building, you have to walk around to interact with pinboards, calendars, calculators and a FAX MACHINE (!!!) in order to pick up orders and do basic tasks. Just scrap it all and go for a single mechanic, like the computer in PC Building Simulator. There also a lot of UX and UI inconsistencies, which add to confusion around why things don't often work, which states are active/inactive/disabled.

:: Achievements: Bad news if you're an achievement hunter (or good if you just want to get them all asap) - there's only 6, and they're all part of the tutorial which can be completed in around an hour.

:: DLC: All the buses seemed to be locked behind DLC which cost almost as much as I paid for the base game. No additional missions or content unlocks, just buses which is a shame. 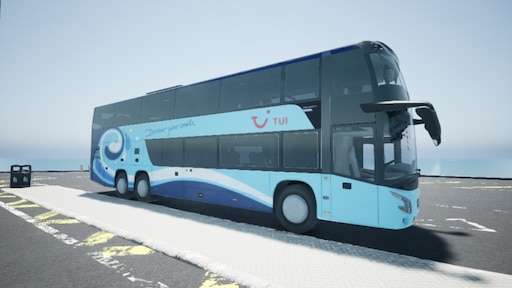 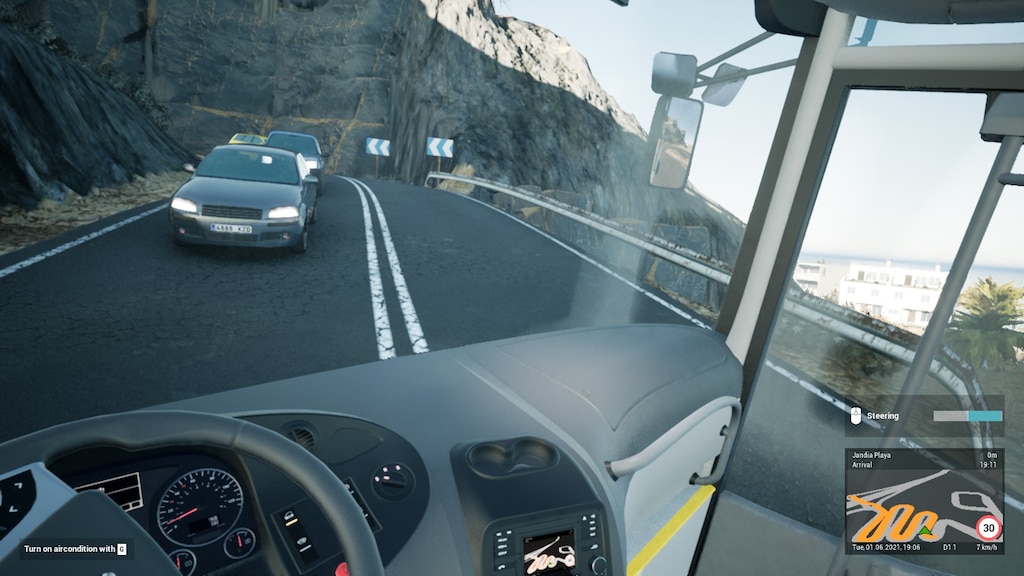 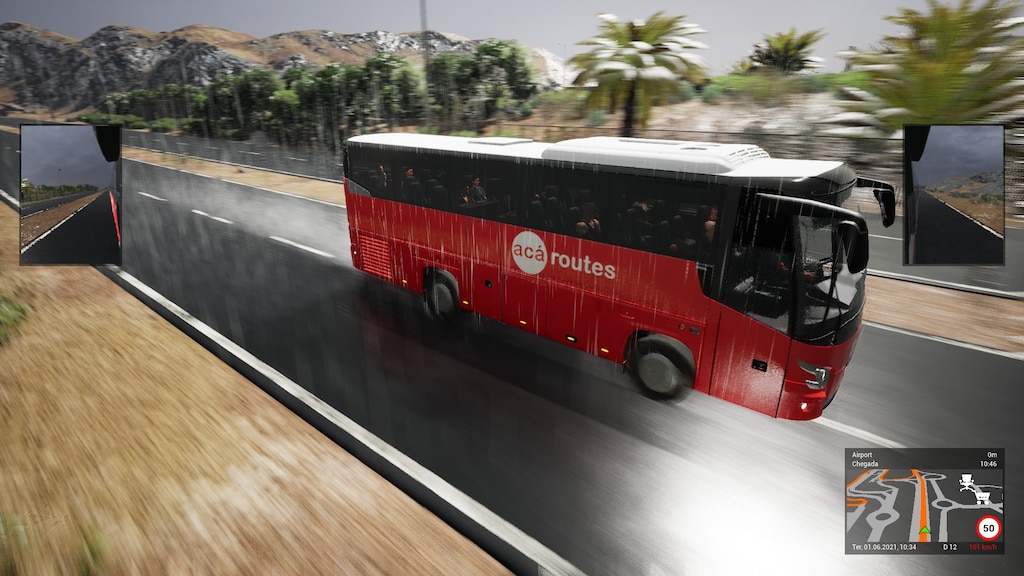 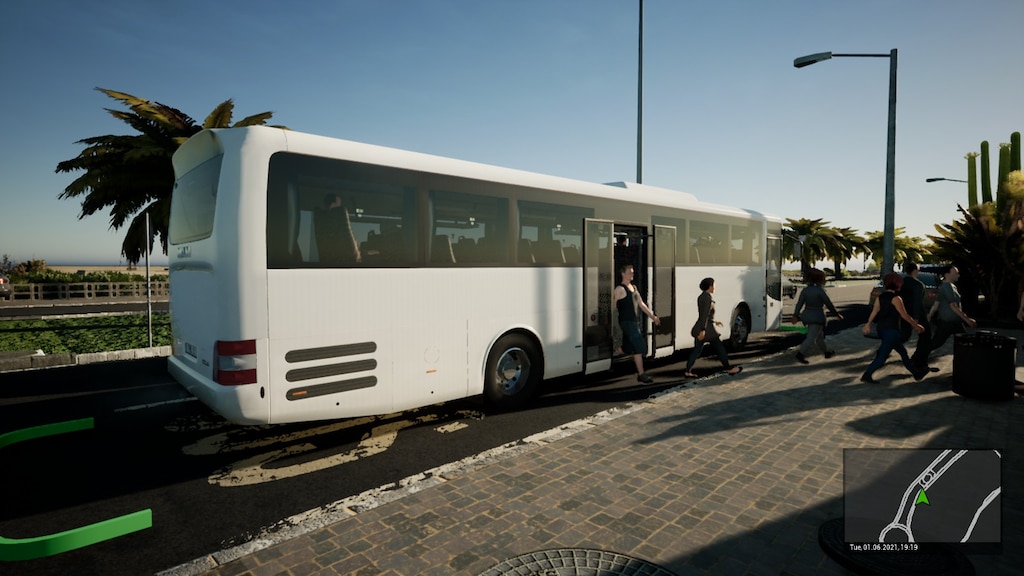 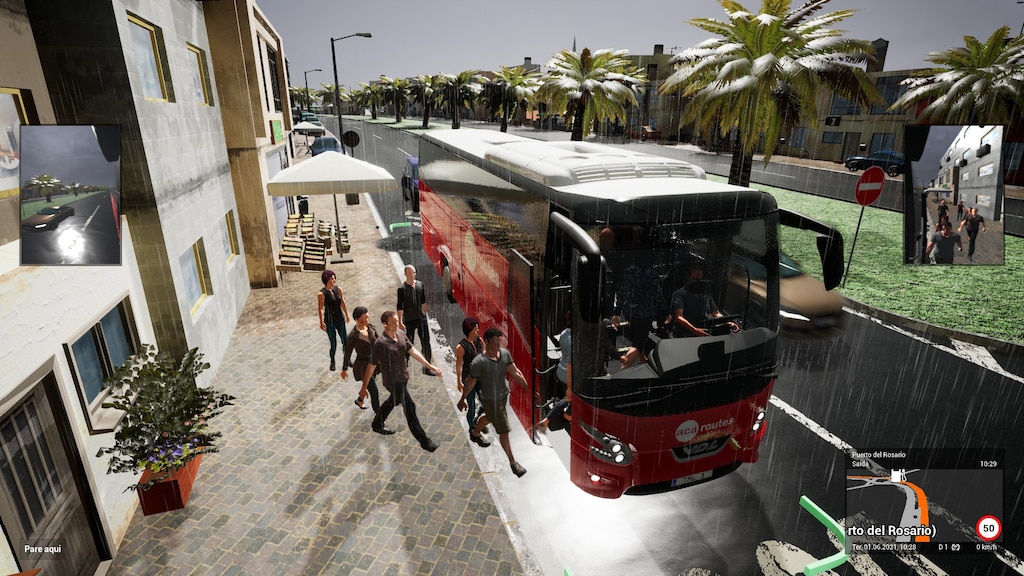 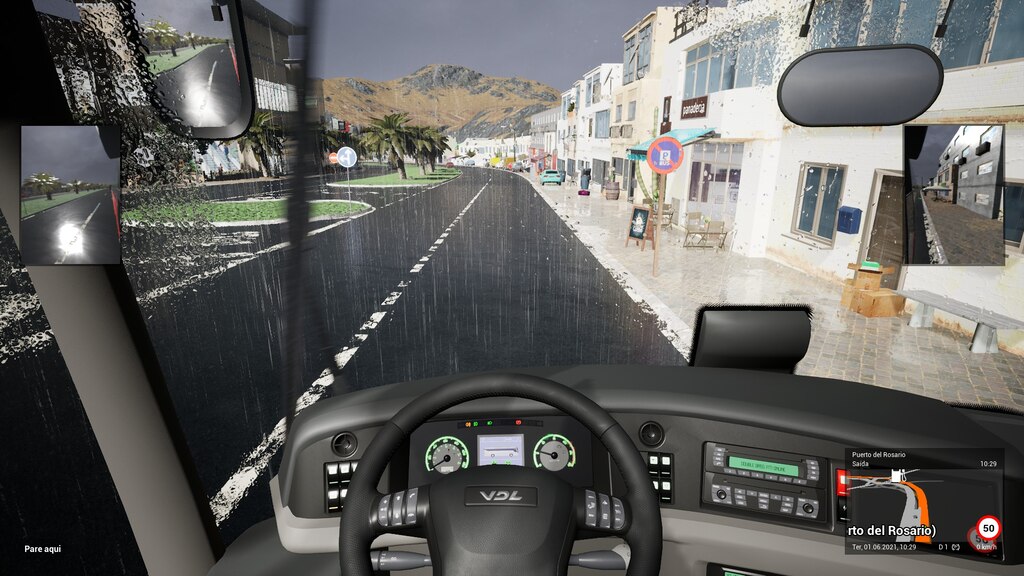 AlexandreSB
View screenshots
Disappointed
Ive recently bought the game and was really looking forward to it, its been out 3 years and i thought the bugs would be ironed out and information on how to exactly use some of the things in the game would be available. Gfx are stunning but im not really getting anything from the game, roads are far to small for the coach meaning every run you cant help but crash because the AI is crap, if you stop to let them go , they stop , you move they move, 3 years and its just poor that it hasnt been fixed. The buse...
3

Rhum
Aug 29 @ 5:26am
General Discussions
No one has rated this review as helpful yet

Not Recommended
0.9 hrs on record
doesn't even run lol