Agent Nelson Tethers just solved his biggest case yet. So why isn't he satisfied? Venture back to eerie Scoggins, Minnesota to solve the mystery of "the Hidden People" once and for all!
$4.99
Visit the Store Page
Most popular community and official content for the past week.  (?)
Game doesen't start on MAC
Anyone knows anything about this problem? I got a crash report every time I try to play the game. I did a reinstall, doesen't solved the problem.
106 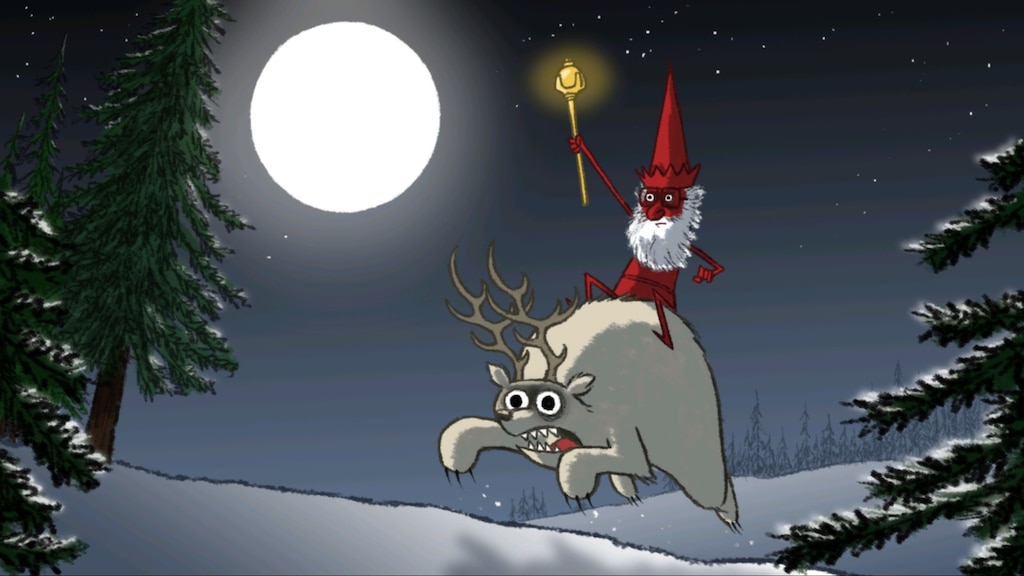 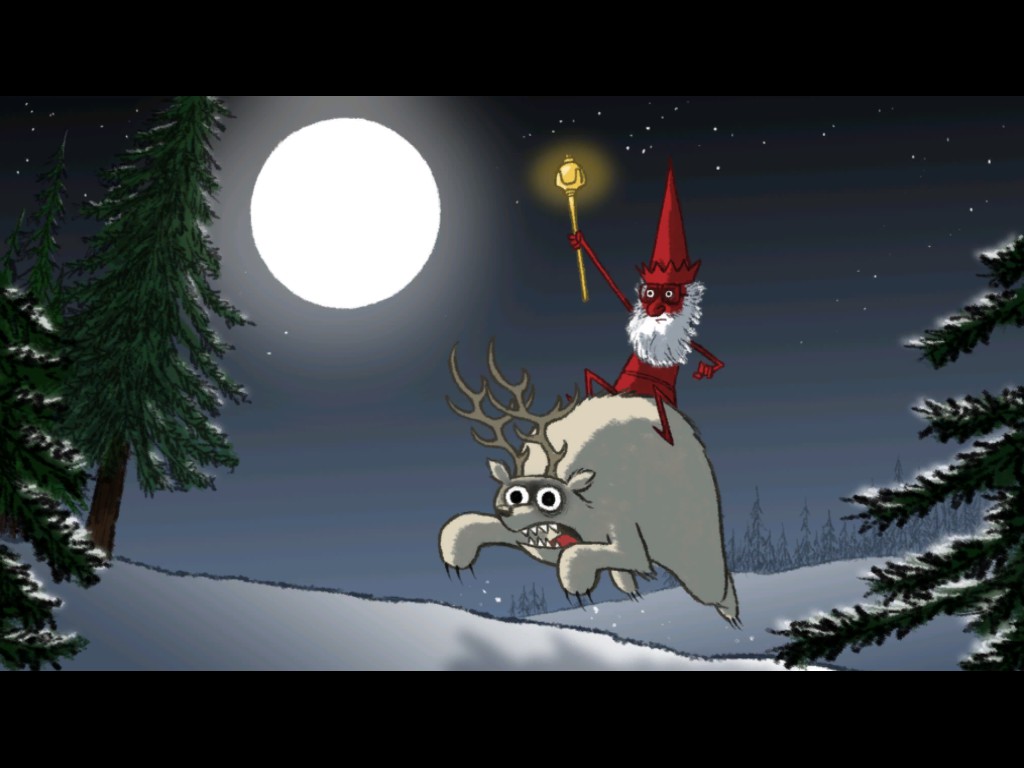 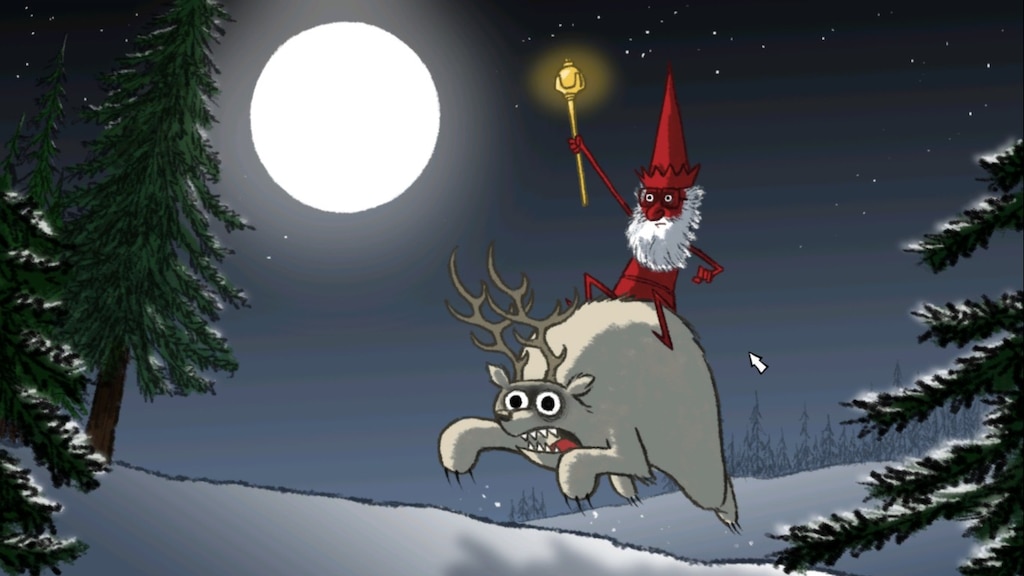 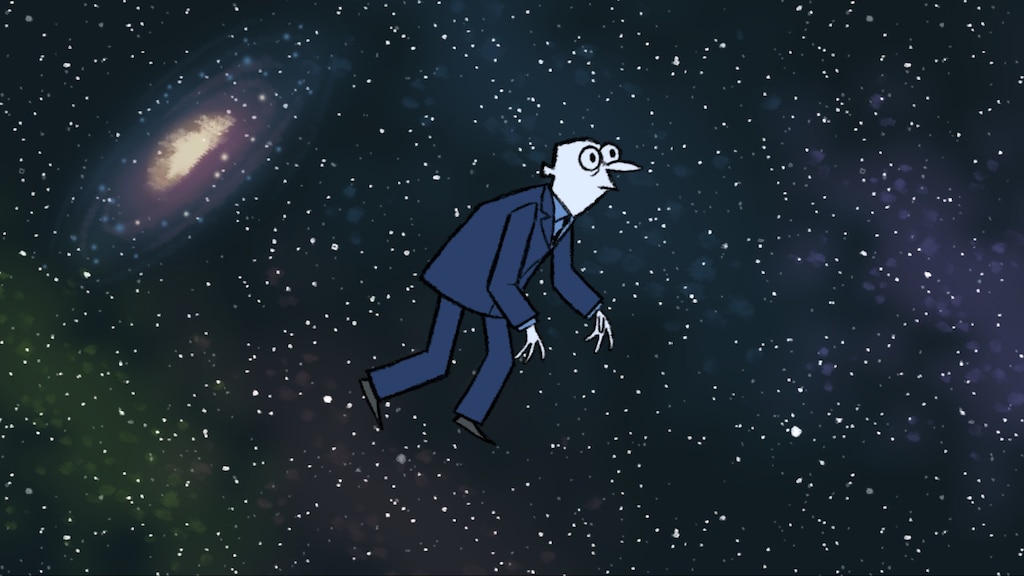 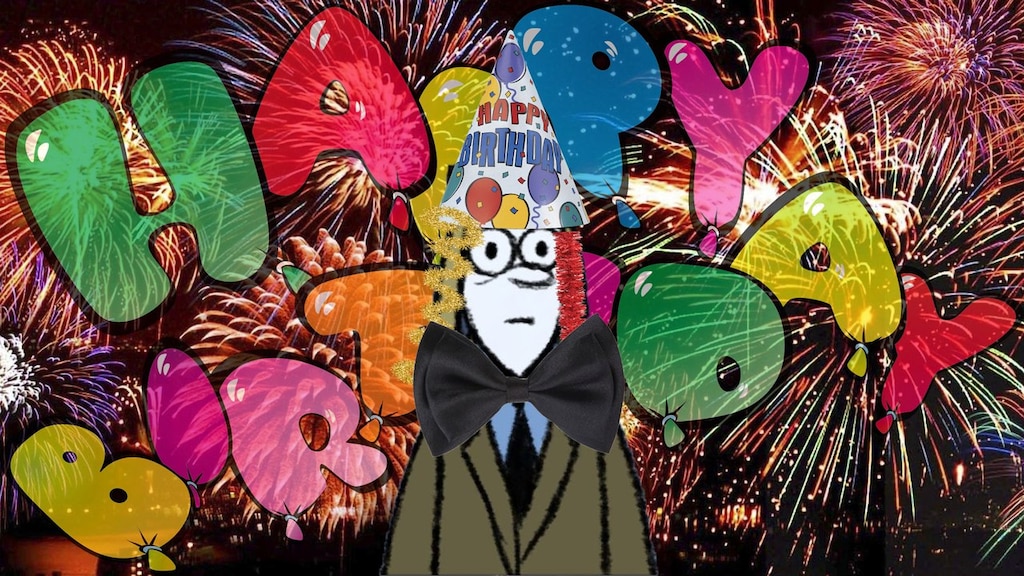 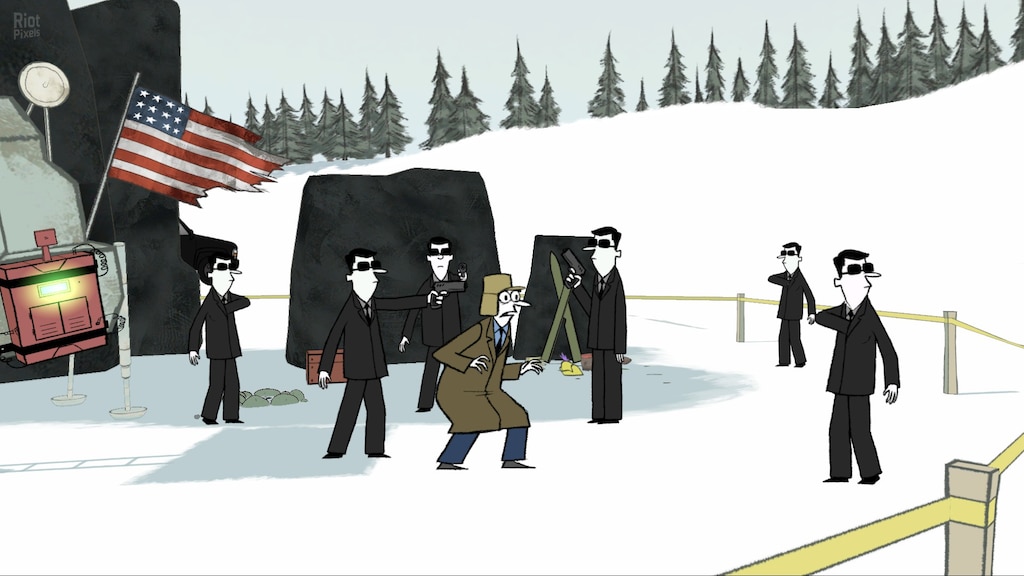 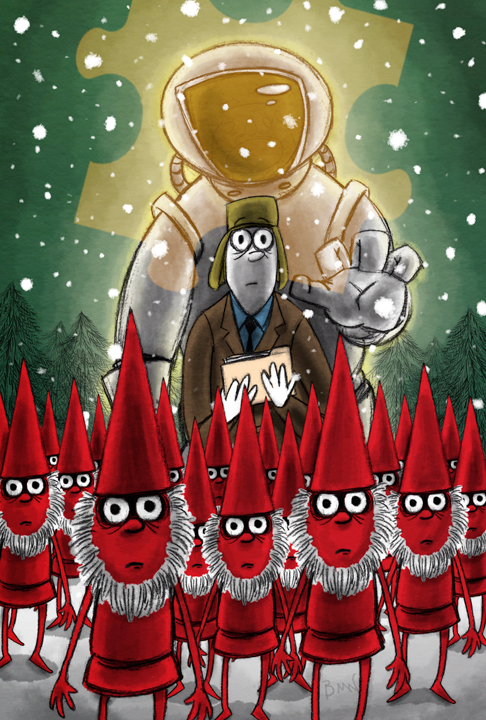 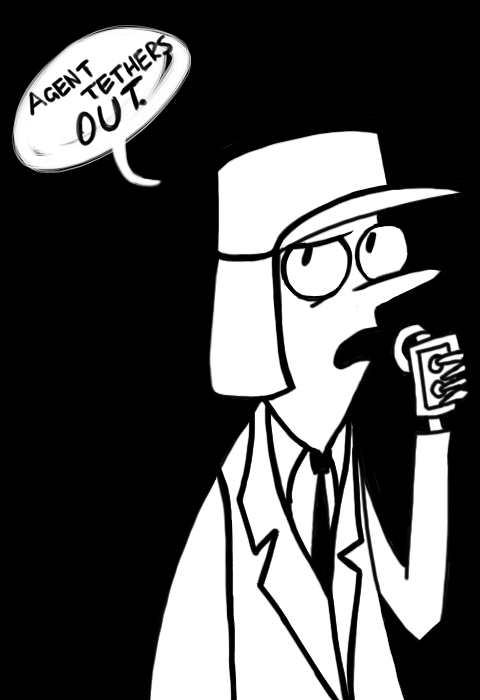 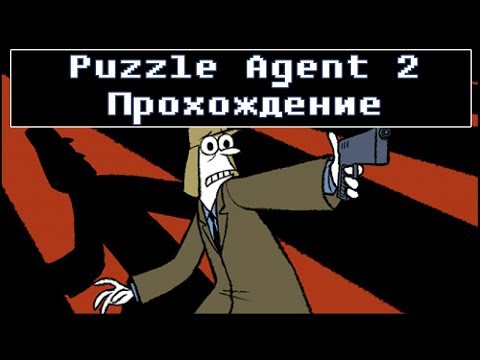 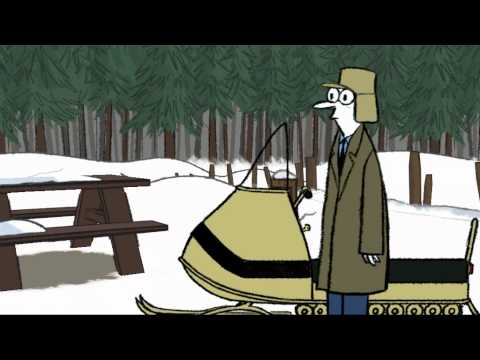 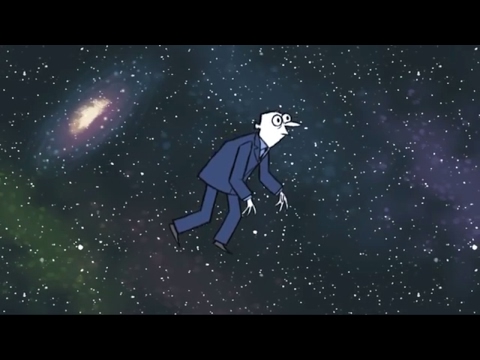 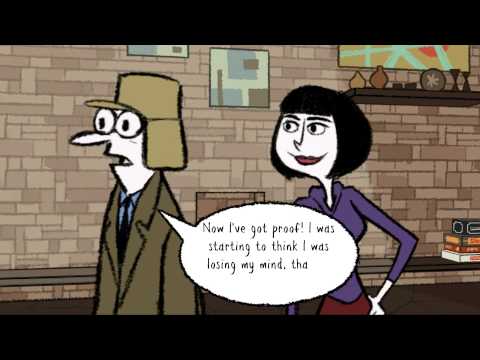 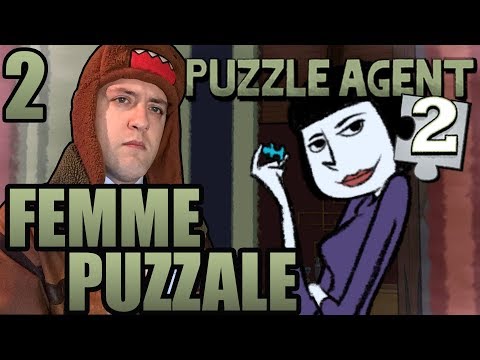 ForceRaider
View videos
Ending was...meh
First off, SPOILERS! I just beat Puzzle Agent(PA) 2. Great game, but the ending seems to leave me feeling, unsatisfied. PA 1 was great from beginning to end. PA 2, at least to me, leaves a lot open and unanswered. Anyone else feel this way? I played the game with another person, and they also felt the ending seemed abrupt. The last puzzle being timed and failable, giving you two endings, but you have to complete the entire game again to get the 2nd ending. A sasquatch appearing and throwing the device ...
4

D.A.R.K.
May 7, 2021 @ 10:15pm
General Discussions
Digits in space is BS
yes,I totally remember Pi to the 8th decimal. Stupid "puzzle" that can't be answered unless you have real world information.
9

Unbread Avenger
Oct 18, 2019 @ 2:08pm
General Discussions
Missing people
What actually happened to all the missing people? Did they just go mad from the rays or something?
4

Bathroom Guardian
Mar 2, 2020 @ 8:30am
General Discussions
No one has rated this review as helpful yet

Recommended
7.9 hrs on record
The sequel to the original point & click puzzle game. This series remains strong, and isn’t as flawed in the puzzles as the original, though there are still some issues. Overall, a good game. Read on for a more in-depth review:

Art
The art remains a very cartoony, abstract, newspaper comic looking style. It works very well with the humour. You either love it or hate, I quite liked it though.

The original would often zoom-in, and the drawings didn’t appear to be high enough in resolution, or there was a stylistic mistake, as it just didn’t look right to my eye, but this is resolved in the sequel. There are, however, some parts where the limited animation looks particularly goofy and could have done with a drawing or 2 more.

Writing
This game picks up where the previous left off, many seem to find this good, personally I liked the previous game leaving on a bit of a dour and realistic note, where the case is solved and all the other mysteries remain unsolved. I thought it also made an excellent set up for the series; A boring FBI man who is in the “Puzzle Division” comes to solve a very unremarkable problem, things somehow get paranormal, but once the original problem is solved all the other problems are swept under the rug and the case is marked “solved”.

It felt like a comment on actual Crime Investigation or Bureaucracy. However the “Oomph” from that ending is removed by the continuation with this sequel.

That said, the sequel still has some solid writing. The characters remain fun and the twists and turns keep you interested. However there is an issue with the conclusion of this game that I felt needs addressing:

So we find out many more people have gone missing from the town, originally it’s suspected that the “Hidden People” kidnapped them. Later the main character suspects a group of astronauts to be killing people. This is likely true as a group of insane astronauts did indeed crash into the forest, but they are never really addressed. Did the FBI apprehend them at the end? How did they survive for so long? Why were they able to get away with so many murders? Why weren’t we murdered by the astronauts when they attacked us? The Police chief was originally suspected of protecting the Town’s brotherhood from their crimes, but it turns out they had nothing to do with this, so why was he not investigating the actual straight up murders? Were the murder cases solved at the end, were any of the bodies found? Was anyone still alive? This is a huge chunk of the mystery in the game and it’s completely unanswered, and it isn’t a deliberate thing like in the last game.

It’s also such a coincidence in the story that the ship landed in the same town as the guy who discovered the formula for Lunacy used for the astronauts weapon… and speaking of that weapon, why did we not stay insane after being blasted in the face by it, like the astronauts?

Also I feel like other character’s deserve a little closure in the end, such as the Girl with conspiracies regarding Bigfoot, that turn out to be right… she deserves an apology.

And why weren’t we fired after everything!?

Overall, still a fun story, but with tons of holes and a fairly sudden and unsatisfying ending. More so than the original, in my opinion.

Gameplay and Puzzles
Same as the original, however the puzzles are generally more well designed. Previously some puzzles would mark you wrong despite solving the puzzles within its rules, as the game designers hadn’t predicted multiple answers for their puzzles. There were also some puzzles that really depended on leaps of logic that couldn’t be solved without the hint system.

With the puzzles this time; I didn’t run into any rejections for my answers, for an answer that should have been correct.

However there was a problem with the puzzles either not giving you enough information
For example: I got the puzzle “Gnome Appearances” wrong, the characters state right before the puzzle starts that the “Gnomes are trying to go somewhere”. The puzzle shows photos of going to-and-from the earth & moon and we need to put them in sequence. Given the prior statement by the characters, I’d arranged the sequence of photos to show the Gnomes going from earth, to the moon. This was wrong. All information I’d received should have made my answer correct, but just a little more info would have shown me the correct answer (moon to earth).

Another problem is the puzzle expecting you to know some certain outside information; There is a puzzle that expects you to realise a string of numbers are from pi, and then continue that string of number, but who off the top of their heads knows the numbers of pi?

A good puzzle should contain and use no more information that that given for the puzzle. So this was a problem not present in the first game. It’s two steps forward, one step back.

Conclusion
It’s a shame that there appears to be no more sequels coming. The characters, set-up, puzzles, story and all were charming. It was a flawed, but still very enjoyable experience.