Alex Chen hides her 'curse': the psychic power of Empathy, the ability to absorb the emotions of others. When her brother dies in a so-called accident, Alex must embrace her power to find the truth.
$59.99
Visit the Store Page
Most popular community and official content for the past week.  (?)
First 15 Minutes of Gameplay
Sep 3
Can't wait until next week to start Alex's journey in #LifeisStrange #TrueColors?

Recommended
9.5 hrs on record
I was going into this with as low expectations as possible, memories of LIS2 still fresh in my mind. If anything, I thought, I will just have a laugh and play through it because of how bad it is.

Deck Nine really did manage to stir into the right direction just as everyone, myself included, decided that the ship is as good as sunken.

You are greeted by the colorful, vibrant visuals; both the breathtaking opened landscapes and the cute little streets of a small suburban town. Honestly, all the love, care, and attention to detail that went into creating Heaven Springs are visible from the very first hour of the game; the usually moderately boring choir of exploring every single interactable thing (don’t lie to yourself, it is somewhat dull sometimes) is actually pleasant in this game for the very reason of how aesthetic, welcoming, and satisfying the visuals are, including the interior design, where everything is exactly where it belongs and every single little thing seems to have its place.

Once you’ve somewhat accustomed to how incredibly pretty the town is, you’ll see that the facial animations are completely on par with it: sometimes a character will express their emotions by simply making a face and you will have no issues understanding what they meant. There is also an awful lot of looking: awkward glancing, confused blinking, eye darting, and trust me when I say this, you will read into it all perfectly because it is that good.

Characters in this game are also so incredibly compelling, simply by being carefully well-written and therefore easy to relate to. They are simple, but in a good way; understandable, with clear intentions and reasons for their actions, even the ‘bad’ ones. This is achieved, no matter by design or not, through Alex, who is supernaturally (duh) empathetic. However, it is not just a game mechanic - to explore other’s emotions - but an actual tool to understand and unravel the characters as Alex does so, together with her. And you only understand how much you as a player were in tandem with the main character after the end credits roll since while playing it was so seamless and natural.

The romance plotline is nothing but endearing, both available characters having their own, special chemistry with Alex. Ryan ended up being the only guy in so very long (since Alistair in DA: Origins, to be precise) that I’ve actually considered romancing. With no luck though, since Steph. Nuff said.

There’s not much I can tell about the story without spoiling it. It is slow-paced, focused heavily on emotion rather than action. But, with characters such as this game has, it was honestly more of an advantage; it was an absolute delight to explore them. There is a customary plot twist at the end, however, and to me it wasn’t obvious till the very last moment.

Music is, as always, woven into the story flawlessly, creating that same unique LIS universe atmosphere that was still present even in the second game. As usual, I will save the entire playlist and enjoy it long after I’ve finished the game.

You know what, I will even dare to tell you that this (in some instances) is a better game than the original LIS. There it is, I said it, sue me. Actually, wait, don’t sue me, just go give it a try.

It’s worth it, I promise. 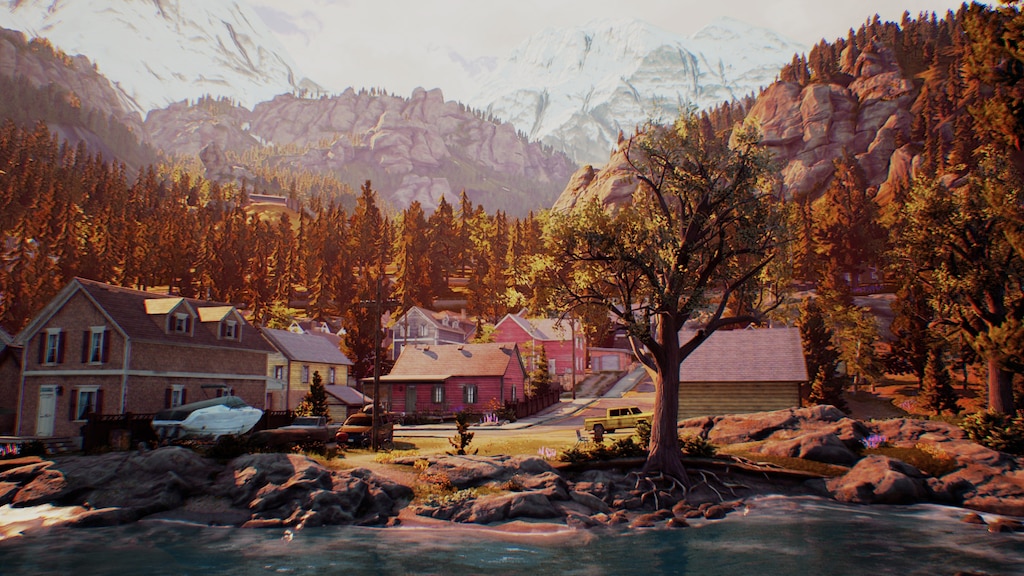 Recommended
16.6 hrs on record
Not native english, trying my best:

If you are a LIS fan you will enjoy True Colors.
I haven't played LIS 2 yet but I did play LIS and BTS and i think that BTS and LIS are slightly better.

My biggest Issue with the game is that it is WAY too short.
i have 16 Hours in it and i was roughly 6 Hours afk with the game open in the Back and I finished it.
If you charge 60 Euro for a Game like this you should offer a little bit more than 10 Hours.

+ Amazing Characters
+ Great Sideplots
+ Vibrant and lovely Scenery
+ Fitting Music
+ Overall all I am looking for in a LIS Game.

- Mainplot ends somewhat weak
- There is somewhat of a plothole which results from not giving the Game 1-2 more Chapters
- Game is WAY! to short.


Do yourself a favor and wait for a sale tho. Length is easier to digest if the game costs 10 Bucks instead of 60.

The Story was rather simple and given you have played LIS before you can kinda guess how things will end up rather quickly. But it didn't feel bad, because the characters are so lovely and every time a long the way i felt like you can understand why they act in a certain way.

The chapters also feel really lovely even tho i do feel like that Alex handels the situation too good too quickly. Even tho there is a small timeskip hinted it still don't sit quite right for me how quickly she goes from griefing to Detective mode. Now I do understand that people grief differently but in this specific case it made the Story feel rushed once in a while. Combine that with how short the story actually is i feel like there could have been atleast 1-2 Chapters more, I also think the story and characters would have made adding some chapters easier and the game would overall feel a bit smoother without suffering from bloated storylines.

The last two chapters where my least favorite. I know they are supposed to be the big reveal but i do feel like they key points from alex past where too rushed for me to care about their father. And if i cared it would have been a negative emotion rather than a sad one too. It doesn't really add anything to have him be one of the miners killed and I think the story could have been gone a better path here. Also i don't think that mine would have caused any issue to typhoon given the inspector has not alex powers so there for i do feel like the conclusion also doesn't really make sense but with a bit of imagination its fine, i just wish it wouldn't have been alex father as I really have 0 emotions for him at that point. And thats why the last Chapters really didn't do it for me.

The chapters and scenery around haven are super lovely tho. The music is great at enhancing the story and the chapters are cute but heartbreaking at the same time. I also feel like the decisions really make you think a lot which I really like. I enjoyed exploring the scenes and the Spring Festival & LARP Event for Ethan were some really amazing Chapters.

The Idea of the Haven Social Media was also a really pleasant one. It made me feel more connected with the characters and story and i loved reading it.

Overall i really liked the game and I am going to re-visit haven for achivement completion, replaying other choices and see if it makes more sense, romancing steph instead of ryan (i really just like the dork) and for Stephs Story.

Recommended
30.5 hrs on record
Its not the original Life is Strange with Chloe and Max but its still a nice atmospher with an interessting story. The animations are amazing and you can really read the emotions and character by their movements. 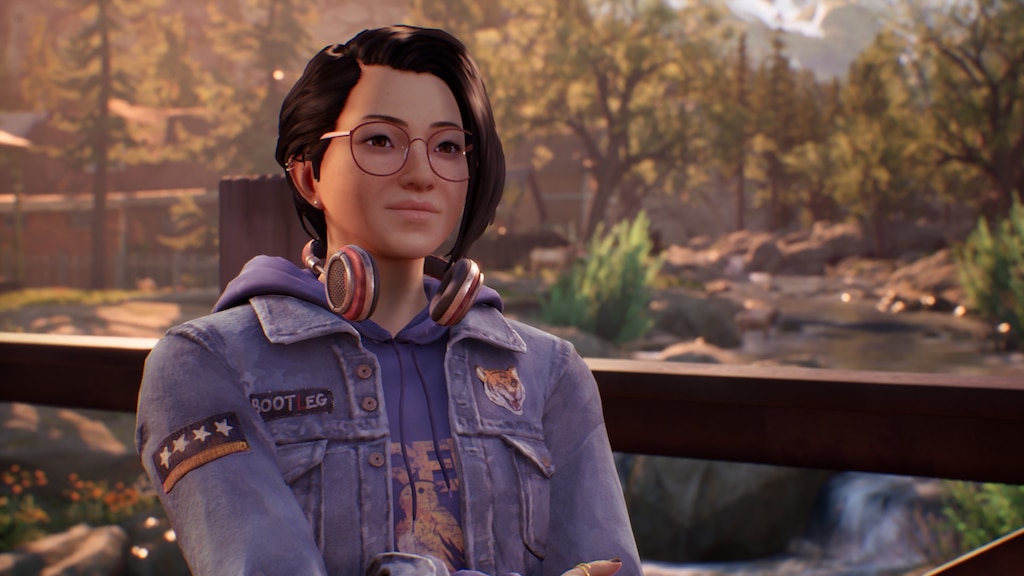 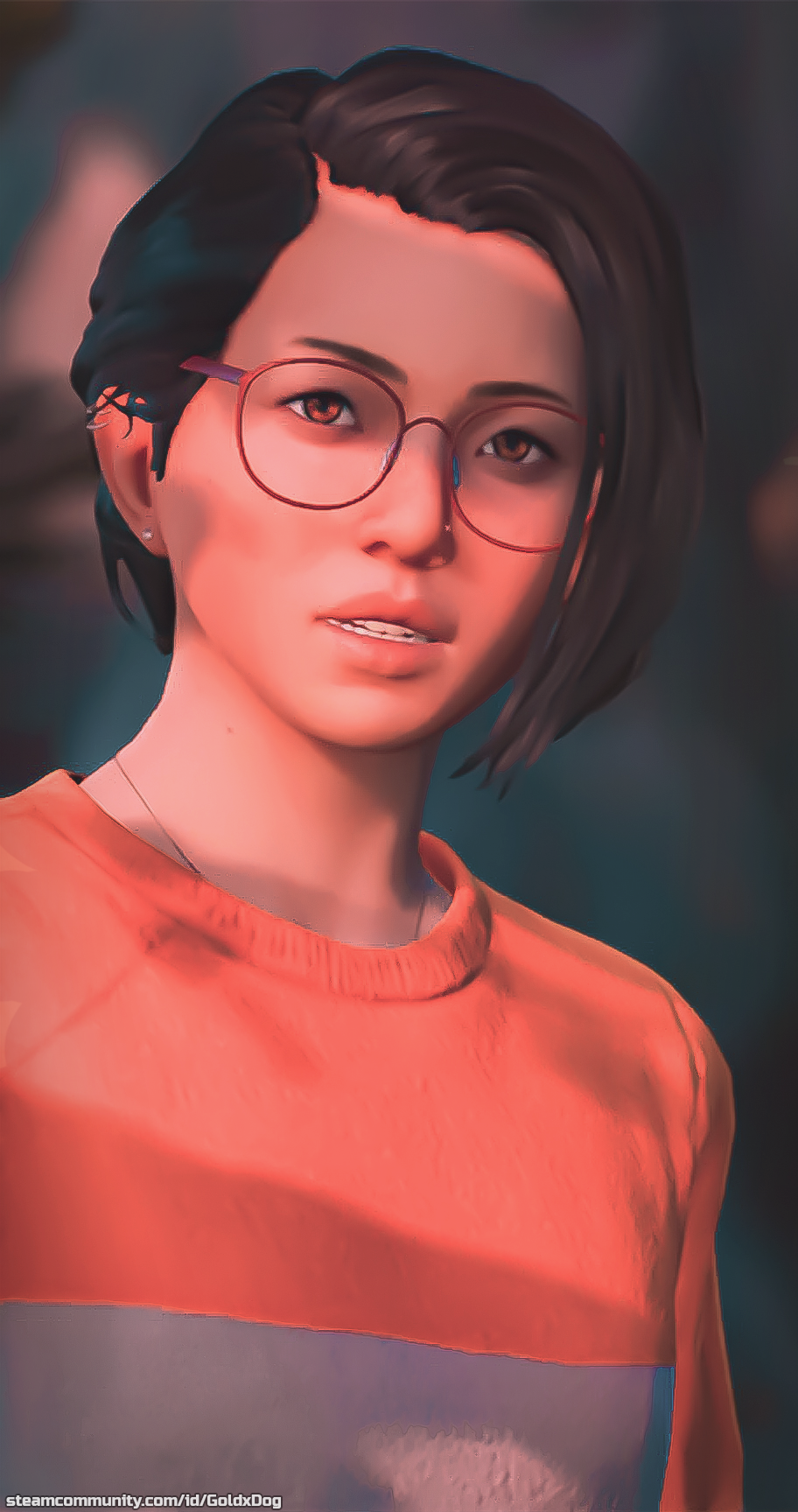 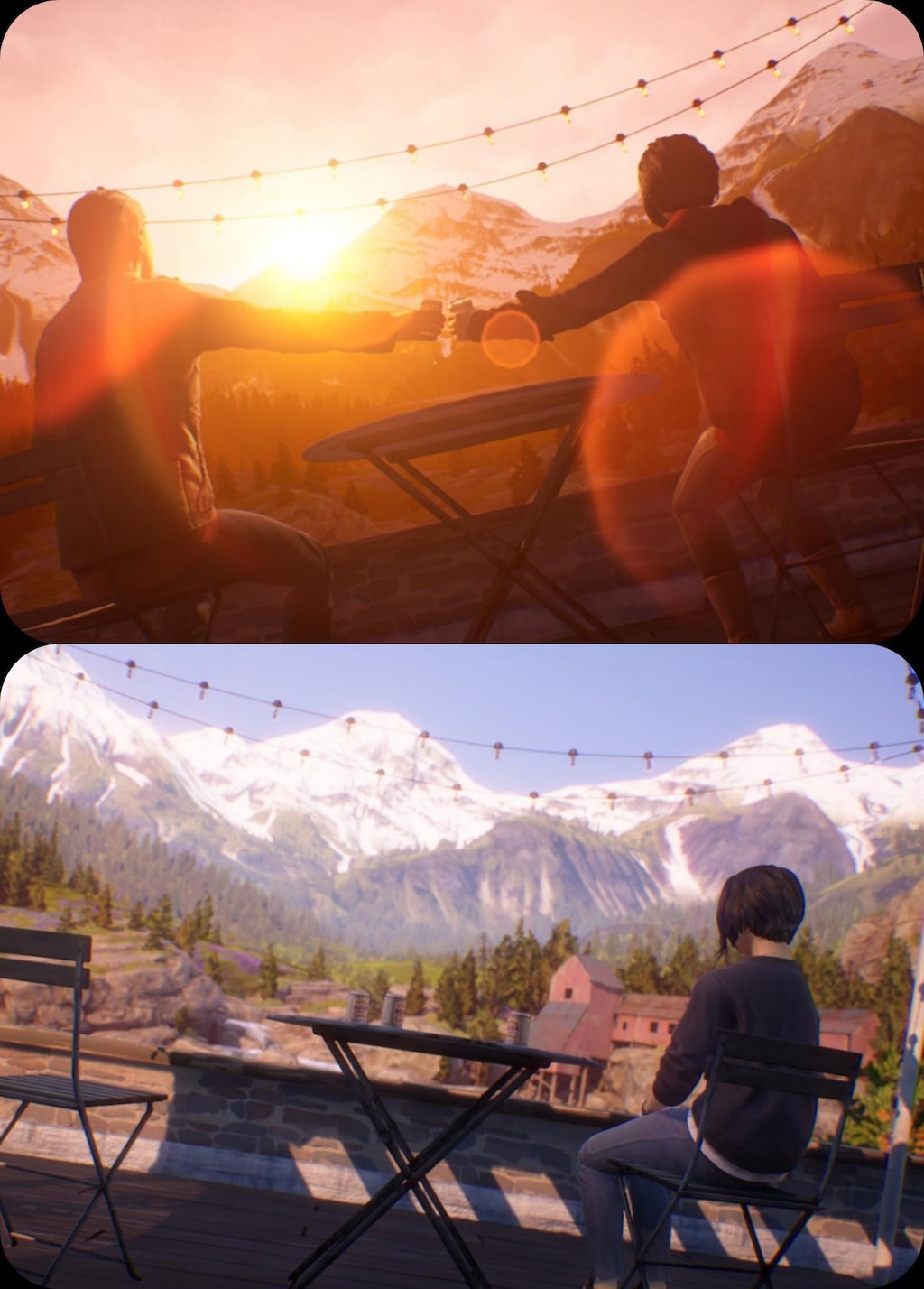 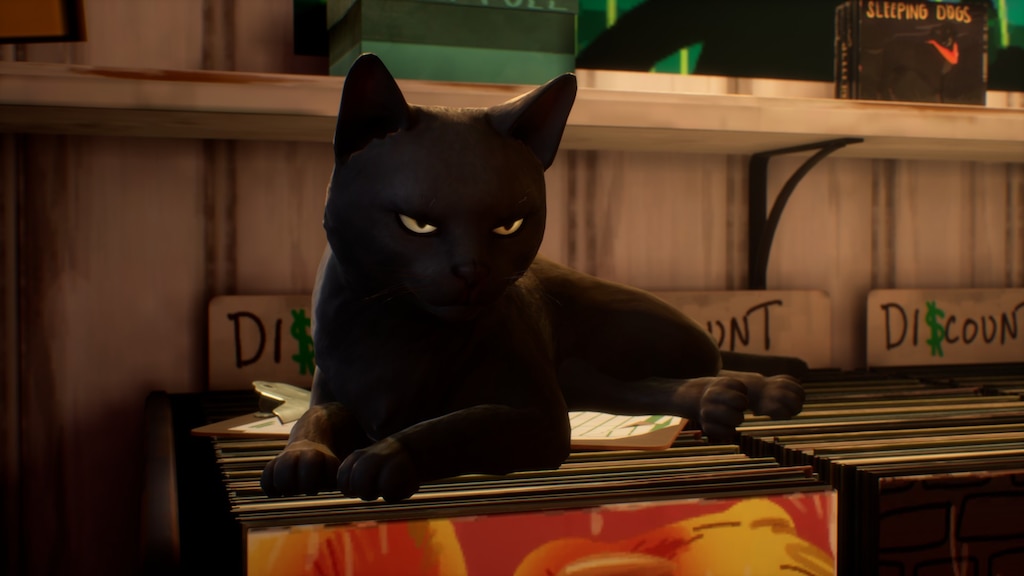 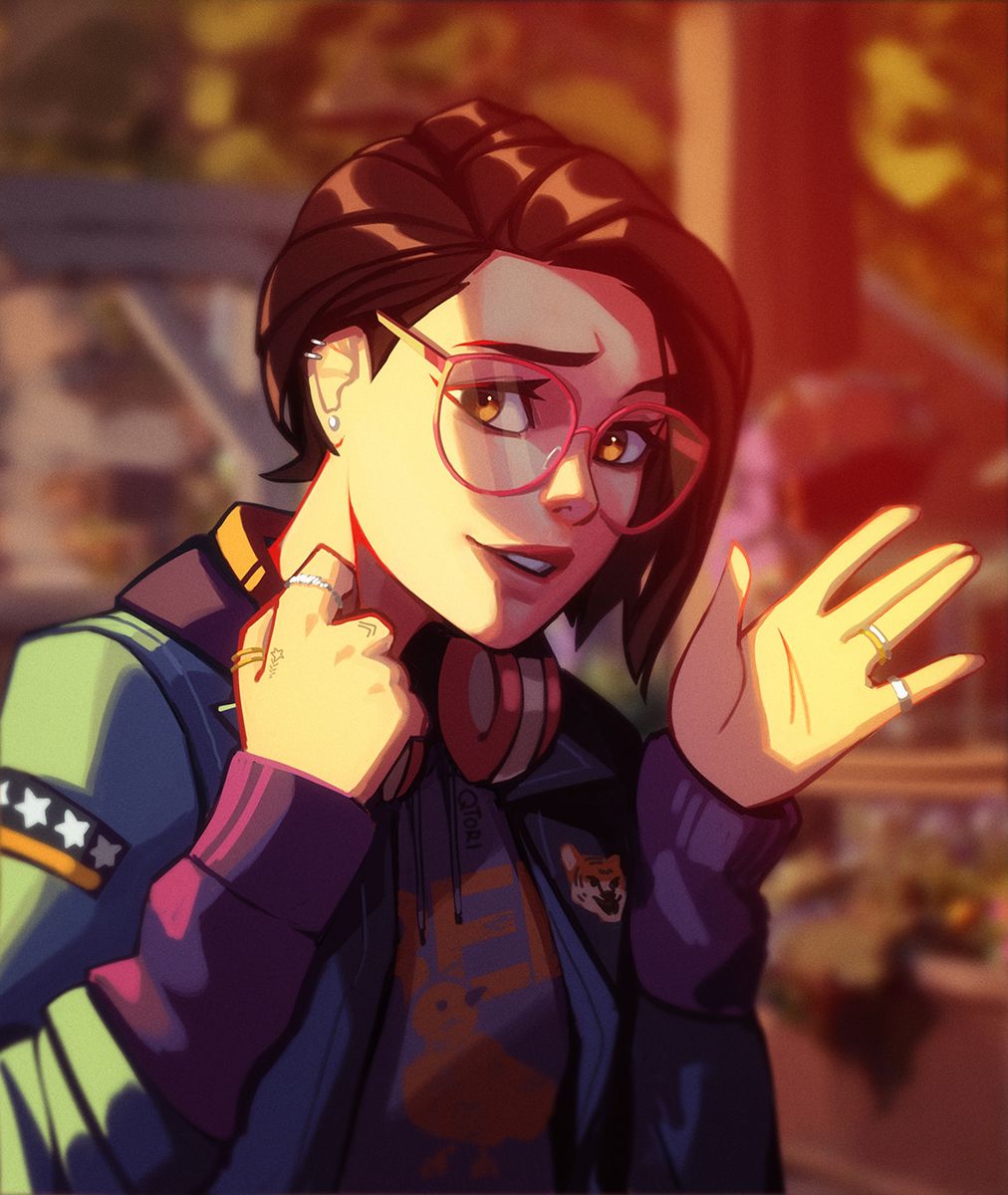 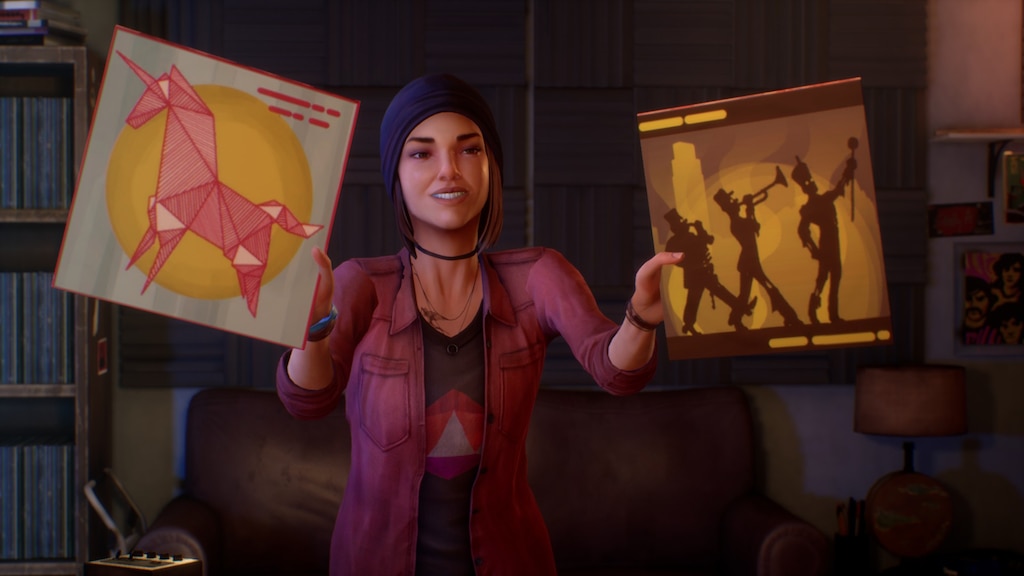 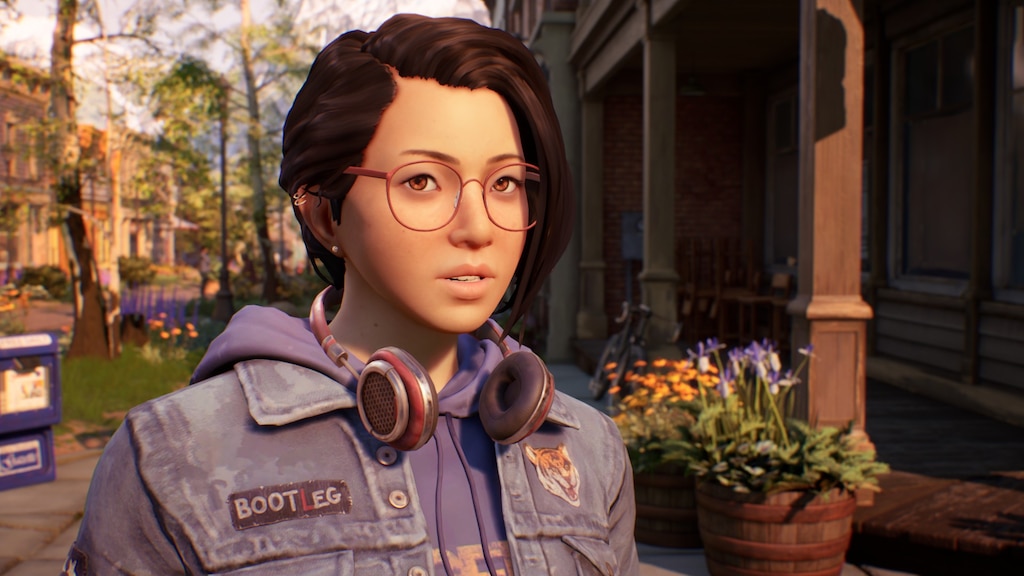 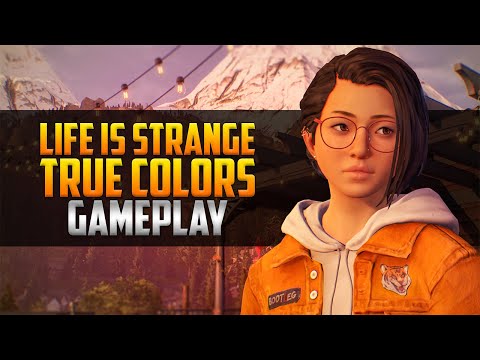 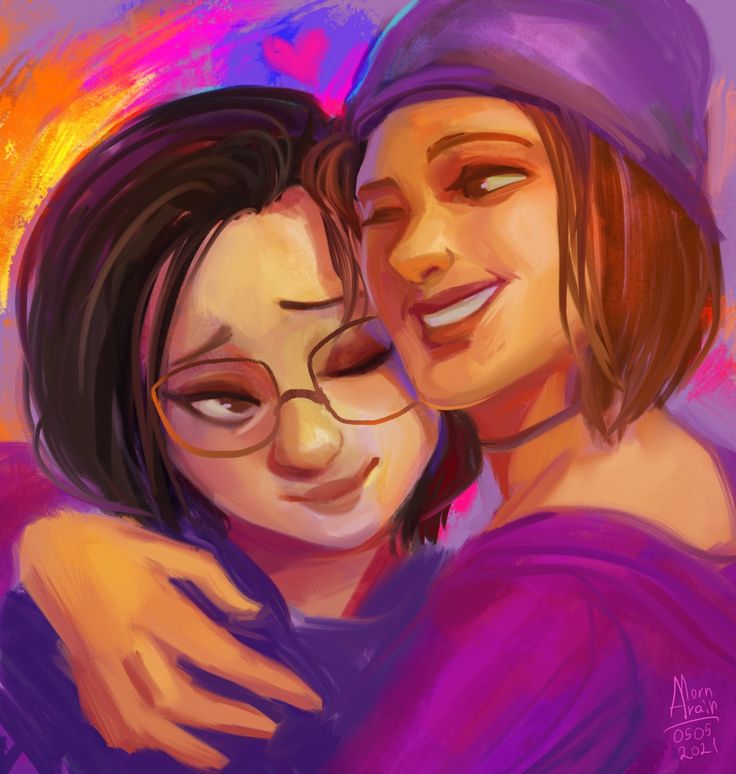 1
3
Alex and Steph - art by https://www.deviantart.com/arainmorn

All Choices and Consequences
Here are all of the different Life is Strange: True Colors endings and choices. Guide contains spoilers. Proceed at your own discretion.
34 ratings 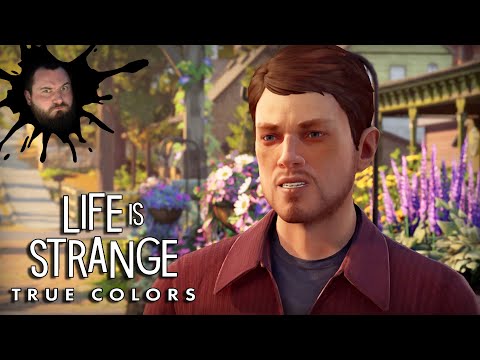 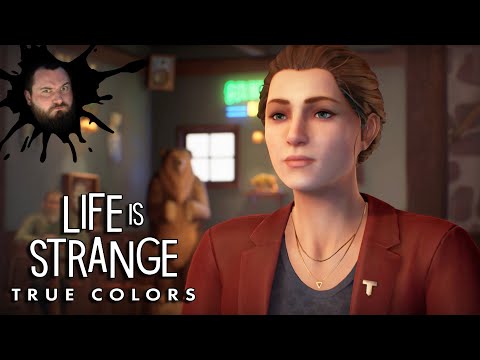 Winning The Jukebox Game With Steph
Steph and Alex are playing a Jukebox game. If Alex wins the game, Steph will have to drink. 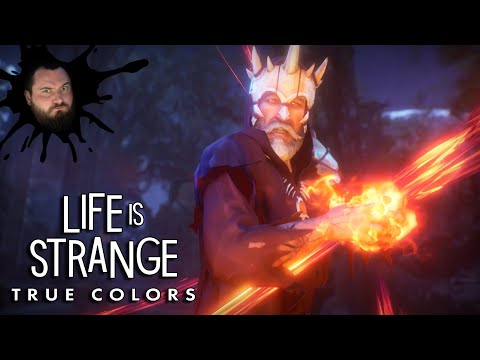 Life is Strange: True Colors
423
24
Life is Strange: True Colors - Steph 'Wavelengths' DLC Official Trailer
Aug 12
Step into Steph's booth as the all-new radio show host for KRCT: Haven's best - and only - radio station. Over four seasons, discover more about Steph's past and her relationships as she makes her mark on the record store, uncovers its secrets – and decides her future.

Life is Strange: True Colors is out September 10, with Steph's DLC, 'Wavelengths', available September 30 on PlayStation, Xbox, PC, and Stadia, and coming to Nintendo Switch later this year.

Life is Strange: True Colors
462
19
Deck Nine made China mad
I'm actually okay with purchasing this game now at it's absurd price. I think I'll head to the beer store and grab me a 12 pack and have a drunk gaming night. Deck Nine is now on my super cool list.
67

Tesc
11 hours ago
General Discussions
I love this game but Ethan is annoying! that Indian boy!!!
and her mom ugly 1000% in something like that Gabe was in love WTF???
7

Alina
5 hours ago
General Discussions
This game doesn't seem popular.
I have no idea if we've learned our lesson or not, but shoving politics down people's throat, no matter which side you lean, basically destroys your product. Now I may be wrong and this game might be as good as the original (highly doubtful), but with that price tag and 8 hours of game play? Good luck. I really hope that one day we can stop with the bs. And I honestly mean that. You can accept people for how they are, write characters how you want and still not trash the other side of the aisle. There is ...
207

Tesc
Sep 15 @ 1:34pm
General Discussions
Bald man? Disappointed in Deck Nine
It seems that Deck Nine is going out of its way to be inclusive, but in chapter 2 there is a man with the sole description of 'Bald Man'. So that's OK? Why not have 'Fat Woman' as someone on the street, which isn't even as bad because people can lose weight. You can't grow hair back. Bald has always been used as a pejorative, 'It was a blind date and he was short and bald - no thanks'. Maybe 'Ugly Woman' would be a better match. Do me a favor and next patch change it to a woman with a descriptor 'Ugly ...
31